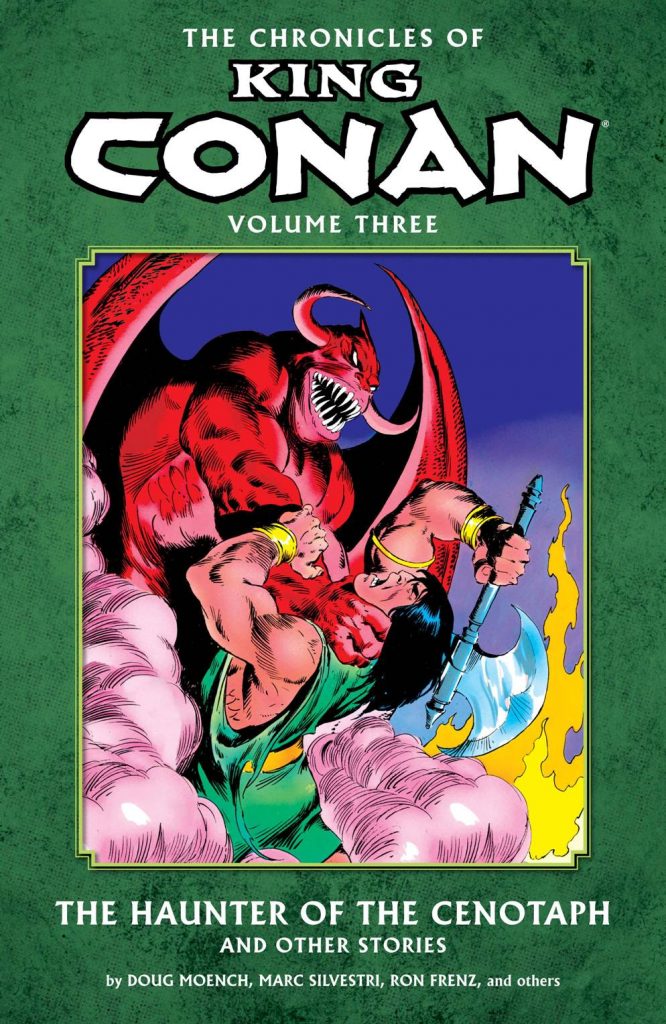 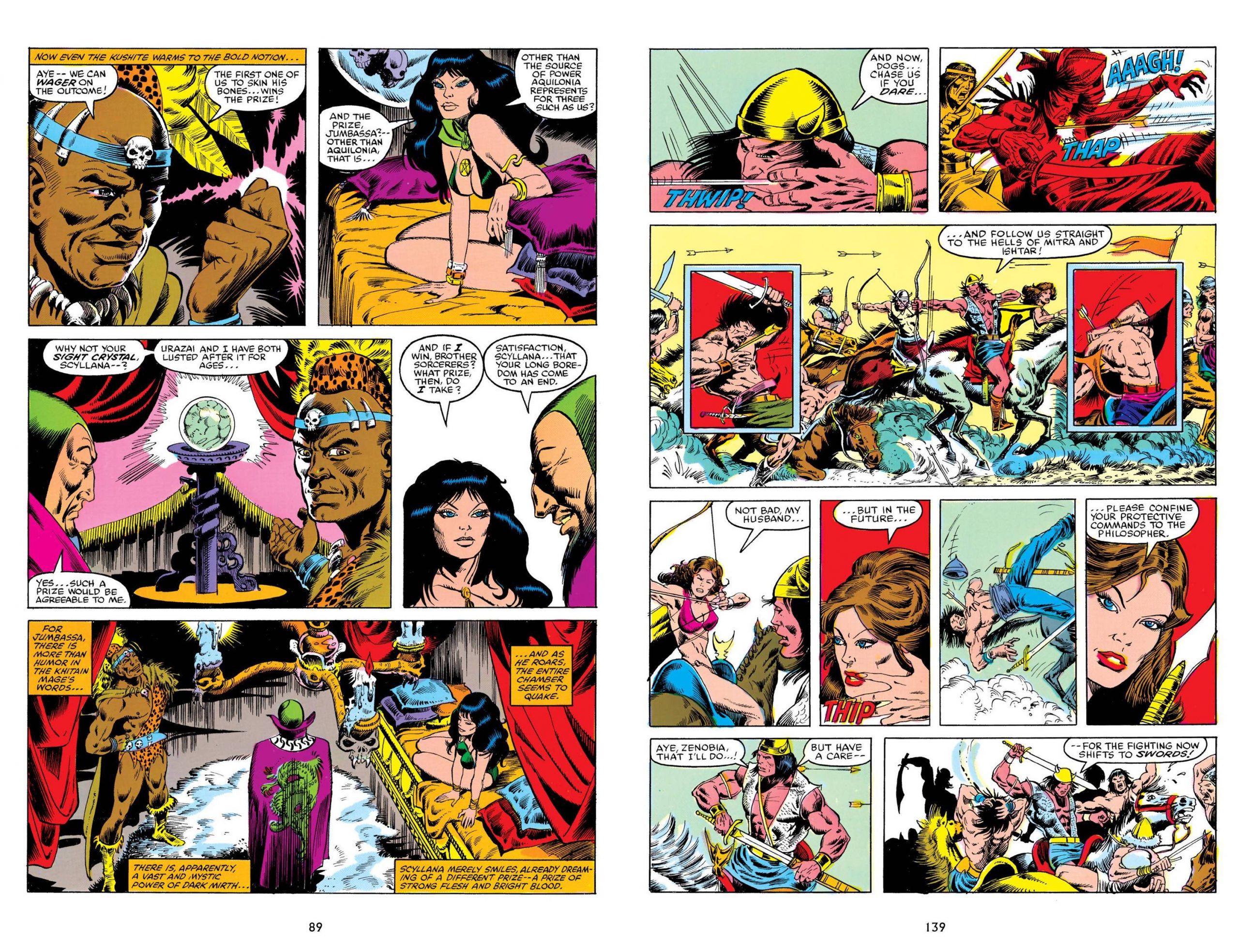 This third collection set during Conan’s time as King of Aquilonia, is the first to feature completely original material, all novels and short stories concerning this period already adapted. Doug Moench starts by picking up on a character introduced in Vengeance From the Desert, able to relate how the many small threats to Conan and his kingdom may be connected by something infinitely more powerful. As ever, Conan isn’t one to cower in the shadows, so departs to face the threat alone, but will even he able to cope with something described as being the true form of history’s greatest slayers and with a prophecy working against him?

That’s just the opener of a collection of thunderous offerings, collectively supplying pretty well everything a fan could want from a Conan graphic novel with one major exception. Many other artists have drawn Conan, some of them very well indeed, but none of them are John Buscema, and there’s no Buscema art here. Both Alan Kupperberg and the combination of Ron Frenz’s layouts and Ricardo Villamonte finishing the art draw on Buscema for inspiration, but Kupperberg especially falls well short in execution. It leaves Marc Silvestri as the artistic star turn, a major surprise for anyone who only knows the style he later adopted for Marvel’s superheroes and his own projects. Some touches and rushed pages betray a novice artist, but Silvestri’s effort is noteworthy, one page after another with detail poured in, people in backgrounds given a purpose, and if they’re absent Silvestri provides other decorative distractions. The sample spread unites pages from two different contributions.

As that art shows, the threat to Conan comes from the trio of sorcerers who united with Thoth-Amon in The Witch of the Mists. They failed then, but will they now succeed? Moench’s writing has to conform to a certain formula for Conan, and over the first three stories he’s guilty of bigging up a threat then dealt with all too easily. In those there are surprises, but Moench rarely stuns, although is unlikely to disappoint Conan fans. However, his final two stories are considerably better. While just letting her speak more than one line of dialogue would improve on earlier writers, Moench provides Queen Zenobia with a rounded role when she accompanies Conan in search of an earlier Aquilonian king. That’s followed by Conan’s past reputation resurfacing as he makes a new friend, and pride preceding a fall. Several times. Some of Conan’s most memorable moments have been buddy stories, and ‘The Looters of R’Shann’ is Moench leaving the series with his best contribution. Silvestri remains in place for The Prince is Dead.

Were one to make a selection featuring The Chronicles of King Conan’s best inclusions over the first three volumes, the result would be pure quality, but unfortunately the best is surrounded by the not as accomplished.