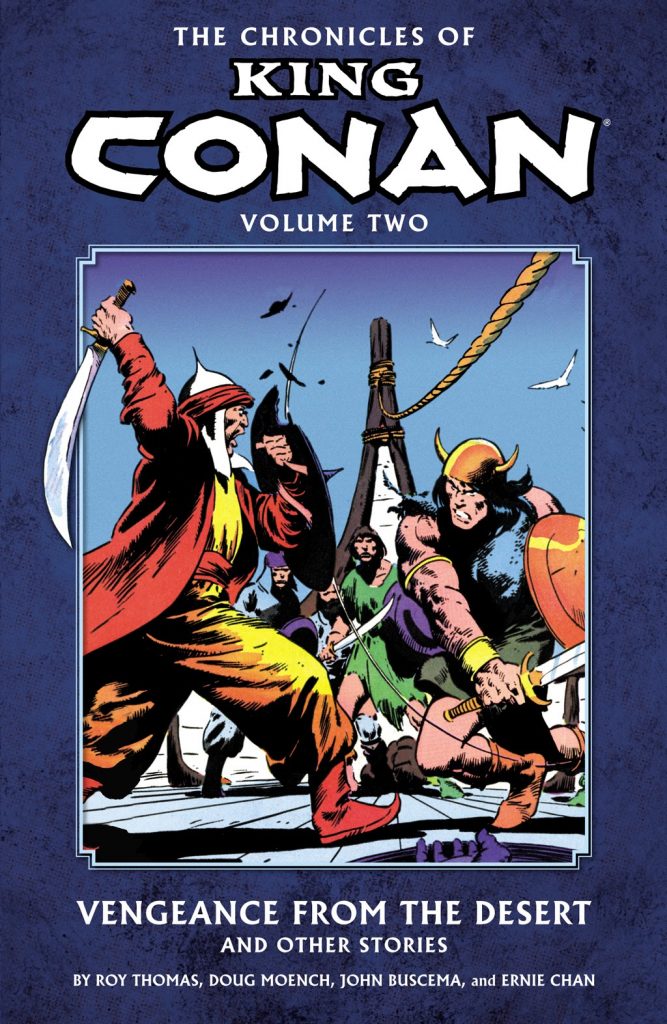 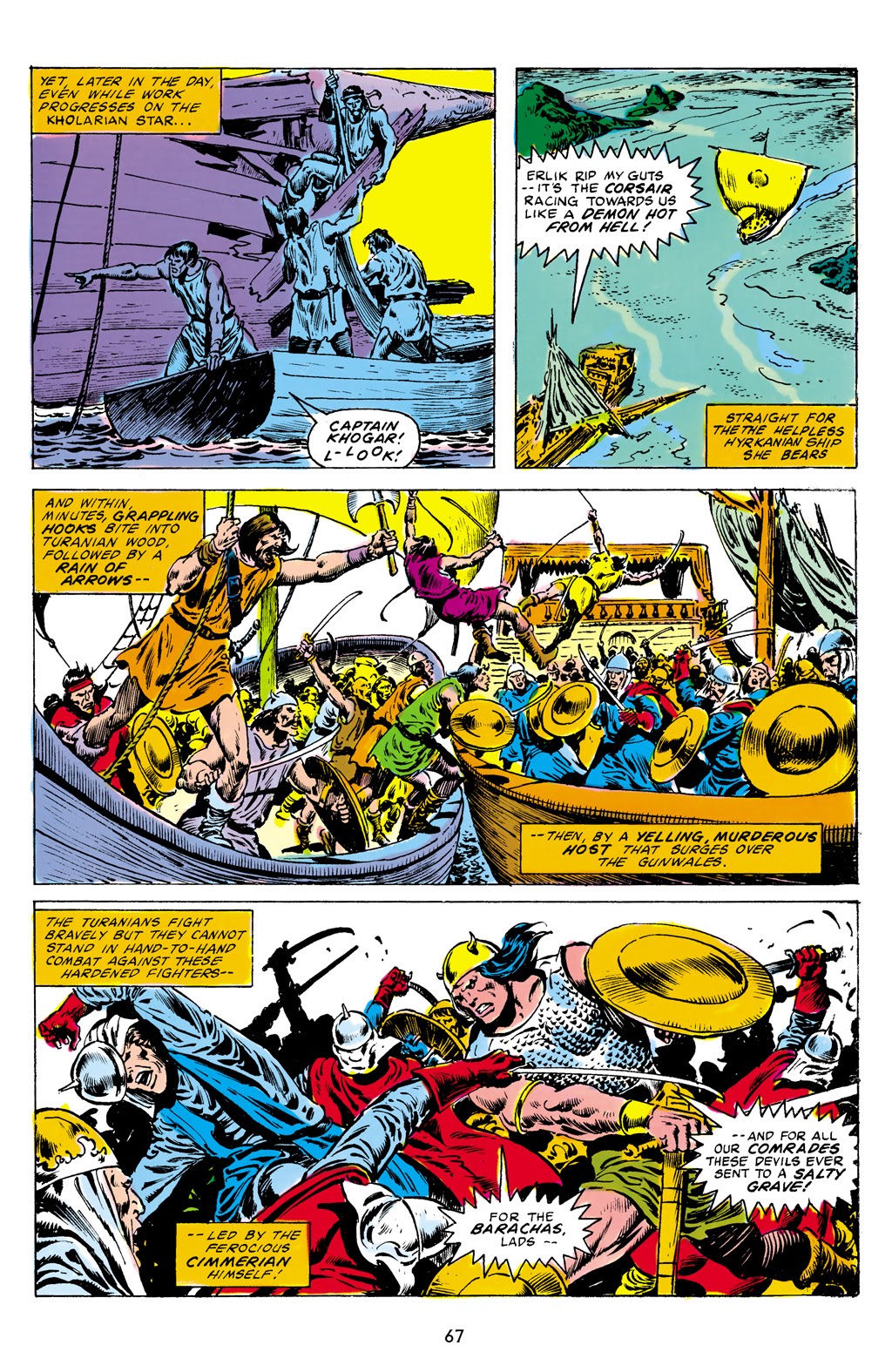 Vengeance From the Desert continues Roy Thomas’ adaptation of Conan the Avenger, the 1970s novel by L. Sprague de Camp and Björn Nyberg. The Witch of the Mists detailed how shortly after Conan’s marriage to Zenobia she was abducted, and how Conan decided any rescue mission was best attempted solo otherwise his enemies would take the absence of his troops as an invitation to attack Aquilonia. By the end of an entertaining opening chapter Conan had discovered his foe was a feared wizard, acquired some possible protection, and learned of the wizard’s confidence that Conan, otherwise favoured by the gods would be killed somewhere along his lengthy journey.

This skilfull adaptation by Roy Thomas is a clever, crowd pleasing story. It makes considerable use of people who’ve had cause to thank Conan in the past, either for their livelihoods or a life spared, and while there are diversions along the way, the primary quest is important enough that it’s never forgotten. It takes Conan into the desert, into a dungeon, onto the seas and eventually into the mountains before he’s reunited with Zenobia. It’s only the finale that disappoints, the threat all too rapidly overcome, so not matching the build-up, but otherwise this is first rate Conan. However, something’s gone horribly wrong in production for the final chapter, as the Eastern people of Khitai have oriental features and are coloured vivid yellow. There’s no excuse.

As ever, John Buscema fills the panels with a classical elegance. Because he’s drawn so much Conan the sample art might pass by as just another page, but take a closer look. Admire the work ethic, the amount of people Buscema includes in a battle scene, each of them in action among the chaos and never seeming posed. It’s not his most beautiful page, but there’s a magnificence to it. All Buscema’s pencils for Vengeance From the Desert are inked by Ernie Chan, who preserves the grace and power, while adding depth.

With Conan the Avenger adapted, Thomas departs, although he’ll return to draw the line under Conan’s regal period in Volume Twelve, leaving Doug Moench to write the final two stories. In the first it’s Conn who takes centre stage, having been a passive character in the adaptations, choosing to take part in a Pictish rite of passage competition. The thrills are there, but so are moments of predictability. ‘The Fang of Set’ suffers from Buscema’s absence, Chan providing both pencils and inks, in a coarse approximation of Buscema’s style. There’s no grace here, just sheer muscle. Moench might have thought to vary his plot as well, seeing as two chapters beforehand Conan had dealt with a giant lizard. That his method of victory differs this time isn’t enough. It’s a story where the reader knows danger accompanies Conan, but Conan himself doesn’t, the suspense stemming from whether or not he’ll be treacherously done in.

It’s no spoiler to reveal he survives, seeing as Moench continues the adventures of King Conan in The Haunter of the Cenotaph. So far his contributions don’t match the comforts of Thomas’ earlier adaptation.