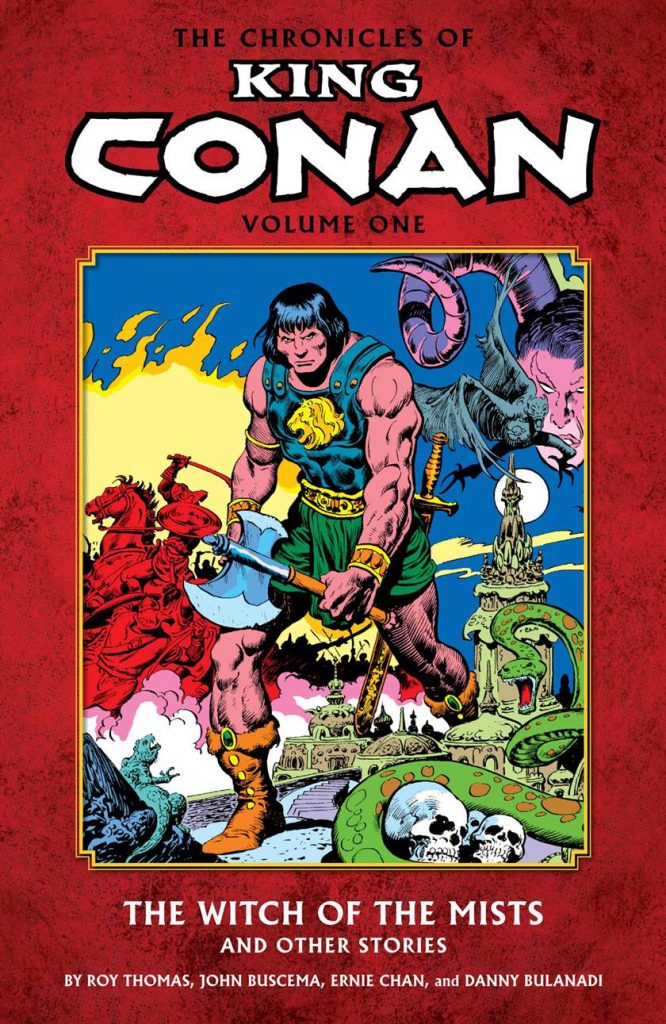 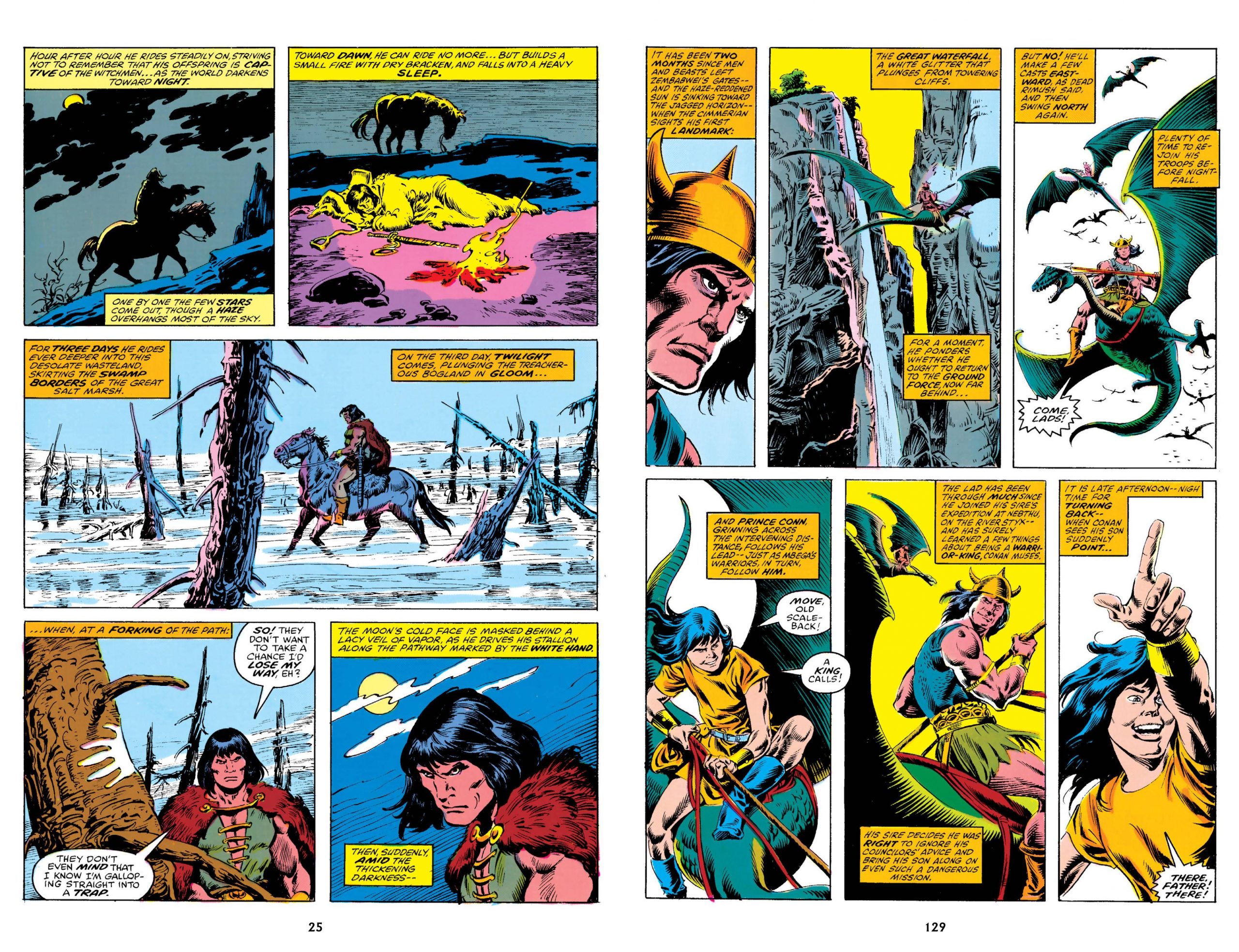 Conan the Barbarian’s creator Robert E. Howard may have mentioned at some stage Conan had a period as King of Aquilonia, but it wasn’t a period he cared to cover himself. Instead it was left to the writing team of L. Sprague de Camp and Lin Carter to produce a batch of short stories about Conan’s monarchy in the 1970s, four of which are adapted by Roy Thomas.

In practice, there’s liittle difference between Conan as a barbarian or as a King, as he’s the same mighty-sinewed brute, not drawn significantly differently from the younger Conan by John Buscema. However, this is Conan in middle age, who slew a tyrant to become King of Aquilonia, married Zenobia and now has a twelve year old son, Conn. As is the case for most women in sword and sorcery stories, Zenobia is an afterthought, but Conn accompanies Conan as he marches through the lands of Hyboria plagued by the troublesome sorcerer Thoth-Amon over four stories. It’ll have to be for others to decide whether or not these adaptations match their source, but Thomas is nothing if not diligent and respectful when it comes to Conan, so one imagines so.

Ernie Chan isn’t most people’s favourite inker of John Buscema’s pencils, but the classical grace of Buscema’s art survives here, which isn’t always the case for Buscema/Chan collaborations on other Conan pages. Buscema produced so many of those there’s a danger of taking him for granted, but try to put that to one side and admire the effort he puts into much of this collection. He approaches each panel as a composition, and there’s depth, life and detail in abundance. As ever, Buscema’s Conan is a tower of power, his arms thicker with muscle than most people’s legs, capable of pulling back vast stone doors and slaughtering a giant snake. Buscema’s formidable depiction provides a belief that this is a man who can stand against pretty well anything, and Buscema’s locations provide the appropriate sense of awe. Danny Bulanadi inks the final three stories and a sample page showing the effect of each inker on Buscema’s pencils is provided for comparison. Bulanadi’s work is far less sympathetic, adding bulk and awkwardness instead of letting Buscema’s elegance shine through, and some faces have been so messed up they’re almost unrecognisable as Buscema’s work. Thankfully there’s considerable improvement on the final episode.

With that fifth episode Thomas heads into an adaptation of Conan The Avenger, Sprague de Camp collaborating with Björn Nyberg to tell the story of Zenobia’s kidnapping and Conan’s epic quest to rescue her, so epic that it occupies most of volume two as well. The start establishes that Conan’s campaign against Thoth-Amon took a year, before Conan’s friend Count Trocero begins to tell Conn of Zenobia’s earlier abduction. There can’t be many Conan stories featuring a formal ball, so that strikes a strange opening note as the location where a flying demon abducts Zenobia. Conan decides the rescue is best attempted alone, but for others that presents an opportunity.

The opening four chapters have the required monsters, sorcerers and trickery, but they lack a spark, and presented one after the other some flaws in the original plots come to light, not the least the monologuing instead of getting on with the killing. The final chapter, however, is the real deal, Conan off on a quest, the scene nicely set and the grave danger established. Look to Vengeance From the Desert and Other Stories for the continuation. 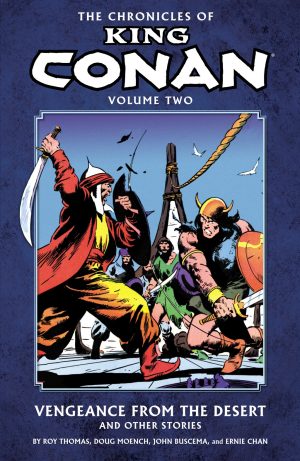 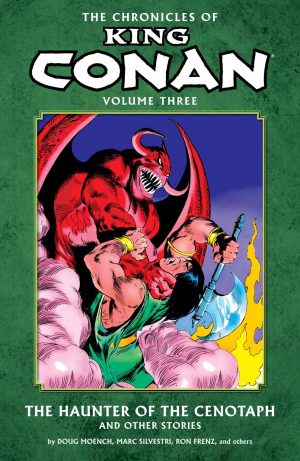