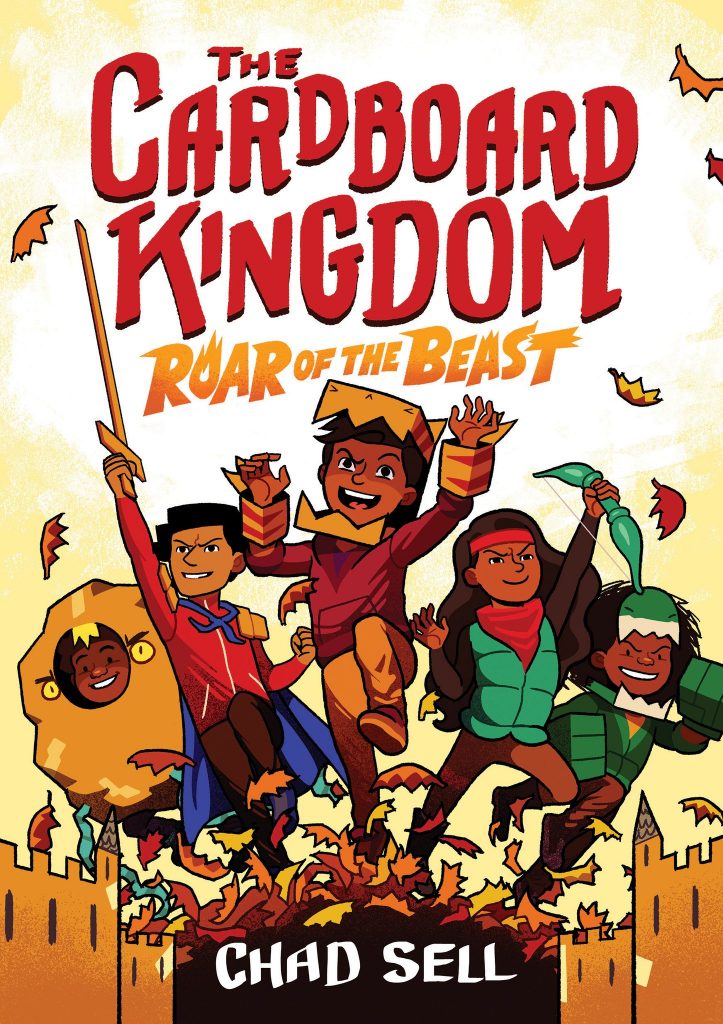 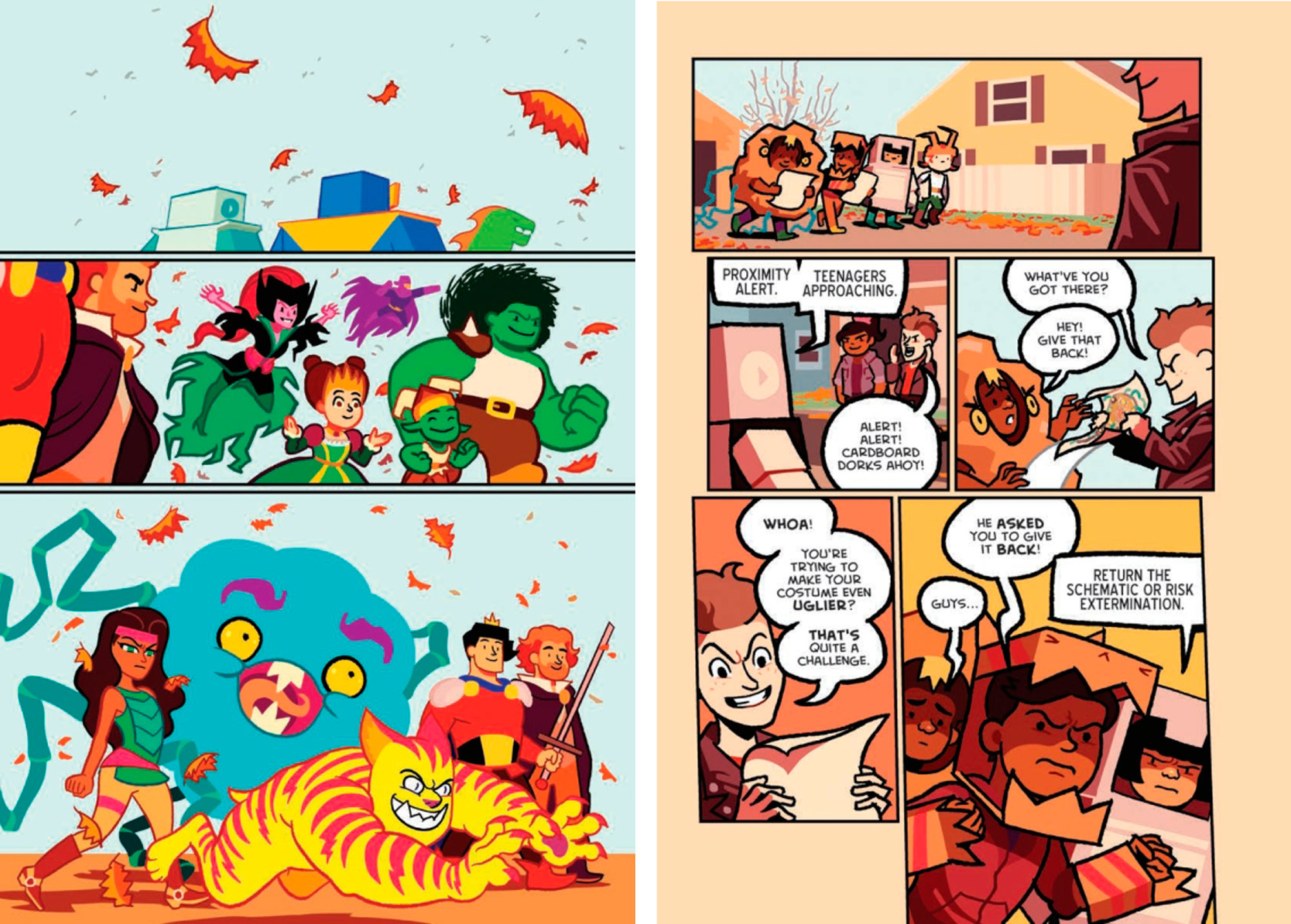 Volume one of The Cardboard Kingdom takes place over the course of one summer. Sixteen children who all live on the same couple of blocks form a friend group based around a shared universe created from cardboard boxes. Weapons, costumes, props and creatures are all made by them from scrap. We watch them invent new personas, try them out, form alliances, test their boundaries and grow emotionally, stimulated by their creativity.

In Roar of the Beast, it is autumn. Halloween is just a few days away. The kids are occupied with planning big upgrades to their costumes to create the most spectacular trick-or-treat spectacle their neighbourhood has ever seen, but events are interfering with their plans. Vijay, the Beast, is bullied so badly by teenage neighbour Kurt he doesn’t want to put his costume on again and no one can make him feel better. Late at night, Nate looks from his bedroom window to see his stepbrother Eli in the menacing shadow of a huge creature, and when he tries to leap to the rescue as the Prince, he breaks his leg. Eli says he was never in danger. There was no monster. Nate was imagining it. But then Sophie, the Big Banshee, notices… something. And the Animal Queen sees something strange too. What is going on in the Cardboard Kingdom? And who or what is behind it?

This is another collaboration between writer/artist Chad Sell and nine other authors. Jay Fuller, David DeMeo, Katie Schenkel, Molly Muldoon, Vid Alliger, Manuel Betancourt, Michael Cole, Cloud Jacobs, and Barbara Perez Marquez each write the storylines of their characters and Chad Sell weaves them all together into one timeline, culminating in the big Halloween finale. There is a little less smoothness to the drawing this time, although colour and design are as expertly deployed as in the first book. Perhaps the slightly less sweet imagery goes with a more challenging set of events: complex family situations and uncomfortable conversations as the pre-teens struggle with self-identity issues and the demands of friendship. Older readers might find the neat ending a little hard to believe, but pre-teens should enjoy a satisfyingly colourful conclusion to the neighbourhood mystery. 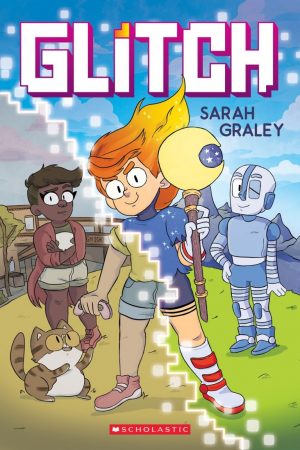