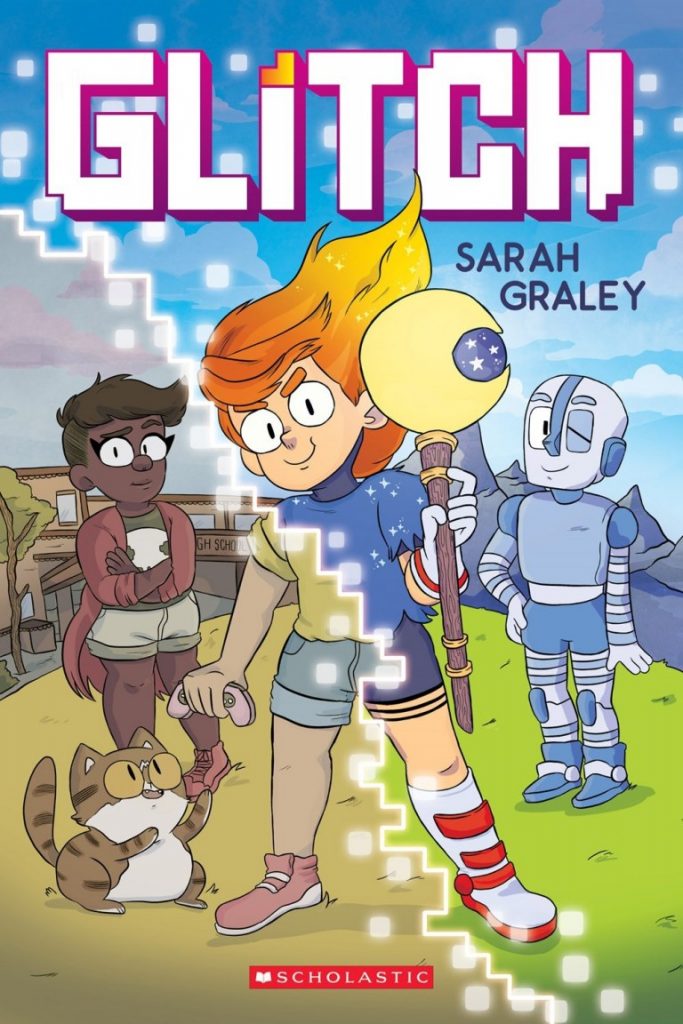 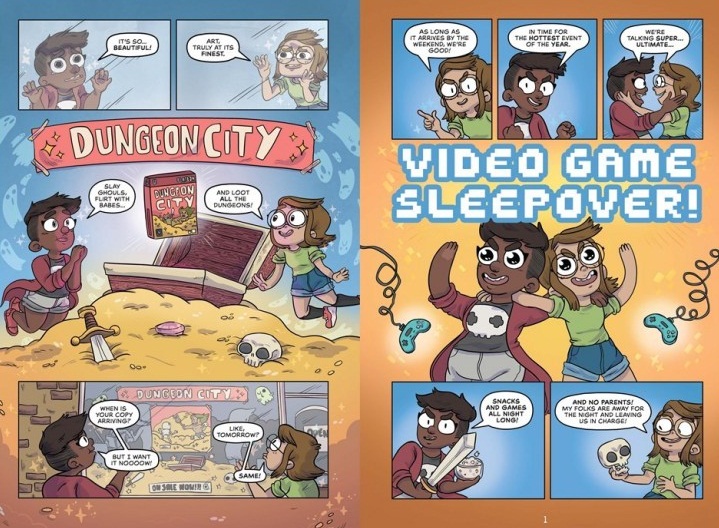 Izzy and Eric are avid gamers, and despite their pact that they’ll not begin Dungeon City until they’re together at the weekend, Izzy can’t resist when it arrives. It’s not the experience she was anticipating, as she’s sucked into her screen and into the world she’s been viewing. There’s a glitch in the game, and the personified final challenge is now threatening to destroy Dungeon City. Izzy can prevent this by overcoming a series of tasks.

Sarah Graley’s very much having her cake and eating it via the format allowing her to mimic a video game’s escalating missions, punctuating it with the convenience of Izzy only having to access the in-game menu to enable her return home. Adults are unlikely to be as blown away by the concept as the intended audience of young children, who won’t be as familiar with the concept. Children will relish the eccentric range of characters introduced, some of whom Izzy even finds helpful, and threat levels remain suitably age appropriate.

So does the art. Graley’s big-eyed characters are lively within two cartoon worlds, ‘reality’ only slightly less exaggerated than Dungeon City, with the game and real world experiences are differentiated by black and white page surrounds respectively. It takes some considerable time before Graley works her way to the crux of things, which is that there may be something more to the game Izzy’s playing than she first assumed, so can she work things out to everyone’s advantage and save what really matters?

There aren’t any massive surprises to Glitch, but it’ll provide adventurous bedtime reading and subliminally warn kids about spending too much time in front of their game screens.