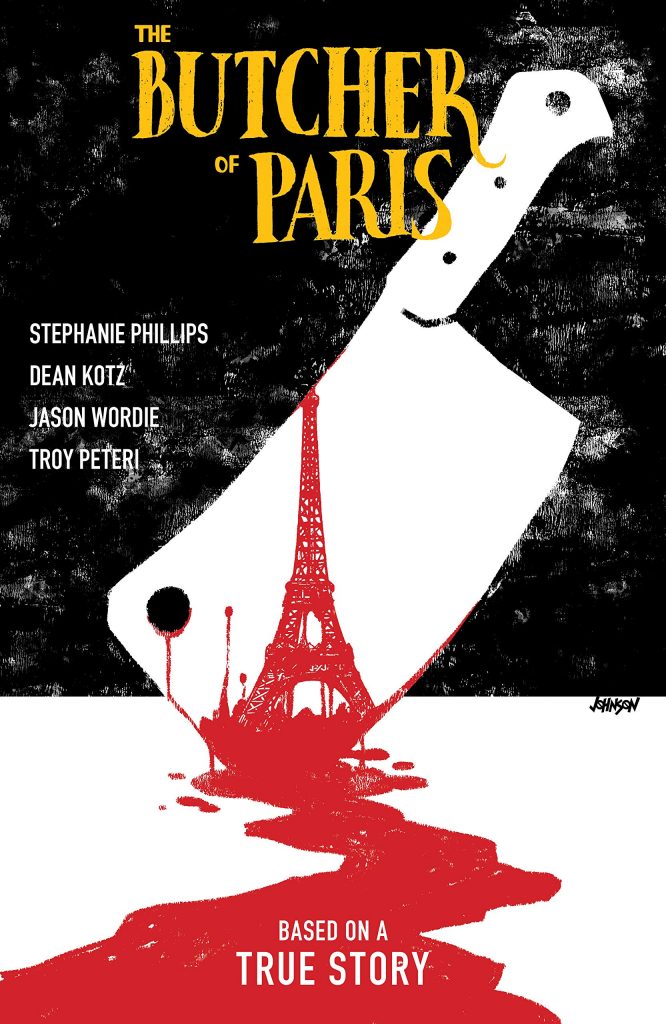 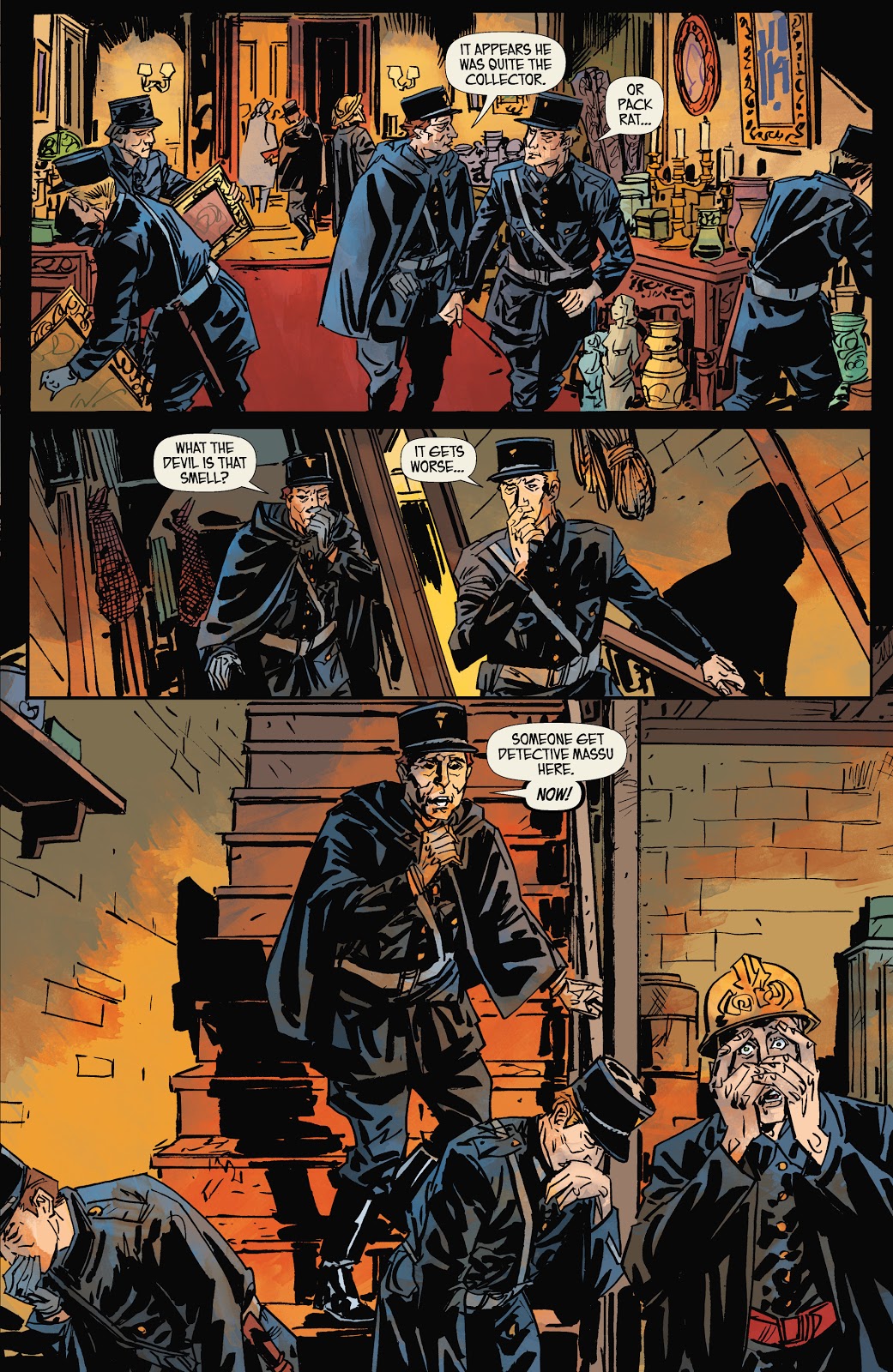 On a house search the French police come across the remains of numerous bodies, some still in the process of being dismembered. This is in Paris, 1944, when France was occupied by the Nazis, still keen to root out Jews. Experienced detective George-Victor Massu is called in to investigate, accompanied by his adult son Bernard, who acts as advisor and ultimately conscience. By the time Massu’s contacted we’ve already seen the culprit, a Dr Marcel Petiot, interviewing a Jewish couple keen to escape France. While the police in theory have some freedom, they’re beholden to the Nazis who already seem to know about Petiot’s activities, so while attempting to track a killer, Massu must tread carefully himself.

The true events make for one hell of a story, and under Stephanie Phillips and Dean Kotz it’s well told. Phillips doesn’t restrict herself to a step by step investigation, but uses the historical context to explore the times and to look back at Petiot’s earlier life. The term isn’t used, but by contemporary standards he’d be considered a psychopath, and the comments of those who knew the younger man bring this vividly to life. Even more interestingly, when his crimes to come to light Paris is on the verge of liberation by allied forces, so Phillips merges the crime story with that of skittish Germans with their own plans.

Kotz uses the historical backdrop extremely well. His art is sketchy and impressionistic, but evokes the period in detail, buildings, clothing and locations. A lot of time is spent on every page, and his Petiot is great. Photographs show a man with an intense stare, but Kotz adds a creepiness to him, giving him an insincere half smile, and on one occasion leaving it as all that’s seen of his face, with the rest in shadow.

Historical facts are a gift to Phillips as she weaves the story around several characters, and many twists unfold over five chapters, with a spectacular finale as Petiot has his day in court. Some may feel uneasy about the presentation considering what happened, but Phillips pulls that back astutely, ensuring the victims are remembered. This is a fascinating story well told. 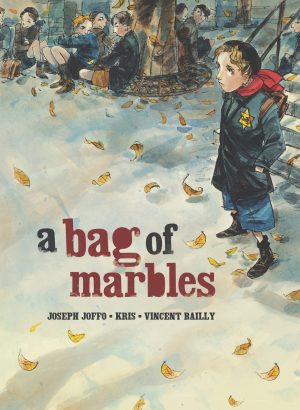