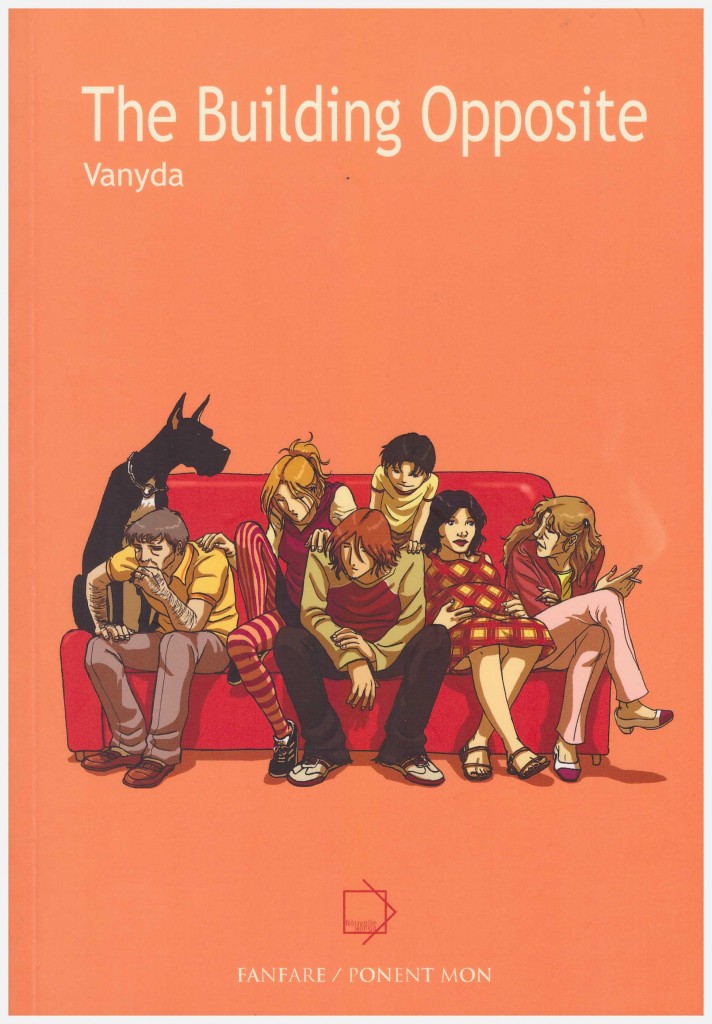 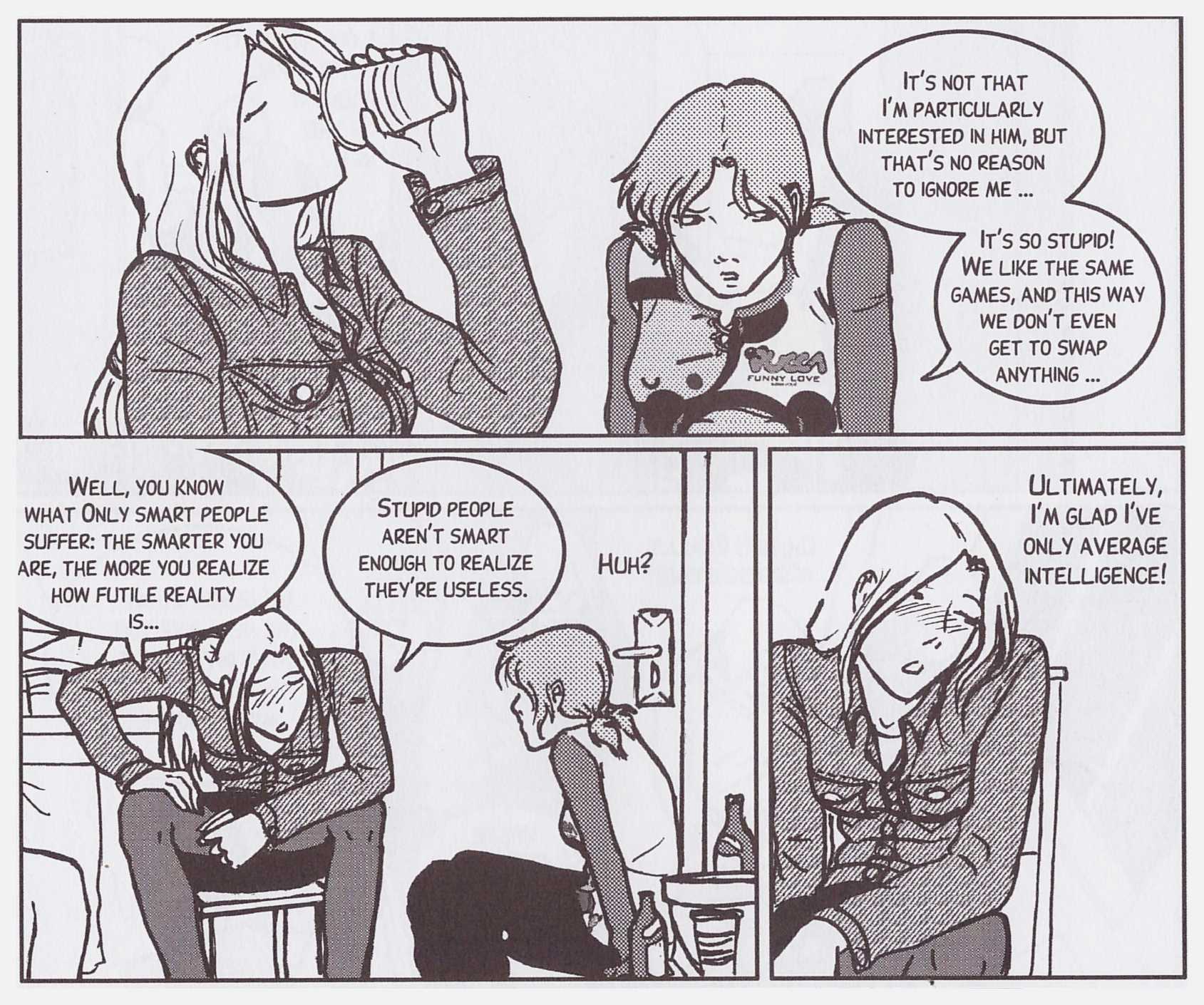 Very well received on publication, The Building Opposite could be seen as a graphic novel equivalent of Avril Paton’s Windows in the West painting. Both glimpse the lives of others from a distance, and Vanyda’s title suggests reality based observation.

The occupants of three apartments share the spotlight. In their early twenties, Claire and Louis inhabit the top floor, enjoy an easygoing relationship and a healthy sex life. Louis loves his computer games, and Claire’s prone to leaving without her keys. Fabienne and Jacky are in their forties, each wishing for something better to come along. Jacky has an unusually strong emotional investment in his great dane, while Fabienne is motherly and is resigned to Jacky’s wandering eye. Heavily pregnant Beatrice has left the father of her four year old son Rémi. He has all the curiosity and the forthright nature of his age.

Vanyda constructs a series of slight domestic vignettes for her cast, winding everyday incidents through their narratives. This is very much a book compiling chapters from an artist refining her techniques over a period of time. The figure drawing classes are valuable from the start in depicting the younger cast who live and move, but Vanyda has trouble portraying the older Fabienne and particularly Jacky, who’s flat and awkward throughout. By the conclusion there’s a definite less is more sensibility. Also admirable is the storytelling experimentation. One chapter progresses in landscape format, and another spotlights all apartments simultaneously via each strip tier following a different narrative. The downside, though, is that in shining the spotlight on ordinary lives this drops very much into the ‘and then nothing happened’ category. Admire the progression of the art, but this is a very slim read.