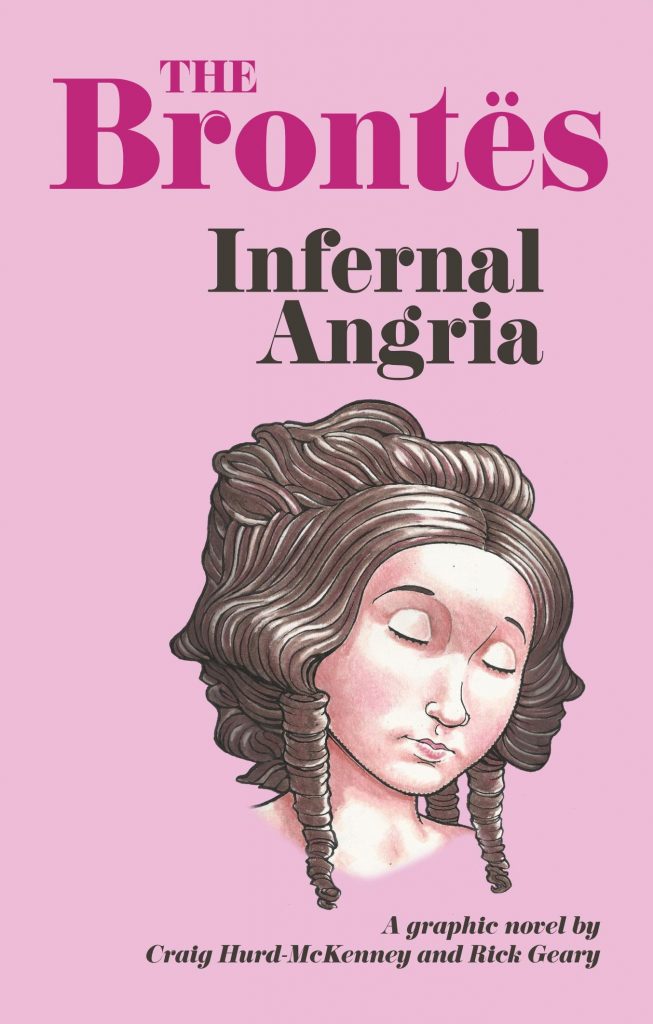 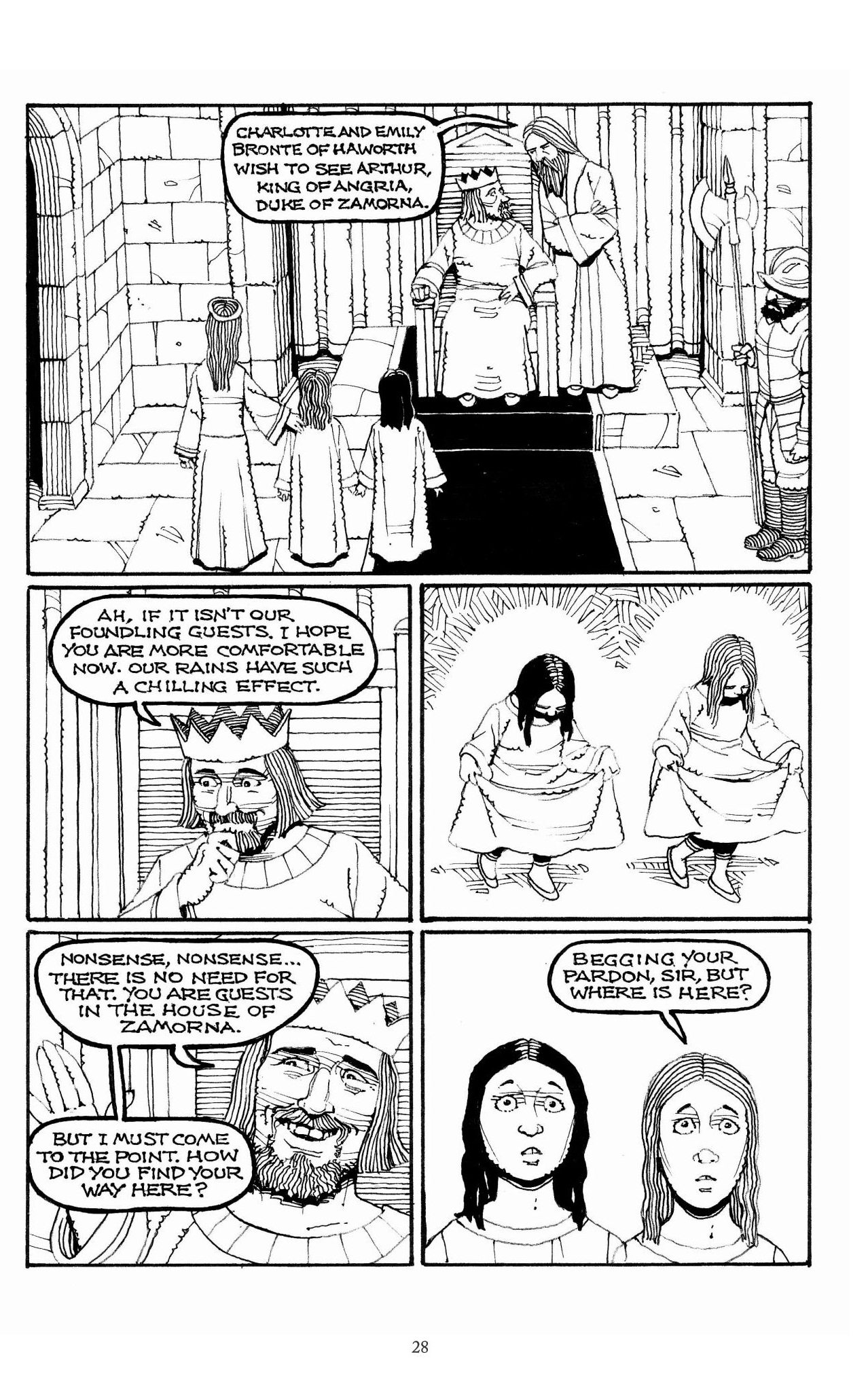 Four years after the death of their mother, the Brontë children suffered further loss when two of their sisters died after contracting typhoid. Of the surviving sisters Emily would later achieve lasting fame through her novel Wuthering Heights, but Anne and Charlotte would also become writers, and due to Charlotte’s Jane Eyre standing the test of time her Tales of Angria remains in print. These began when as children all three sisters collaborated with their brother Branwell to create the historical fantasy kingdom of Angria. Anne and Emily would soon lose interest and create another world, but doing so was a pastime that occupied all four siblings well beyond their childhood, and Craig Hurd-McKenney takes this as the basis for his weaving the creators into their own story.

He introduces a Narnia style portal on a bedroom wall through which the children first enter the land of Angria, relatively rapidly ingratiating themselves with the royal family, and becoming involved in court intrigues. As a storytelling convenience he introduces the concept of time standing still in Angria when the children are absent, and equally no matter how long they spend in Angria very little time has passed in their Haworth home. While solving otherwise awkward narrative problems for Hurd-McKenney, the device also hangs a millstone around the story, as a revolution fermenting in 1826 takes until 1835 to come to fruition, and echoes still reverberate a decade later. At the core is Branwell’s jealousy of his sisters’ writing talent when he has literary ambitions of his own, and it leads the family into potentially dangerous circumstances.

Rick Geary is in familiar territory drawing the 19th century, his Victorian ladies and gentlemen precise and formal, and the surroundings plain and functional. Unfortunately, Infernal Angria lacks the narrative precision Geary applies to books he writes himself, and involves a decompression and a vagueness never found in those. Hurd-McKenney relays events, but never really conveys the emotional tensions he’s projecting. Time and again crisis points come as a surprise with little previous foundation, and toward the end it’s difficult to work out what’s happened in a couple of instances. Additionally, Angria is never really fleshed out as a concept or a world. While not all of what the Brontës wrote has survived, far more detail taken from what has would have been more convincing. The result is a frustrating read that never achieves full potential despite Geary’s skill.

Although print copies aren’t available via Amazon, they can be bought direct from the Headless Shakespeare Press site, and the digital version from Comixology.