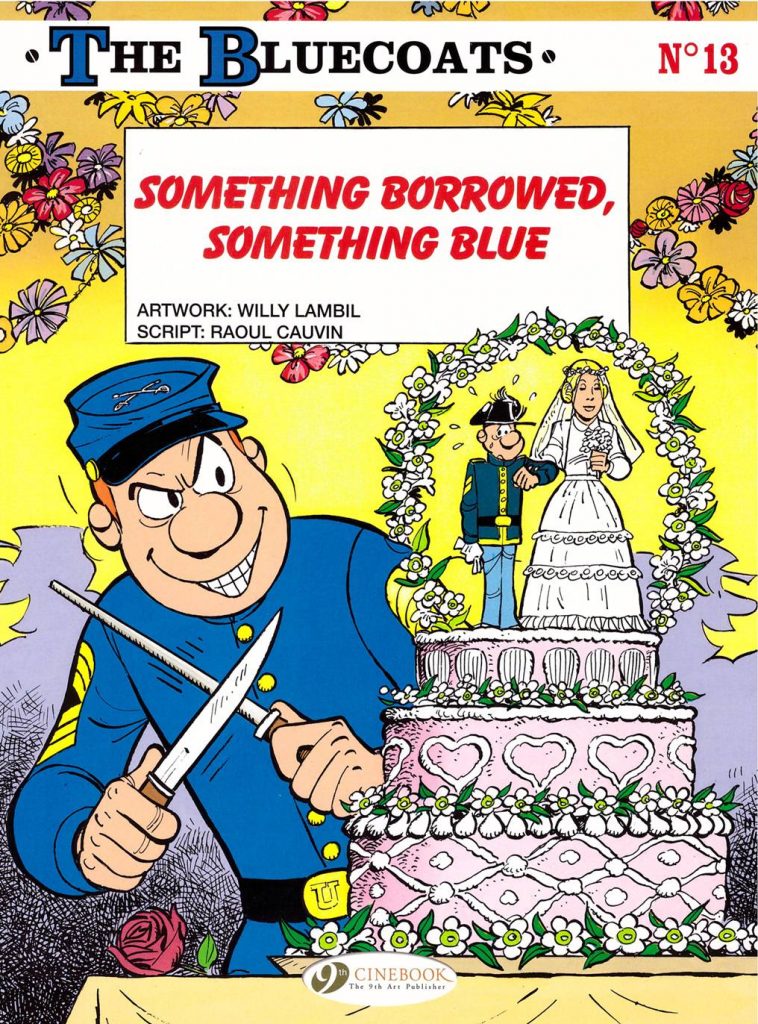 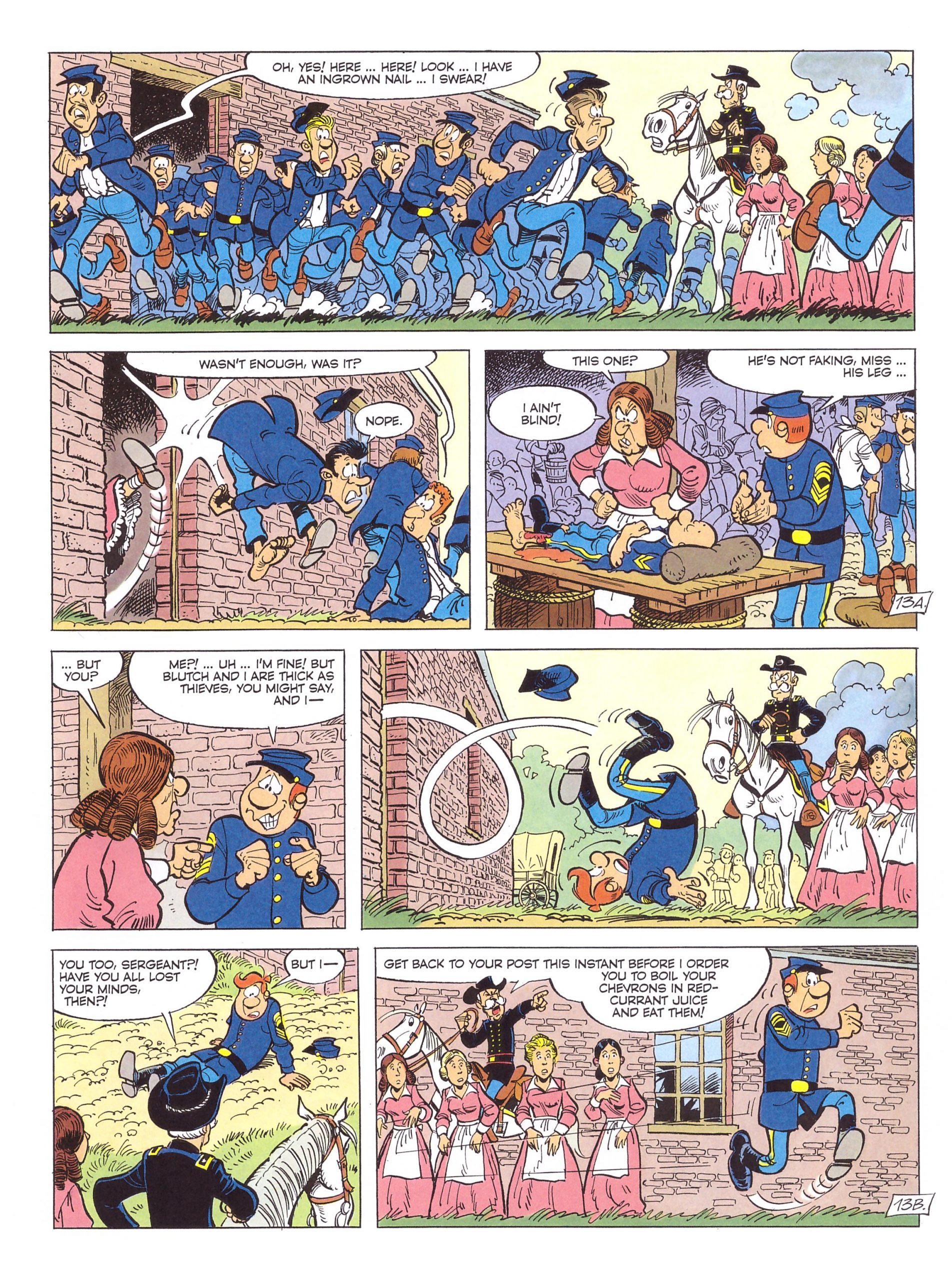 By the time of their seventeenth collaboration in 1986, Raoul Cauvin and Willy Lambil were a finely tuned, laugh-generating juggernaut on their Civil War comedy. The lead characters of loyal Union soldier Chesterfield and his unwilling hometown companion Blutch were well established, and the creators had a selection of running jokes to fall back on. There’s good use of Blutch having trained his horse to collapse as if injured during a cavalry charge, and some great bad-tempered Chesterfield moments.

The primary disturbance to routine this time is General Alexander bringing in four young women to help with the injured, but to ensure there’s no malingering he also uses a far coarser nurse. Readers of a certain age will be able to bring to mind Bernard Bresslaw in a dress. For once the malcontents don’t include Blutch, genuinely and severely injured in a Confederate bombardment.

Lambil’s cartooning is as refined and busy as usual, but it’s interesting to note the multiple red blotches on tunics and bandages for the infirmary scenes. While comedy is created from a war scenario, Lambil is also bringing home to younger readers the consequences of conflict, in a way the M*A*S*H TV show did for adults.

By halfway Cauvin’s begun to address the cover scene. Not only is Blutch physically recovering, but his spirits have been elevated by his friendship with one of the nurses, Jenny. Chesterfield is outraged. Is it just another scheme to enable Blutch to escape his enlistment? Cauvin’s plot cleverly removes one obstacle to the marriage after another, and there’s no cheating. There is a marriage ceremony, almost two actually, as the mad Captain Stark is also besotted, but among more seasoned readers this introduces tension. By the start of every new Bluecoats story it’s as if the reset button has been hit, and all again is as it was. What does this mean for Jenny’s chances of making it to the end of the book?

This is another comedy gem, Cauvin ensuring several laugh out loud moments among the slapstick, twisting the plot beautifully, and never departing from the general humane tone expected from The Bluecoats. The next album due for English translation is The Dirty Five, actually the album published in France before Something Borrowed, Something Blue.