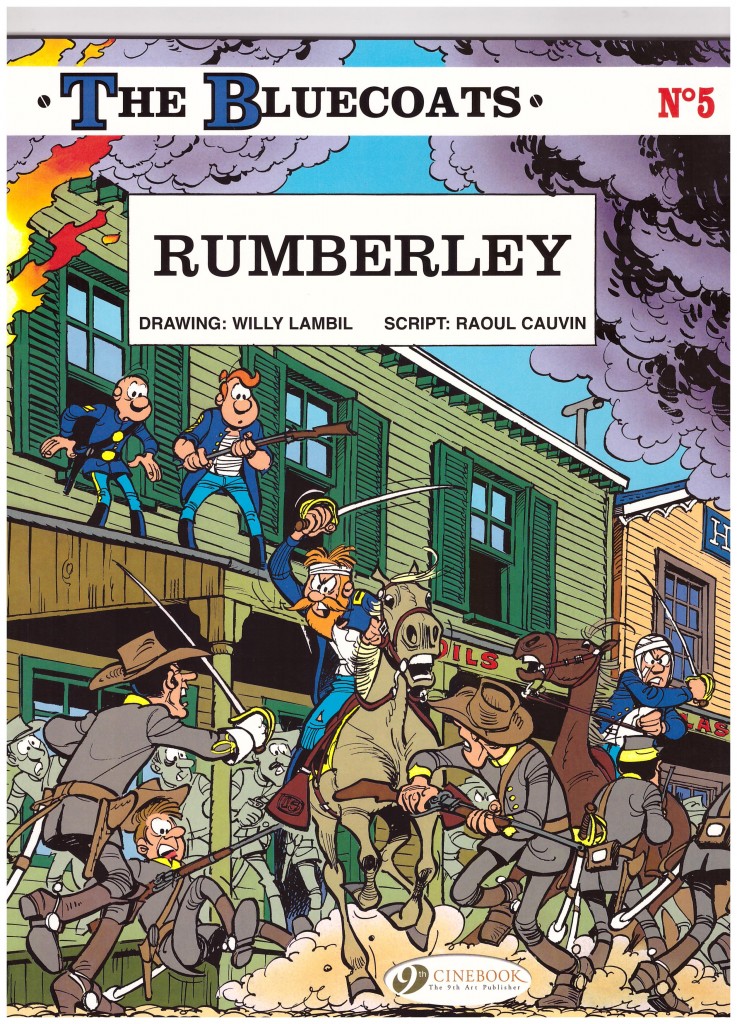 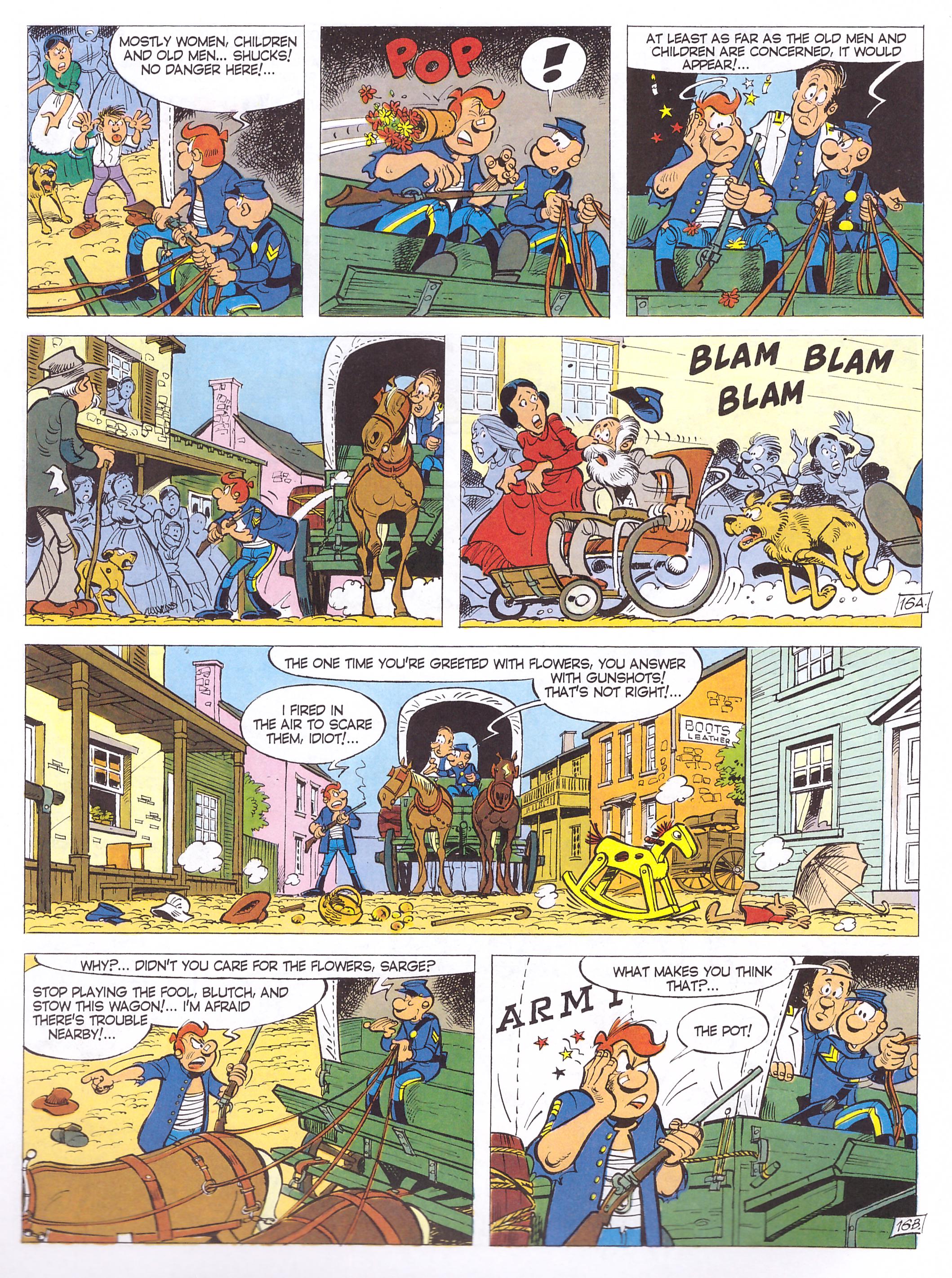 The creative team of Raoul Cauvin and Willy Lambil took some time to settle into a groove with their American Civil War comedy, but by Rumberley they’re there. Cauvin knows his characters and has a number of running jokes in place from earlier volumes that smoothly play out. It’s long been established that Sergeant Chesterfield is the complete soldier, one who believes the Union policy is correct and is diligent in his duties. He contrasts Corporal Blutch, reluctant conscript, who has no intention of sacrificing his life for the cause. The opening pages play out a now familiar scene of the gung-ho Captain Stark once again having instigated conflict with the opposition, this time resulting in a gruesome total of fatalities on both sides, leaving them evenly weakened. The healthy Union forces have no option but to retreat, leaving their medical staff and wounded in the hostile town of Rumberley behind enemy lines. The General promises they’ll return for them with reinforcements.

Holed up in a barn, Chesterfield and Blutch’s first priority becomes sourcing water for the wounded from the town well, guarded by snipers and civilian patrols. Cauvin’s comedy timing still isn’t quite what it’ll become, but he constructs a good series of gags around this and later incidents while also perpetuating an all-ages adventure tension. Blutch’s downbeat dialogue is funny and appropriate while also preventing the series ever seeming as if its glorifying war. Lambil has been exemplary since he began on the series. His cast exude character, his cartooning is packed with animated detail, and he doesn’t ration large panels with multiple characters and lots of activity.

Pretty well any Bluecoats album originally published after 1978 is going to offer a decent selection of laughs, and here Cauvin works his plot adroitly toward an unpredictable final sequence that makes a subtle comment and brings events full circle.

It doesn’t really matter in which order The Bluecoats is read, but this is a rare case of the next album Bronco Benny matching both Cinebook’s numbering and that of the original French language publications.