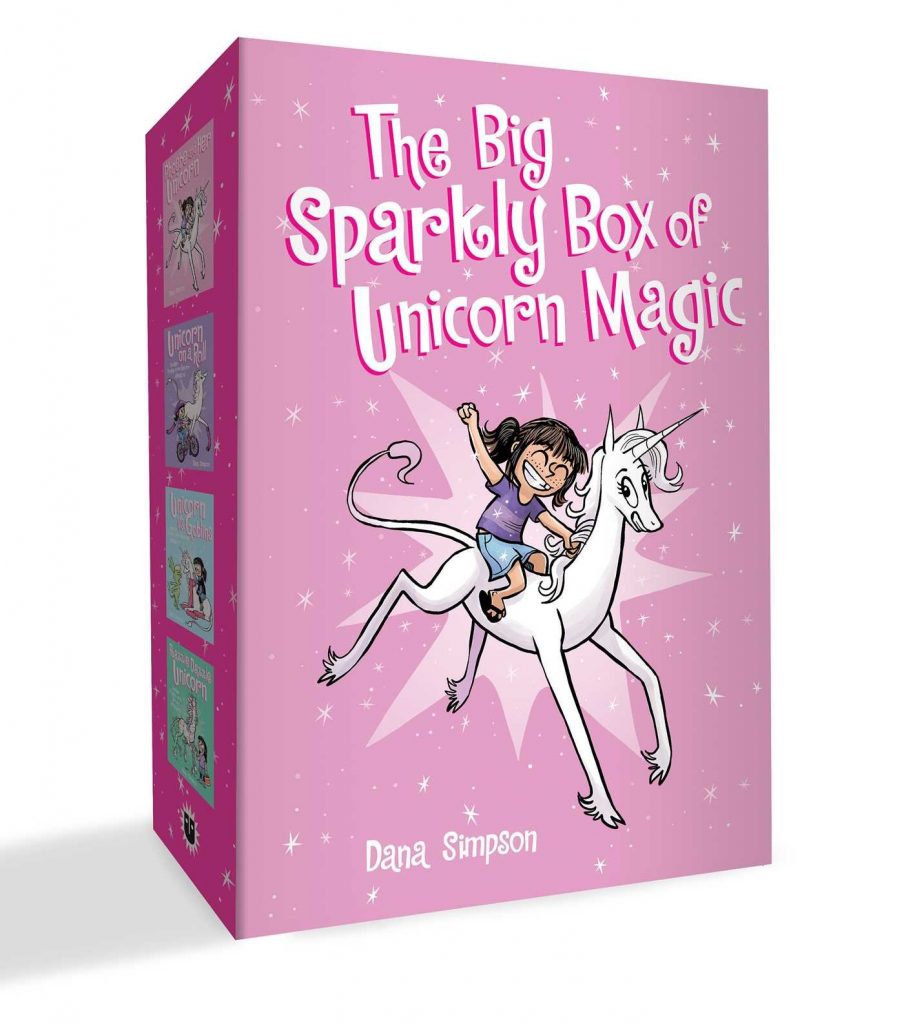 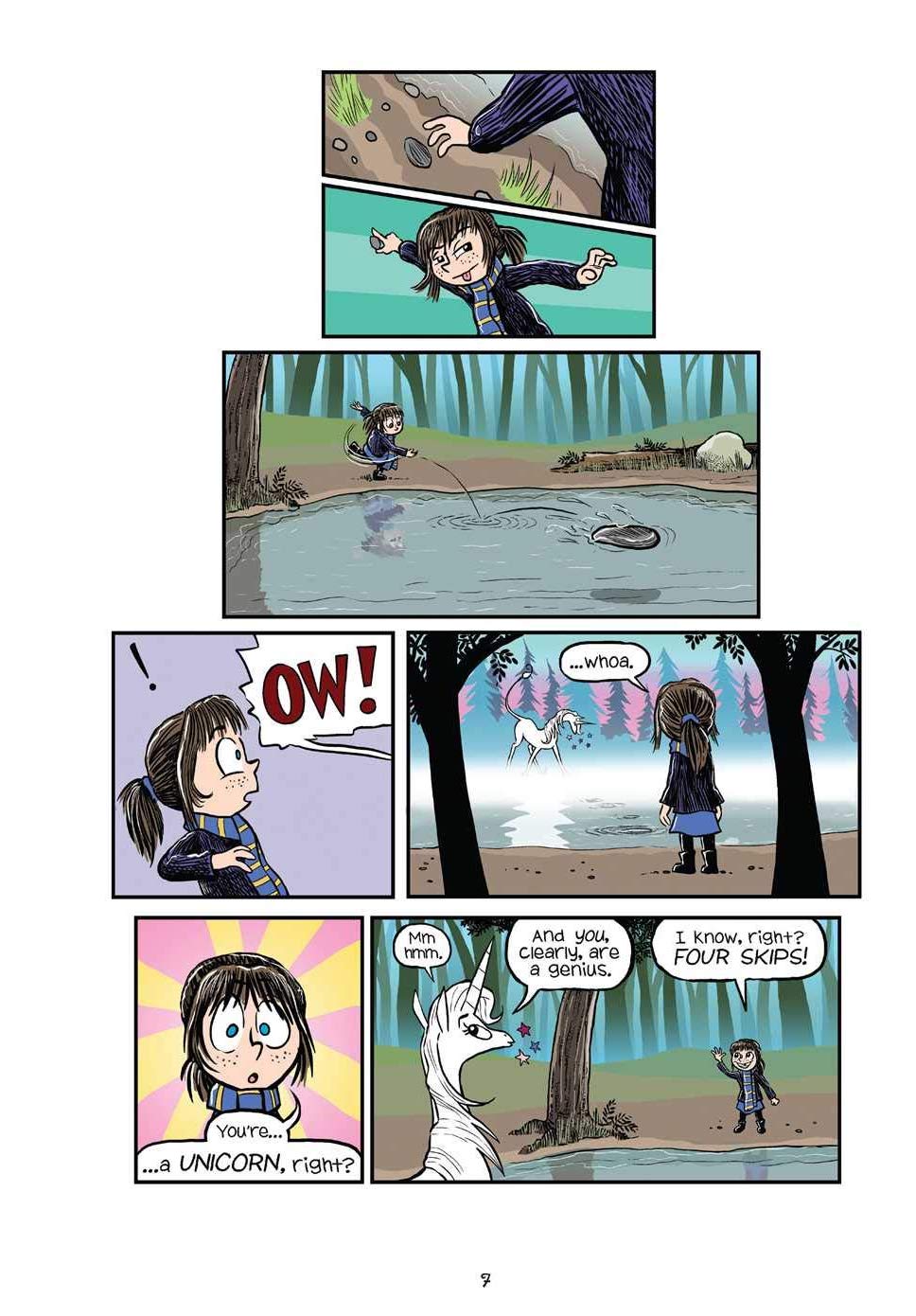 21st century pop culture historians are going to have to devote some effort to uncovering just how unicorns were plucked from the mythical bestiary to become the one-horned, glittery obsession of millennials around the planet, in a tidal wave of rainbow-coloured sparkly foods, drinks, tattoos, clothing, books, and–of course–cartoons. Perhaps it’s just the simple equation of horses, instinctively beloved of girls everywhere, plus magic, equalling enchanted talking, wish-fulfilling horses with horns and rainbows! How can this fail? The massive amounts of unicorn-themed merchandise published for children since 2000 is testing the question. Dana Simpson’s Phoebe and Her Unicorn took that challenge into newspapers and book collections that have now sold over a million copies.

Nine-year-old Phoebe Howell skipped a stone across some water and accidentally hit a unicorn in the face. This led to her and the magical creature becoming best friends and now Phoebe and Marigold Heavenly Nostrils are constant companions in this daily newspaper strip. The style and presentation of this strip owes a lot to Bill Watterson’s Calvin and Hobbes but Dana Simpson’s take on the magical-animal-friend premise is drastically simpler than Watterson’s, with less complex emotion, fewer flights of fancy and nice but unspectacular drawing. Most of the possibilities for imaginative weirdness are passed over in favour of gentle relationship and friendship bonding over the daily routines of a typically quirky fourth grader who has few friends until her life is transformed. Simpson’s cast of characters expands throughout the four books with many more unicorns, dragons and other magical creatures but sadly that diversity does not extend to the human children who are all uniformly white.

The Big Sparkly Box of Unicorn Magic is a slipcased box set of the first four books in the Phoebe and Her Unicorn series. There is no new material here except the pink box containing Phoebe and Her Unicorn, Unicorn on a Roll, Unicorn vs. Goblins, and Razzle Dazzle Unicorn. It is not substantially cheaper than buying the four books separately, but the presentation is a handy gift for birthdays and Christmasses. It’s guaranteed to pique the interest of new middle-grade readers in the unlikely event they haven’t seen this series already.