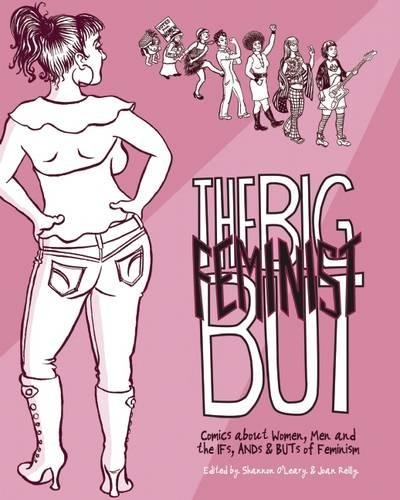 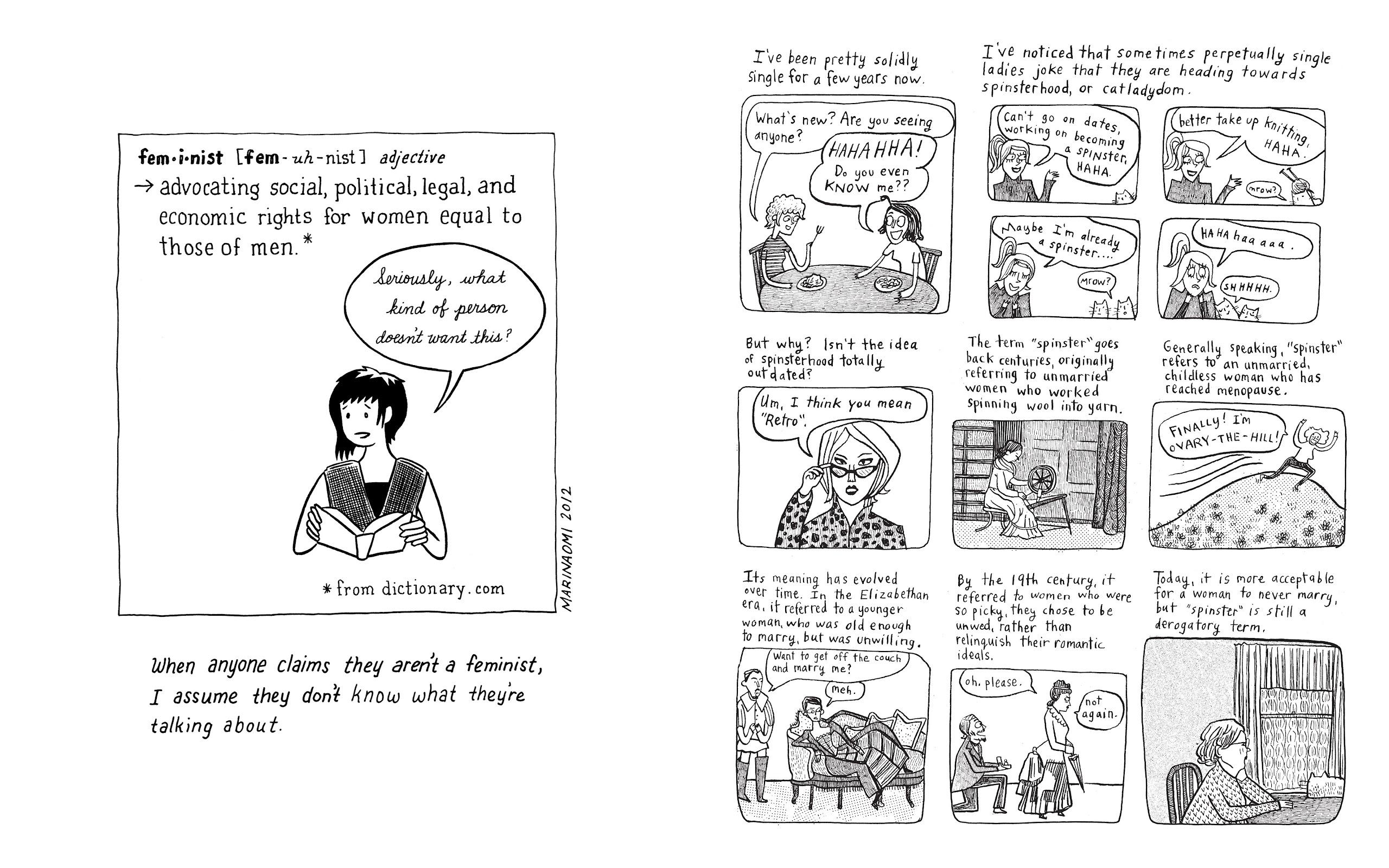 As explained in their introduction, editors Shannon O’Leary and Joan Reilly wanted contributors to this anthology to explore what Feminism meant to them at the end of the 21st century’s first decade. It’s in the context of plenty of loud voices elsewhere, stridently attempting to impose their version of Feminist principles on others. The title refers to people commonly either declaring themselves Feminist or not, with a qualifying “but” following. It begins with MariNaomi quoting the dictionary definition along with her emphatic statement (sample spread left).

From there, though, it’s a meandering path along a predominantly autobiographical route that largely concentrates on personal or fictionalised experiences in preference to Feminism. O’Leary’s own strip with Ric Carasquillo is an early example. Joan Reilly sticks more on message, picking up on Saudi Arabian clerics claiming their forbidding women to drive protects them, and equating that to her own empowerment when a vehicle is under her control. Jen Wang discusses wanting to write a story about teenage prostitutes, but pre-emptively skirting around barriers erected by others, and the combination of Andrice Arp and Jesse Recklaw are the closest to what the title expectations are, discussing various ideals of Feminism.

Several contributors are frustrated at all portions of society’s fixations with identity labels, and several are the experiences of men. Justin Hall is officiating a marriage as Green Lantern when he bumps into Kamala Harris. That’s at least very vaguely connected, but what Barry Deutsch’s recollections about making tinfoil action figures at summer camp has to do with women, never mind Feminism, is anyone’s guess. Like so many stories here, though, it’s thought-provoking and engaging.

If you want a collection that’s on-topic it’s best to accept anything to do with women automatically being a Feminist issue, be it freezing eggs, raising a baby or just settling on a role model/hero. On that basis there’s very little that doesn’t connect. Dylan Williams takes a long time to make a point about the differences between the jobs two different women have, and some art is primitive, but the sentiments survive it. Gabrielle Bell’s fiction about her mother reminiscing about Valerie Solanas is hilarious, and so’s Corinne Mucha’s ‘Am I a Spinster Yet?’ (sample spread right), but both also have points to make. It’s actually a rare strip that doesn’t, just not very often about Feminism.

For reasons best known to themselves, Amazon’s UK site only supplies the digital edition. 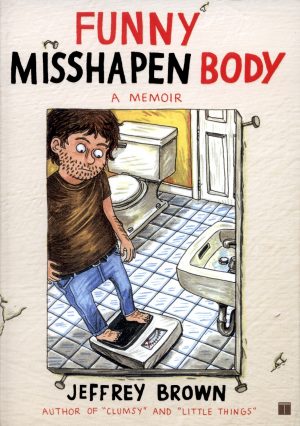