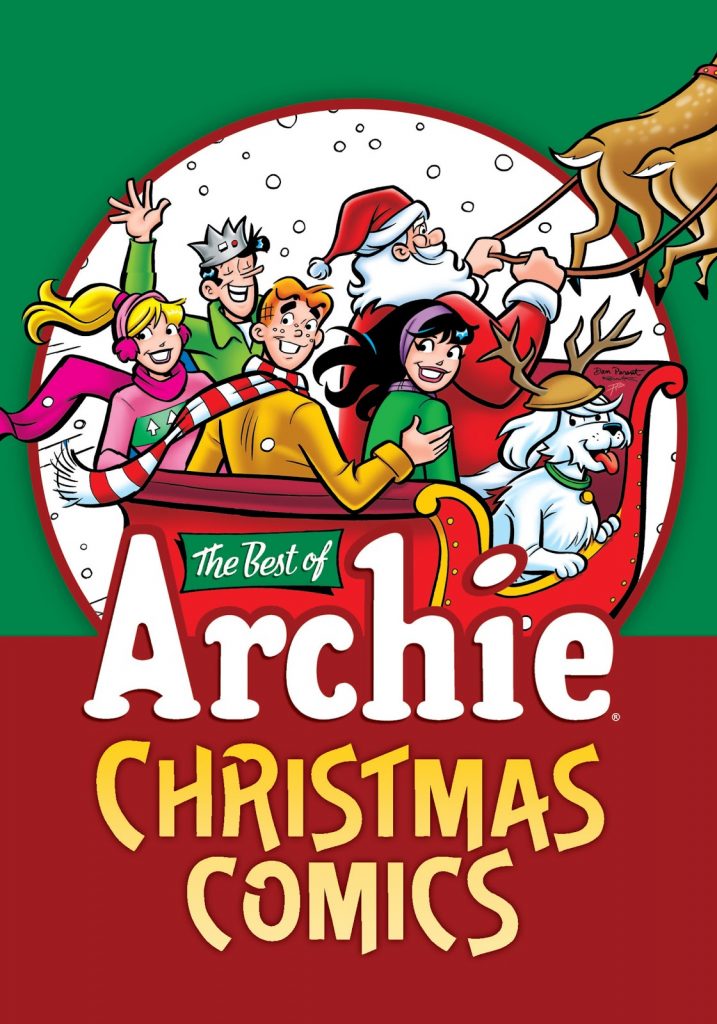 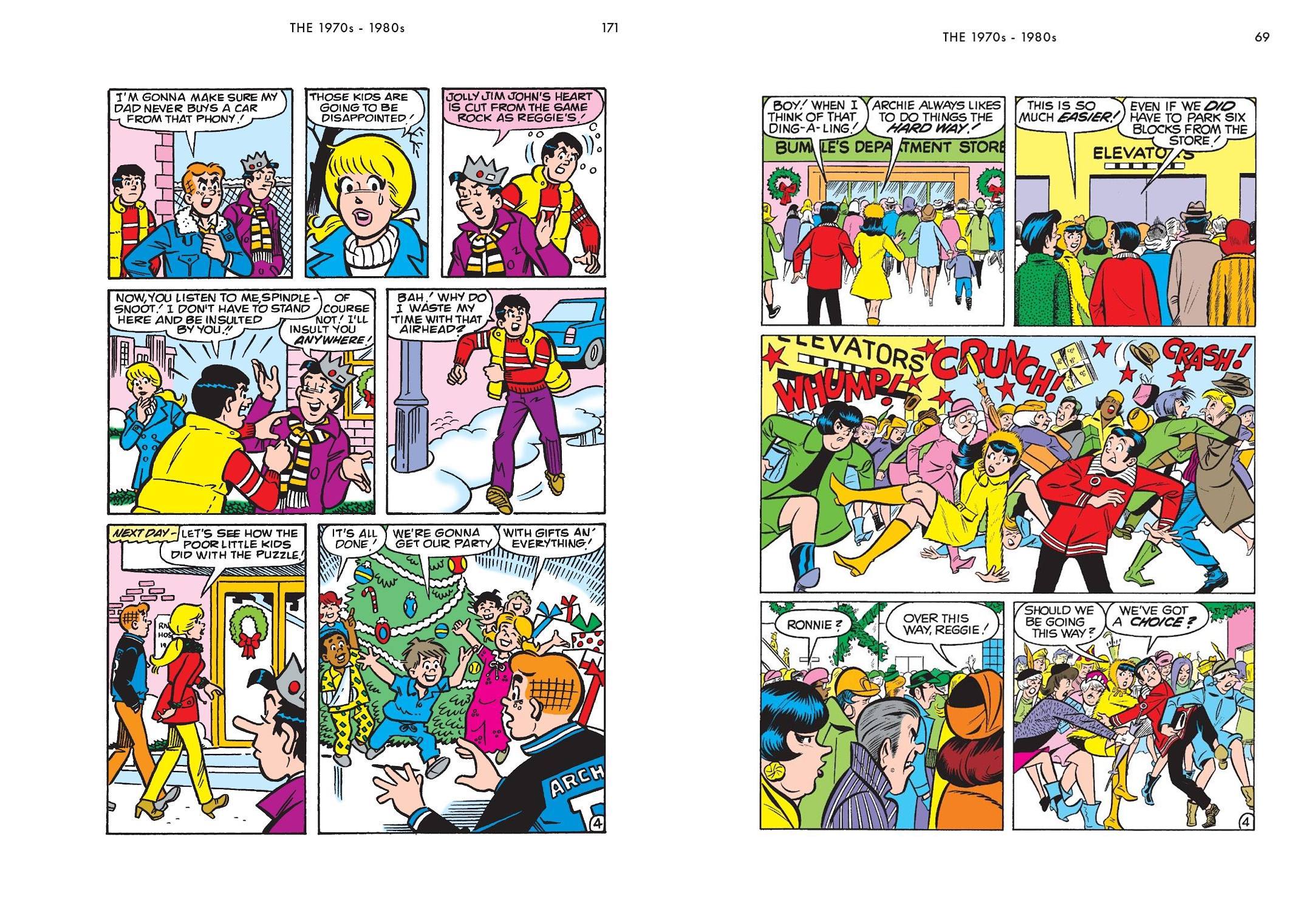 Firstly, don’t take that title too seriously. There’s been no massive poll to discover the best among what surely number over a thousand Archie Christmas stories, nor is there any common consensus, so see this instead as a representative sample from the vast Archie back catalogue of festive celebrations stretching back to the late 1950s.

The yuletide selections are separated into sections by decade, two at a time, but only beginning in 1959, dispensing with that era quickly. This is no even spread, though, as the bulk of the reprints, well over two-thirds of the book, are from the 1970s and 1980s, while 1990 onwards is allocated just thirty pages. Other than the African American Chuck featuring, that’s not really relevant, as beyond the occasional passing nod to fashion the Archie stories are timeless, and the same basic character dynamics have seen them through decades. That applies equally to the plots, whether it be Frank Doyle writing in the 1960s or George Gladir twenty years later. There’s a definite line to be drawn between the construction of Archie’s light comedy and the equivalent in US cinema during the 1940s, presenting a wholesome world of good cheer where social reality never intrudes, and the problems and misunderstandings of the middle classes are served as universal. It’s done extremely well, though, and just reading a few sample stories indicates why.

Gladir is the most inventive of the writing staff, frequently steering the plot well away from the standard slapstick. His 1975 story ‘Price Control’ begins with Archie too broke to buy Jughead a Christmas present, so instead polishing a round stone and embedding an initial on it. Three pages later Archie’s slaving away mass manufacturing as Veronica’s persuaded a local jeweller to stock similar items. In only five pages Gladir and artist Harry Lucey (sample art right) deliver the starting dilemma, the escalation, further problems and a neat finish tying into the original idea.

Perhaps because they worked on enormously popular strips that never appealed to dedicated comic fans, to this day the artists are under-rated, even with cartooning having been accepted by those fans since the 1990s. The other sample art is from Stan Goldberg, whose cartooning is something to marvel at. It’s difficult to imagine how the strips could have been better drawn. Goldberg sells the personalities, the jokes and the situations, packs his panels without them ever looking cramped, and plain makes us want to be part of the Riverdale world. Lucey, Dan DeCarlo, Samm Schwartz and Bill Vigoda are also notable, and the editors have even found a comparatively rare Bob Bolling strip with the mainstream cast. He’s more usually confined to the world of Little Archie.

Sooner or later everyone that’s been part of Archie’s world before the 21st century is seen, although some like Moose, are destined never to step beyond their one-dimensional purpose. Some of the stories are too contrived, and a few are too predictable, but most aren’t, and there’s a level of quality all the way to the final inclusion from 2019.