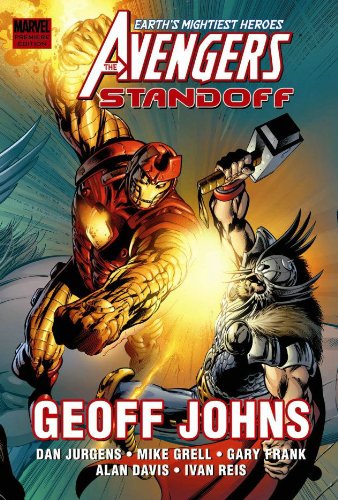 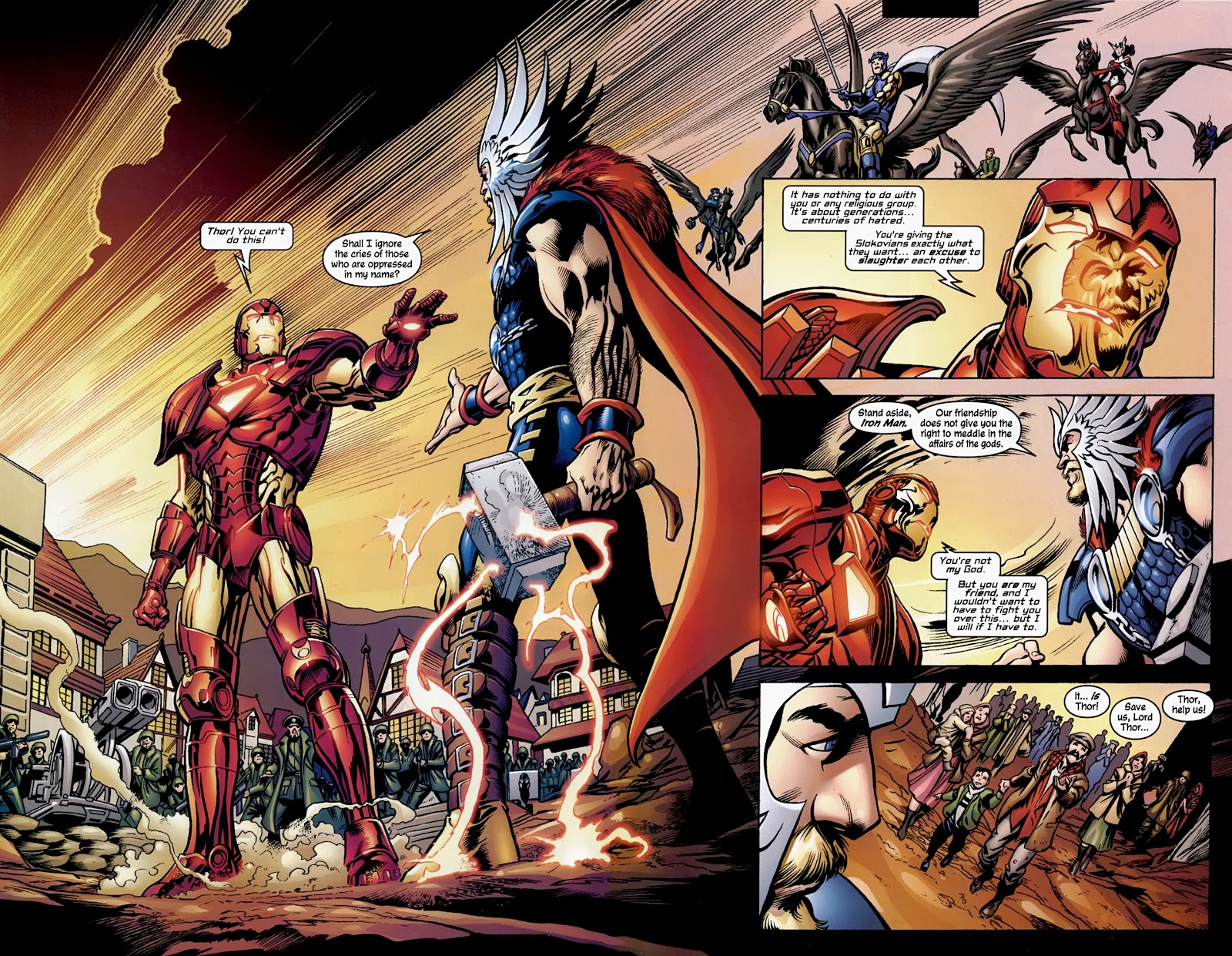 Anyone looking for an Avengers graphic novel featuring the entire team in slam-bang action won’t find it here. Slam-bang action is definitively on the agenda, but over the five chapters here only six of the team feature, and that’s largely solo or against each other.

The centrepiece is the title story, beginning by concentrating on Thor, then Iron Man, and with Dan Jurgens starting things, handing on to Mike Grell, and leaving Geoff Johns to write the conclusion, by which time Captain America is also involved. Alan Davis provides artistic continuity, drawing all three chapters in his clean and confident style, ensuring heroes are heroic, except in Thor’s case there’s doubt. The thrust of the plot is that peasants in an Eastern European nation prayed to Thor for help before being wiped out by a dictator’s army. Thor deems Asgardian retribution necessary, which puts him on a collision course with the world’s powers who’d prefer there was no interference in a nation bordering Doctor Doom’s Latveria. It’s an effective plot because each writer adds something, Grell the idea that worship of Thor spreads, and Thor and Iron Man are inevitably drawn into conflict while Doctor Doom gloats. Johns writes the chapter where all hell breaks loose, and Davis supplies magnificent power and carnage. As a concise three chapters it makes a point and keeps the tension high.

For all that Johns’ run on The Avengers doesn’t number among the greatest, he settled early on how the character beats would play out, and one interesting  recurring matter is the frustrations of being Jack of Hearts. He stores so much excess and dangerous energy that containing it requires spending increasing time in isolation in a padded energy draining cell. How soul-destroying that is was well conveyed in World Trust and continues in the opening chapter of Standoff. It’s contrasted with the day Ant-Man’s having, also not good, given the necessary emotional weight by Gary Frank.

It combines with the Falcon solo that ends the collection for about the best character pieces Johns created for the Avengers, defining three heroes then not normally given a chance in the spotlight, and generating considerable understanding of them and sympathy for them. Coincidentally, the Falcon story is nicely drawn by a young Ivan Reis, with whom Johns would create many memorable stories at DC. The final pages lead into Red Zone.

Standoff wasn’t actually released as a graphic novel until eight years after the serialisation, and then only in hardcover. It’s also available in the bulkier The Avengers by Geoff Johns: The Complete Collection 1.