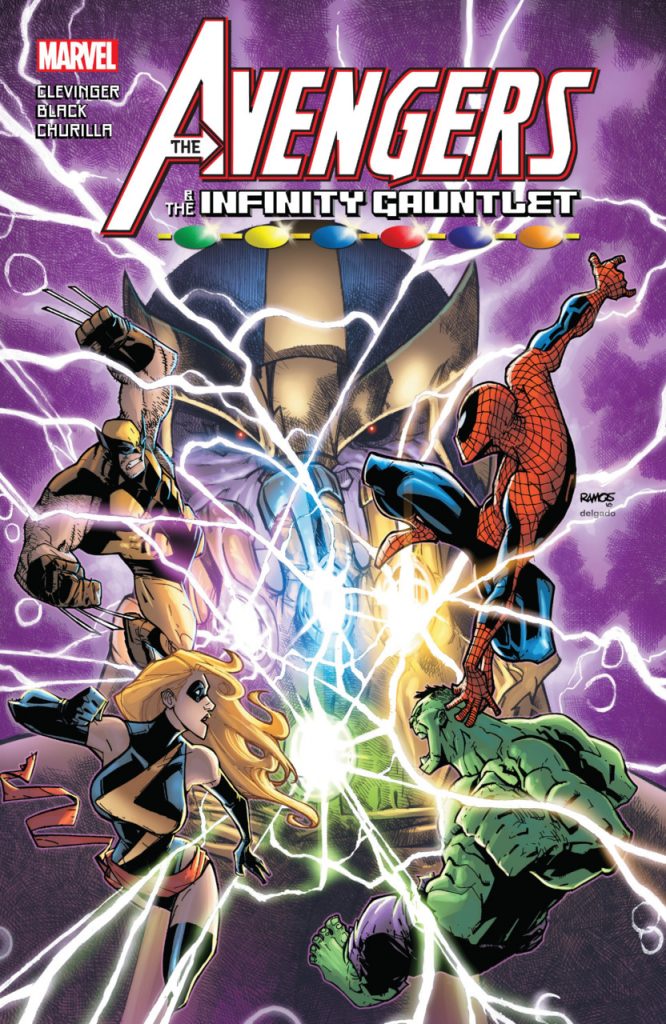 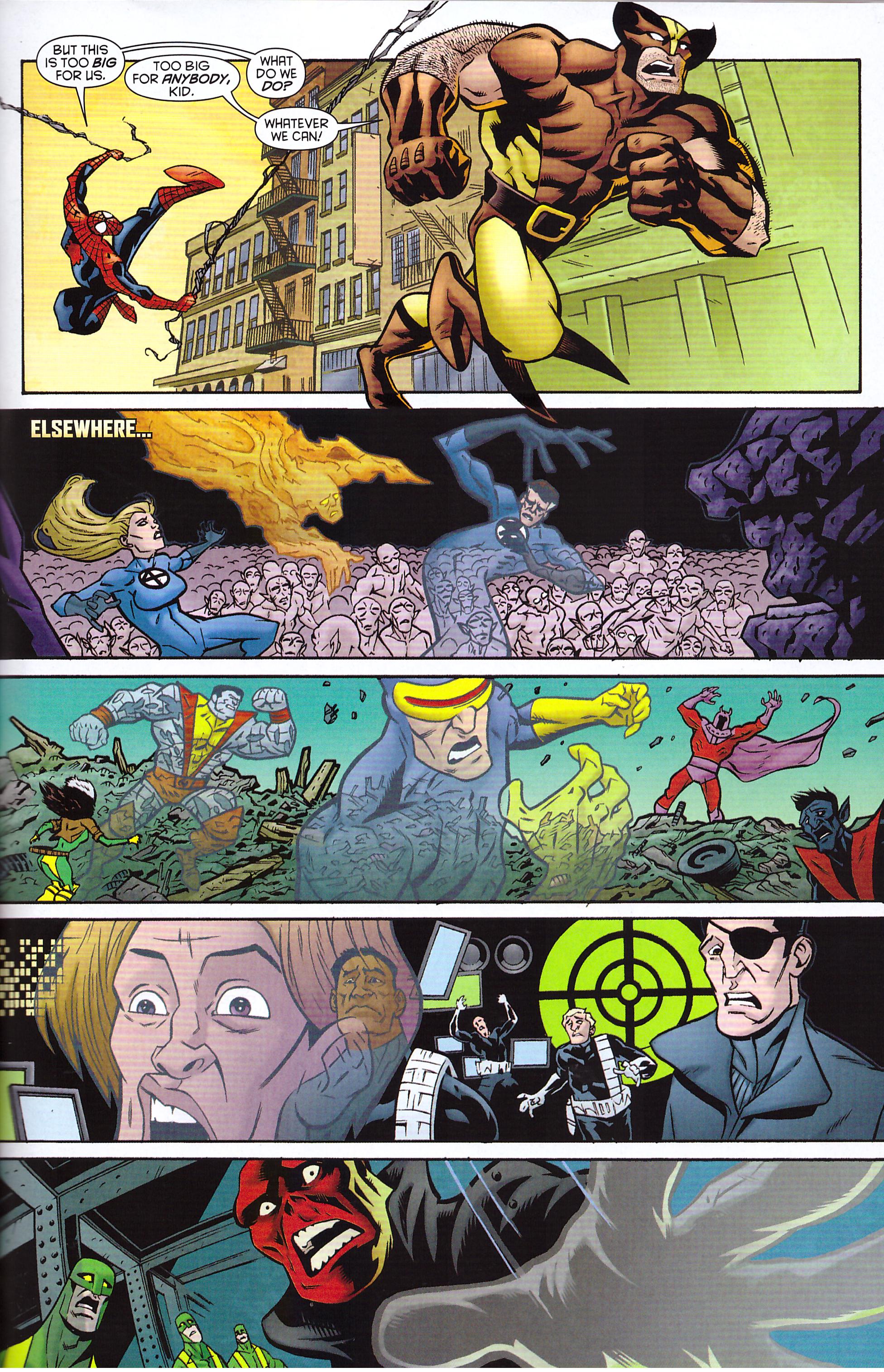 Avengers & the Infinity Gauntlet is obviously aimed at a younger audience, reworking the basics of the original Infinity Gauntlet tale, the first chapter of which is included for comparison. That’s a strange move. Did the editor bother re-reading the content before inclusion? It has some upsetting content for youngsters. That’s just one of several puzzling aspects, another being barely featuring the Avengers from the movie screens in content collected in book form for the first time to tie in with the 2018 Avengers movie.

It only takes a flick through to notice Brian Churilla’s cartooning is extremely basic. Faces and bodies are distorted, and there’s no sense of weight to the characters, with the Hulk and others sometimes looking as if they’re floating on a background rather than standing on solid ground. Foreshortening is suspect, the layouts unimaginative, and that’s even before looking at various individuals. One of Wolverine’s major characteristics is that he’s short. Here’s he’s musclebound and towers over some other characters.

After establishing that 52% of the world’s population have disappeared, Brian Clevinger and Lee Black reduce the remaining superheroes to those already mentioned along with Captain Marvel, Doctor Doom and Spider-Man to deal with the source of the problem. Clevinger and Black intend to be light-hearted, but are constantly writing down to their audience. Some of their dialogue is so over the top that even Stan Lee at his most bombastic would have thought twice about using it, and situations are obvious, generic and nonsensical. It hides the occasional nice touch, such as Spider-Man likening the infinity gems to a cheat code for the universe. On the whole, however, this reads like kids dressing up and play acting.

Is there any single redeeming feature? Well, back in the 1980s Marvel had a series about a trucker, US 1. Even at a company where almost everyone is revived and re-booted sooner or later, Ulysses Solomon Archer hasn’t been seen in over thirty years, but he’s back here as a space trucker. Does that answer the question?