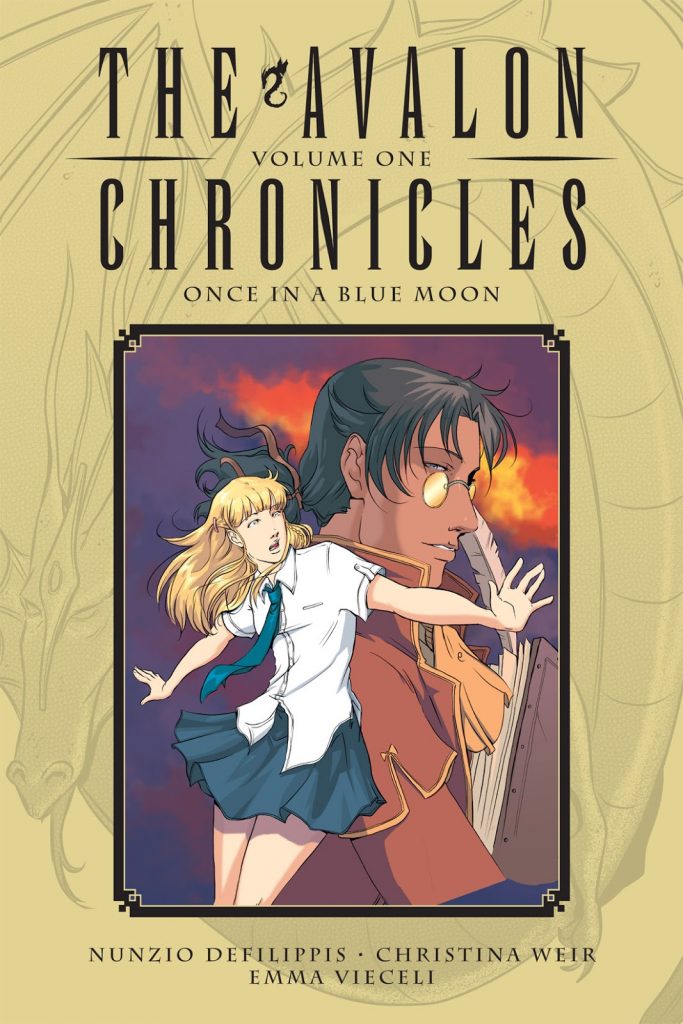 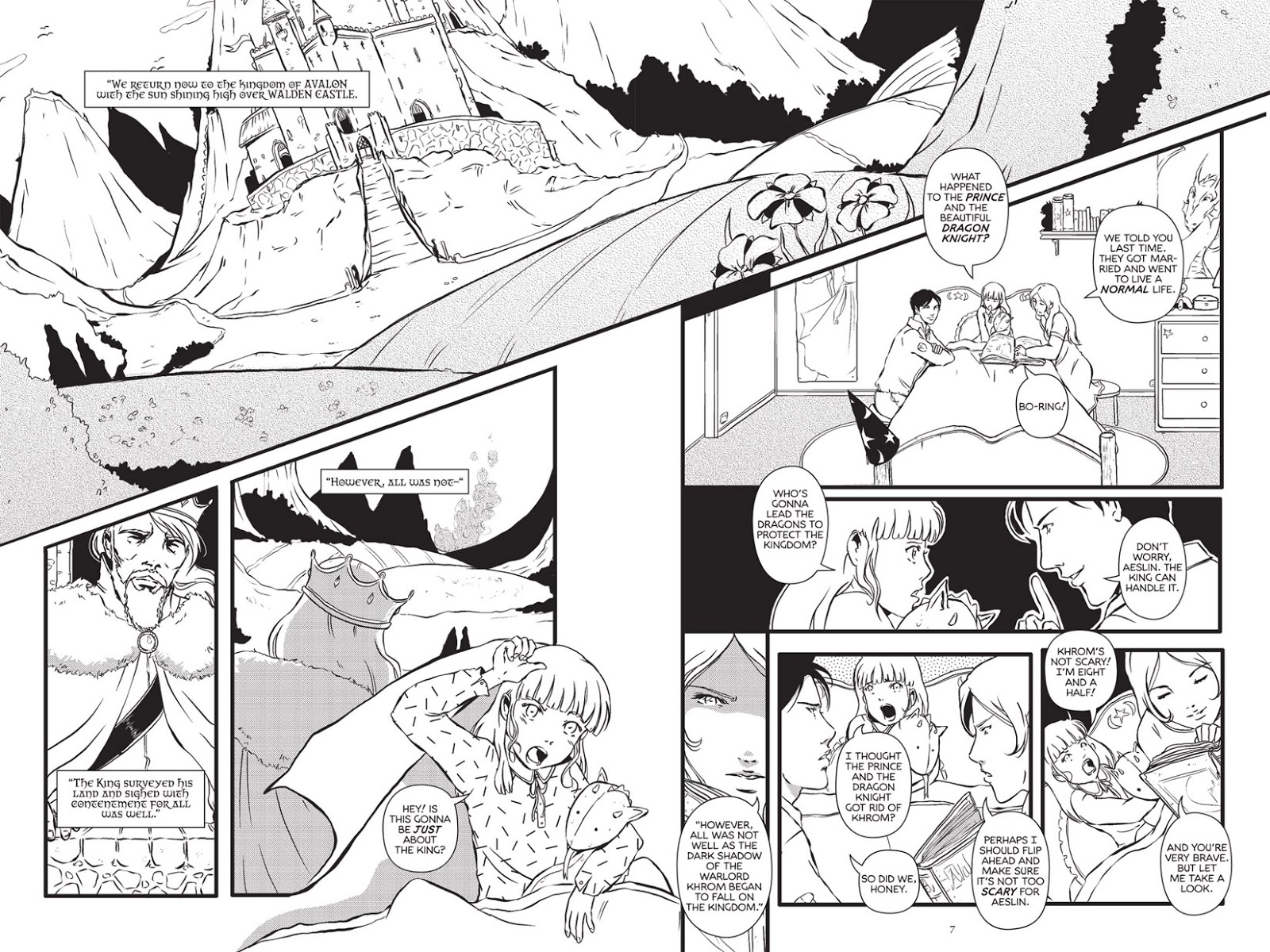 Nunzio DeFilippis and Christina Weir set the bar high with their opening spread, supplied as Emma Vieceli’s sample art, and its deliberate echoes of The Princess Bride, jumping between a fantasy world and the world we recognise. What could be more comforting than parents reading a fairy story to their young daughter? Don’t become too settled, as a few pages later the father is dead and we’ve jumped forward five years. Aeslin is now a teenager, but Meg is still her best friend.

Aeslin is sassy and determined, a modern update on the standard fairy tale heroine. She dumped what she believes to be the fictional world of Avalon when her father died, and when she reconnects, the villain she thought vanquished when she was a child is now running the place.

Vieceli’s art features very attractive people, lively in posture and expression, with manga a strong influence, but as notable as her cast are, she never really sells the idea of a magical kingdom. Everything in Avalon looks ordinary, and while that’s the intention for a pub whimsically called The Abandoned Hope and the world Aeslin grew up in, the expectation would be that other locations have more awe and wonder about them.

Only the youngest readers are going to be surprised by Aeslin crossing over to the fictional kingdom of Avalon and being told she has a destiny, while the experienced will settle in for a routine of one quest leading to another. Ultimately, this opening concerns the Dragon Riders Aeslin always identified with as a young child, the only people able to waken the sole remaining slumbering dragon, which might be Avalon’s best hope in overthrowing a tyrant. After their initial shock DeFilippis and Weir never stray far from expectation as they blend two worlds for a young audience. Once in a Blue Moon does the job, but without any great originality, and readers have a right to expect more from what’s an expensive hardcover presentation. As with all fantasy epics, it’s too big to be confined within a single book, so there’s The Girl and the Unicorn to look forward to, but it’s only fair to warn prospective readers that while two stories are relatively self-contained, The Avalon Chronicles is never brought to a close. 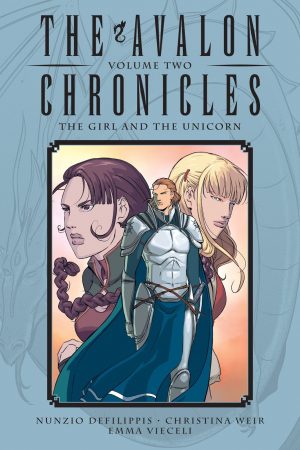 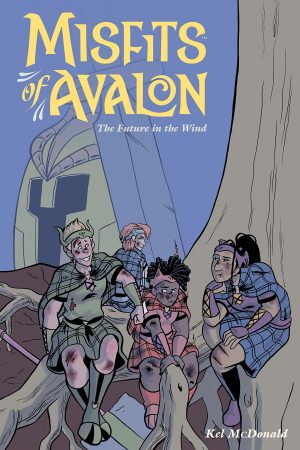