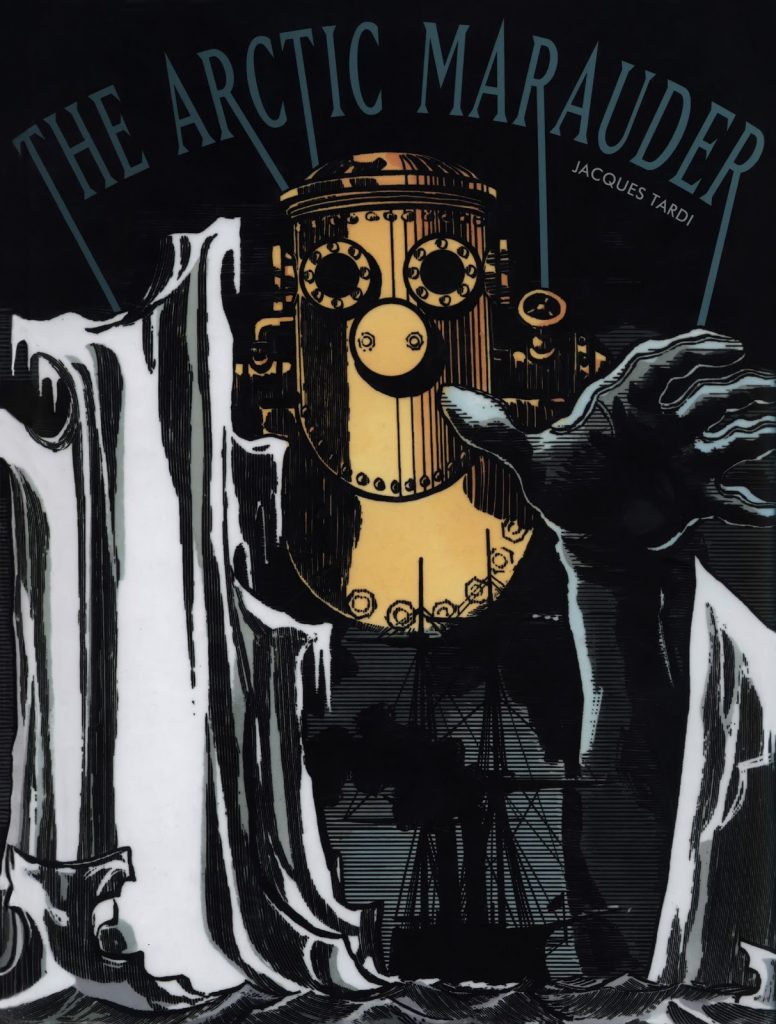 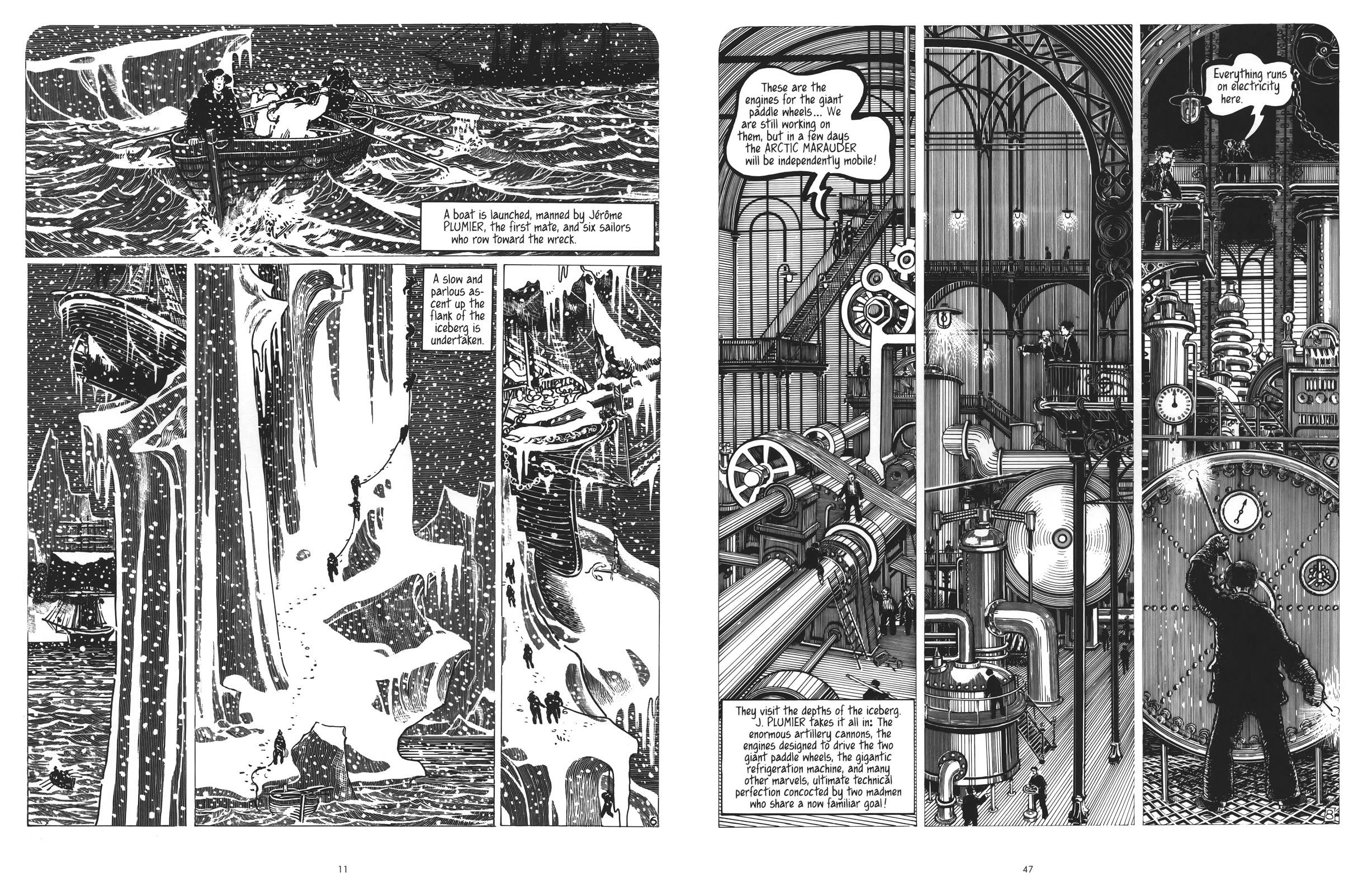 The Arctic Marauder is Jacques Tardi’s second graphic novel, released in France in 1974, but waiting over 35 years for an English translation. It may be an early work, but so much points to the long career that followed and the preoccupations of that career. An appreciation of the art is easily acquired. Tardi seems to have arrived fully formed, ambitious, immensely talented and with a fine eye for the dramatic view. His pictures of men dwarfed against icebergs impress, while his characters and the precision with which he draws buildings are standards that will sustain a career. However, he’d simplify his locations from the impeccable, near photographic renderings produced here. Also pointing the way forward is the liking for the past, and a gentle ribbing of its formality, and a fondness for distanced narrative captions, meaning there’s much about The Arctic Marauder that can also be found in the work of Rick Geary.

Jérôme Plumier is the central character, a young man who survives a terrifying experience atop an iceberg in the opening chapter, spurred to consider what’s behind the mystery he’s now become part of. It’s the first of many mysteries as Tardi spins a ripping yarn, an indication of his inspiration being that he names one ship the Jules Vernez. A nutty scientist complete with creepy helper, a casual killer, a tentacled monster and animal experimentation are all thrown into the mix long before we encounter what seems to be a steam-powered robot as seen on the cover. Tardi presents all this as if possible, delighting in diagrammatic reconstruction of immense machinery seen on the sample art.

It’s all a clever pastiche twisting the elements of Verne’s 20,000 Leagues Under the Sea, replacing people, locations and events with near analogues and cranking up the preposterous. The narrator comments portentously throughout, wondering about events and motivations. Strain really hard and you can hear William Dozier as if narrating another episode of the 1960s Batman TV show.

While enjoyable, the wonder is that Tardi could expend so much artistic effort on something so trivial. In hindsight it can be seen as a learning process. In a career spanning interview by Kim Thompson, translator of The Arctic Marauder published in The Comics Journal 302, Tardi is quick to gloss over this work, leaping ahead to his first successful series. Indeed, Adele Blanc-Sec’s adventures joyously reformulate many of the same fantastic influences more cohesively, but such is the artistic quality this is worth more than a footnote and for many creators it would be a career peak.