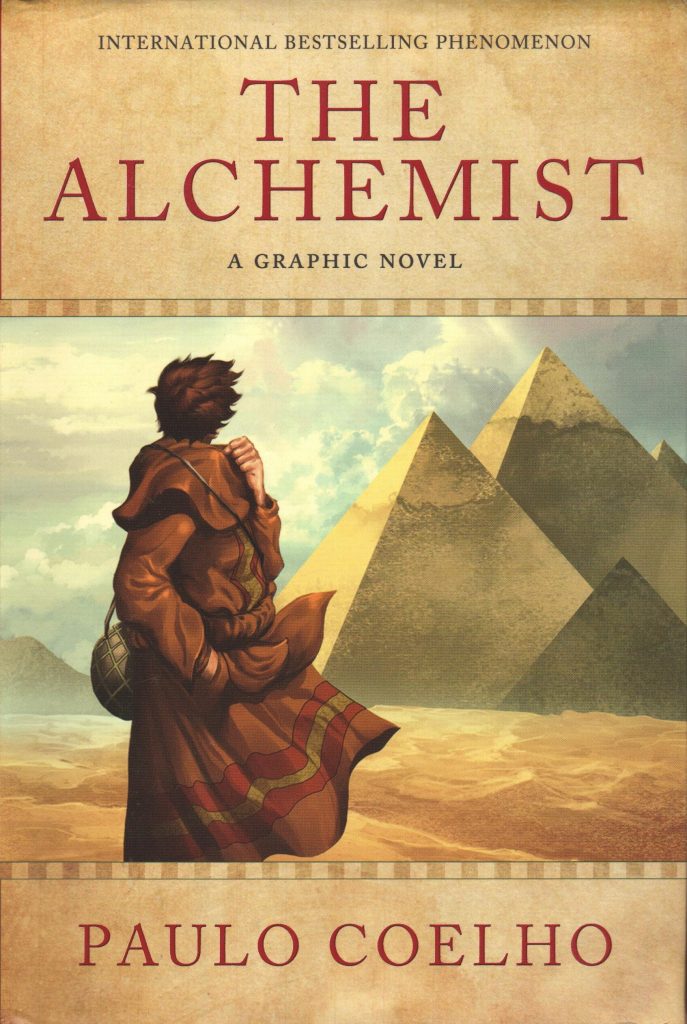 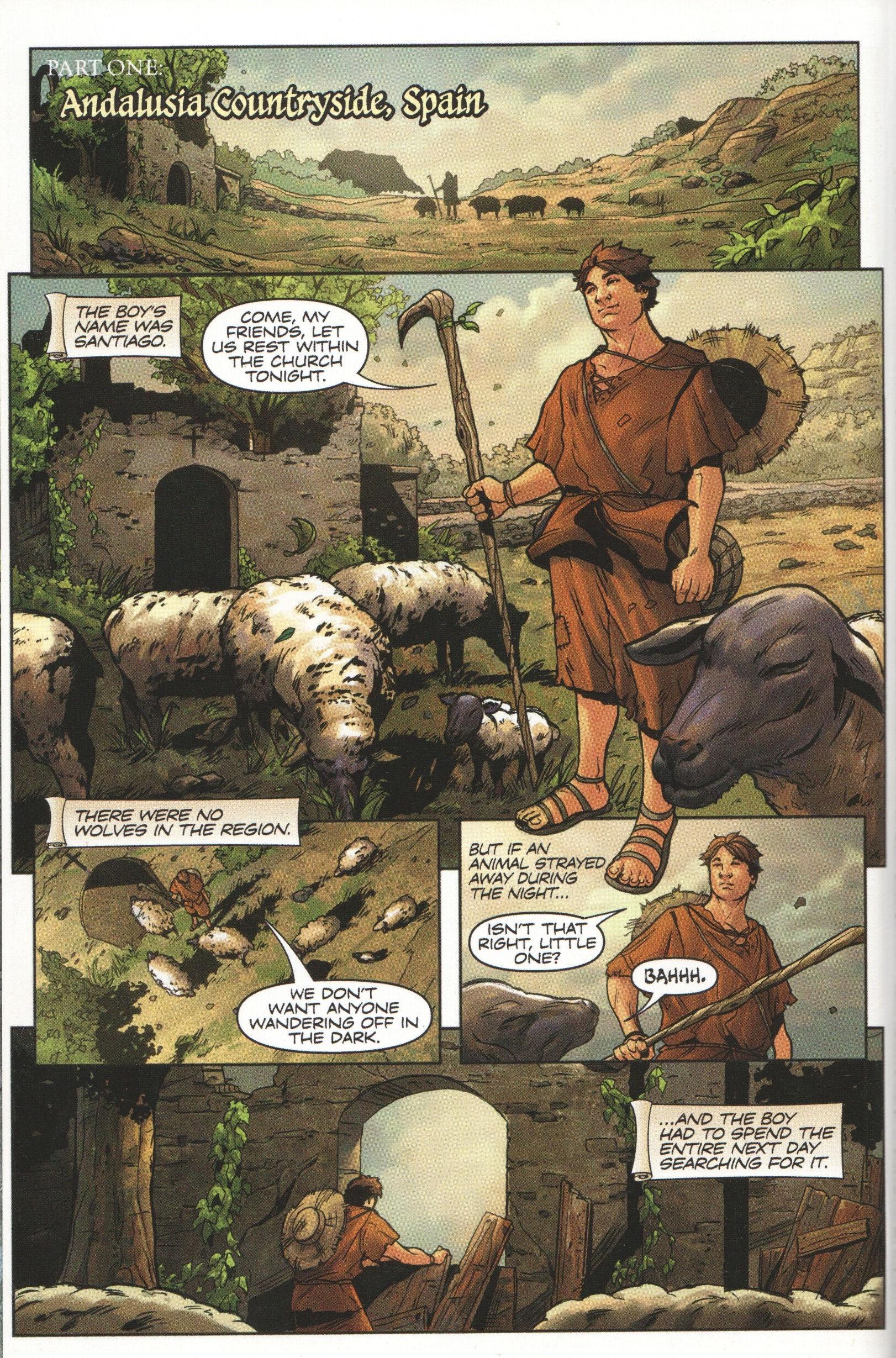 Few late 20th century novels have been as divisive as The Alchemist. For every person who finds its form of magical realism an inspirational spiritual tale of mystical wonder there’s someone else who’ll consider it hollow, button-pushing regurgitation of the obvious.

Author Paulo Coelho is very protective of his property, and has rejected adaptations that don’t confirm with his views of how it should be seen. Approached about a graphic novel adaptation with Moebius attached, he reportedly knocked it back. Instead Moebius produced full page illustrations for a new edition of the novel. Daniel Sempere seems to have found greater favour, and one can only presume that Coelho prefers naturalism. Although not enough to have anyone else credited on the cover, despite it having room to let us know the novel is an international bestselling phenomenon.

The Alchemist promotes the message that if you should always follow your dreams because if you want something enough, you’ll achieve it, although possibly not in the form you anticipate. It’s a lesson learned by a young shepherd who lives a simple life, walking his sheep across the hills of Andalusia. It’s a life he’s chosen for the chance to meet people and see places, despite his father telling him when he grew up that those who visit the village leave no different than they arrived. He becomes enamoured of a merchant’s daughter, and consults a gypsy about a recurring dream. She tells him he’ll find his fortune at the Egyptian pyramids. Its a message reinforced by the next person he talks with, who offers the advice that he should always follow his instincts. The story is punctuated by parables and advice, and the shepherd’s journey eventually takes him to places far further than he ever envisaged, and he learns about other cultures as he meets assorted spiritual people and cultivates the ultimate self-belief.

Derek Ruiz adapts the novel, and both he and Sempere are very faithful to it. There are no diversions away from the core text, and the art is kept as simple as possible, although it becomes decidedly looser and rushed toward the end.

Duality is another theme, and a clever aspect of The Alchemist is that personal belief plays a major part in what you’ll take from it. The proverb about leading a horse to water isn’t aired, but it’s applicable. Alternatively, take nothing from it but an entertaining fable about a young man whose life is changed by learning and experience.