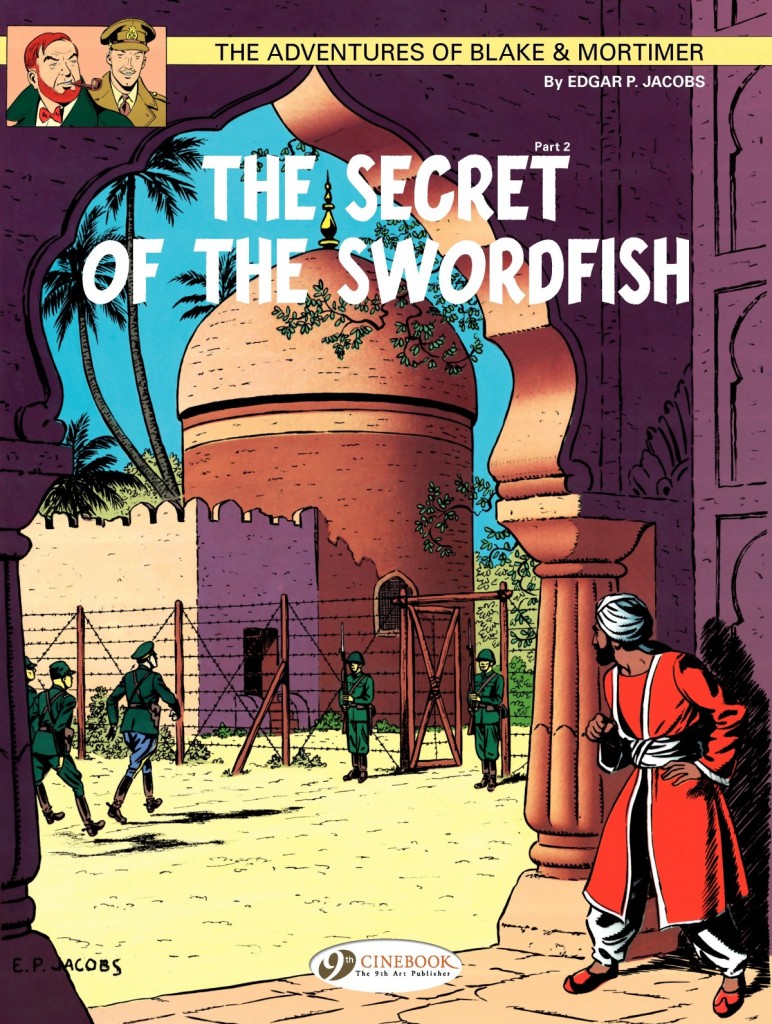 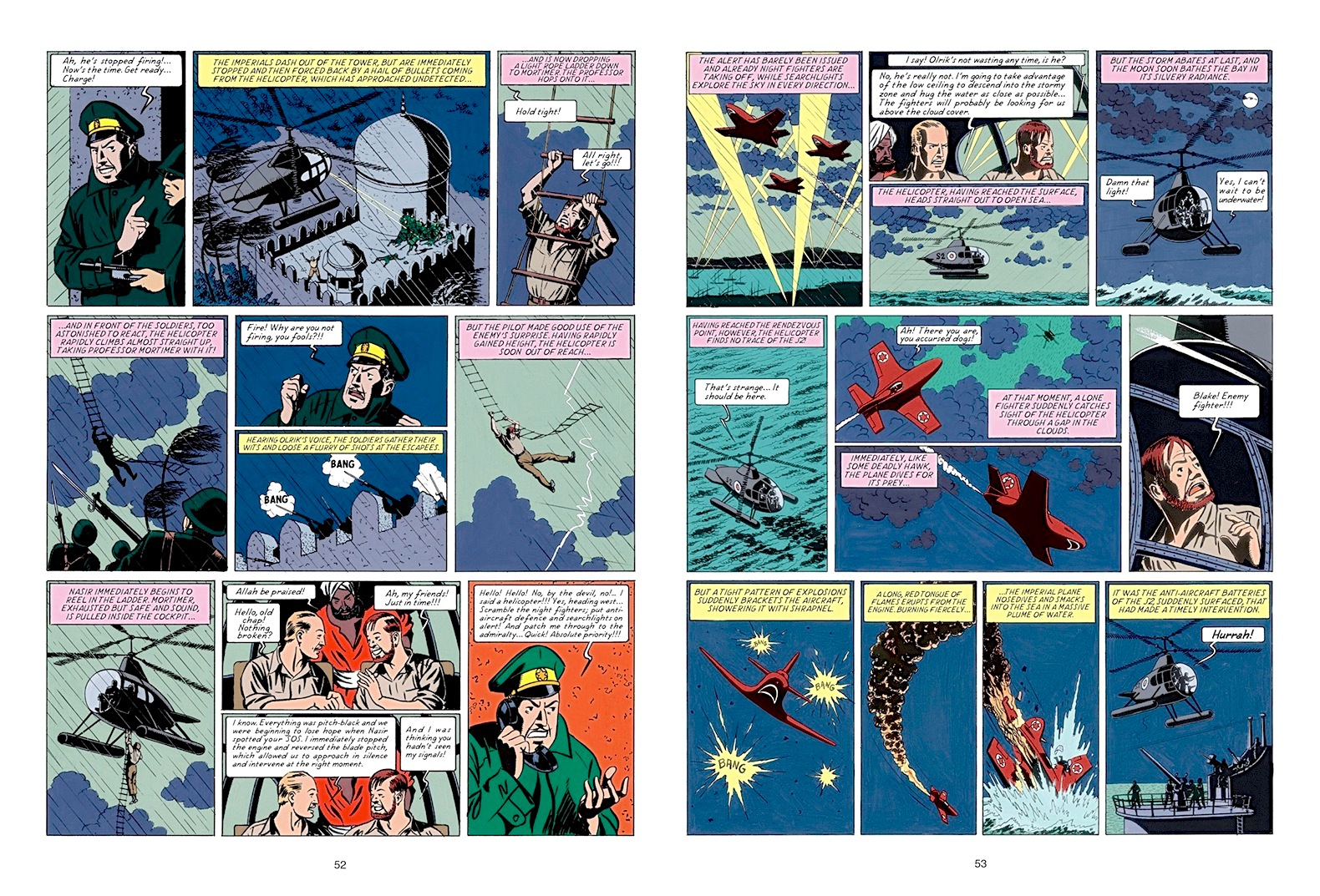 The revered European strip The Adventures of Blake & Mortimer began serialisation in Le Journal de Tintin (Tintin magazine) in 1946, with The Secret of the Swordfish. Edgar P. Jacobs’ two heroes Captain Francis Blake, the head of MI5 and Professor Philip Mortimer, a top scientist, became hugely popular across Europe in stories of futuristic menaces defeated by good old British know-how, featuring dynamically drawn, cliffhanger-filled, action, mystery and adventure. Jacobs is little-known in English-speaking countries because his books weren’t translated until the 1980s, and while they look great they lack the humour and charm that made Hergé’s work so broadly appealing. Jacobs compensates for this with a breathless, speedy intensity to his storytelling. The action keeps unfolding, the dramatic jeopardy is ceaseless and his heroes ingenuity in the face of certain death saves them time and time again.

The Secret of the Swordfish was published in weekly episodes over a couple of years. It introduces our heroes trying to turn the tide of World War III against the all-conquering Yellow Empire based in Tibet. In part one the advanced atomic weapons of Basam Damdu, Emperor of Tibet devastated the capital cities of the world, and only Philip Mortimer’s new aircraft design – the Swordfish – may be able to even the odds. The breaking up of the story into three books is just for publishing convenience, and the arbitrary breaks don’t do Jacobs’ storytelling any favours. This middle volume, ‘Mortimer’s Escape’ feels shapeless as a result with no real beginning or ending. It has some excellent action sequences,  but doesn’t stand alone, and unfortunately the episodic nature of the storytelling with the emphasis on plot underlines how mechanical the characterisation of the two heroes is. A typical exchange between them is summed up in a scene on page 52 when Mortimer is trapped on a rooftop, nowhere to go, about to perish in a hail of bullets. He makes his escape with a rope ladder, dangled perilously from a helicopter piloted by Blake. As the two speed away, they express their relief:  “Ah, my friends! Just in time!” says Mortimer. “I know,” Blake replies. “Everything was pitch black and we were beginning to lose hope when I spotted your SOS. I immediately stopped the engine and reversed the blade pitch, which allowed us to approach in silence and intervene at the right moment.”

If you can overlook the utterly banal dialogue, there is a lot to enjoy here. Jacobs is very inventive and his overall approach to making stories still works very well all these years later. The skilful, beautifully composed and forcefully rendered panels are very compelling, delivering convincing action that draws you in and keeps you turning pages to find out just how these complicated scenes are going to be resolved. Jacobs went on to deliver much tighter, better-written books but this first story has enough going for it to be more than just a curio for fans. The Secret of the Swordfish concludes in the next volume, ‘SX1 Strikes Back‘.