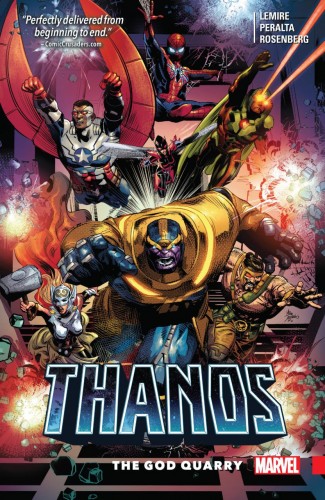 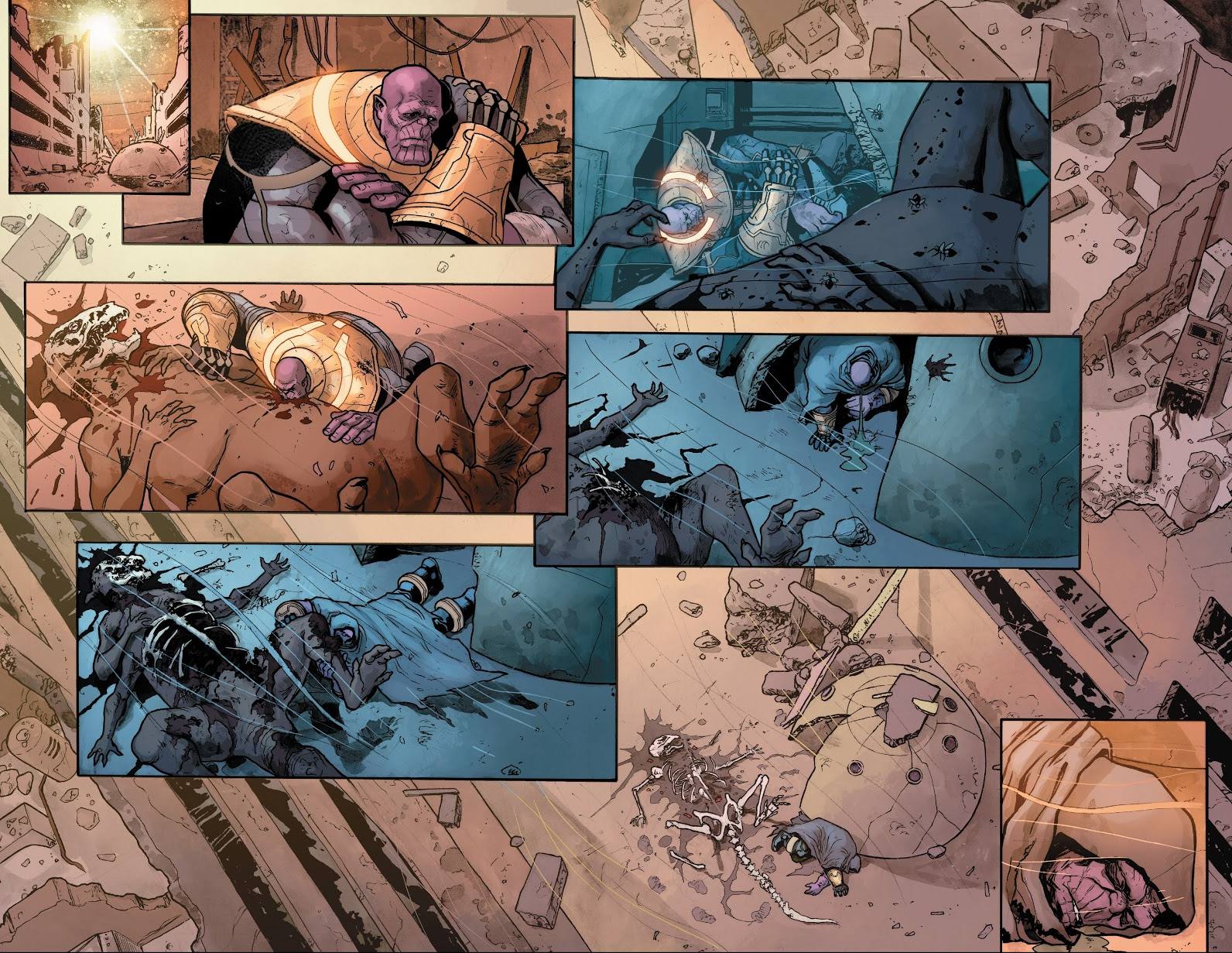 Since his introduction Thanos has been pretty well the most powerful villain in the Marvel universe, capable of destroying planets, and as seen in Thanos Returns, under normal circumstances, single-handedly capable of fighting off the entire Shi’ar Imperial Guard. However that wasn’t normal circumstances as Jeff Lemire’s method of making his a different Thanos story is the introduction of vulnerability. Thanos may have returned, but he has medical issues, and while by human standards he’s still indestructible, those with greater power sense an opportunity.

One of them is Thanos’ own conflicted son Thane, who’s on a rampage. Until now Lemire has played around with the toys of the Marvel universe, but this features his own additions, the Witches of Infinity, and what they guard, the God Quarry. Like so many fictional witches, they come as a trio, and act as guardians of the lost and valuable, among which is Thanos’ power. “So tell us mad Titan, have you come here to waste our time, or will you enter the quarry?” they ask, and having shown Thanos the consequences of doing so and failing, not many would.

Mike Deodato’s art last time round was something to cherish, but unfortunately his pages don’t feature this time. Still, as seen by a clever sample spread indicating the passage of time, Germán Peralta’s also able to astound. His isn’t quite the clean approach taken by Deodato, yet it’s more suited to a grubbier set of circumstances. However, when the raw power is needed, he’s falls a little short.

Although at times it seems he’s going to run out of space, Lemire completes his story (although Thanos’ continuity continues in Thanos Wins), and it’s been one with some interesting ideas, but without ever becoming something that must be read. Ultimately a supporting cast that showed some promise are reduced to sounding boards and commentators here, so without any great purpose, but in the witches and the God Quarry itself Lemire introduces some interesting, if plot-convenient ideas. It’s better than recycling the imposing, intimidating and supremely powerful Thanos of old, but that’s what remains at the end.