Tentacle Kitty: Tales Around the Teacup 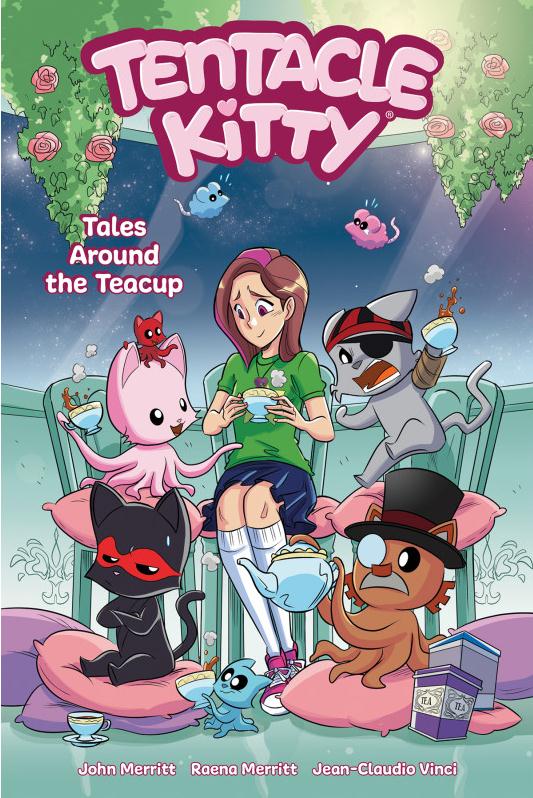 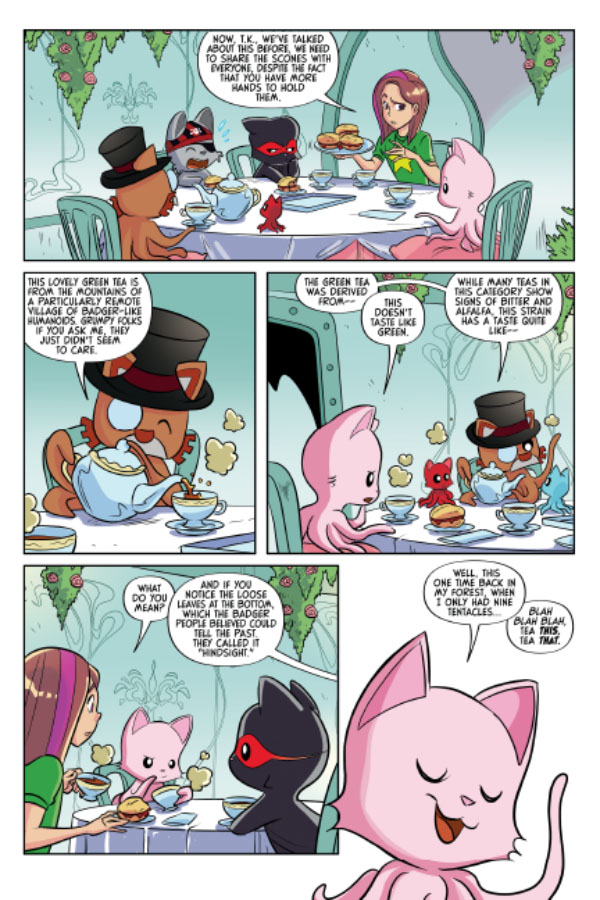 Tales Around the Teacup is based around the Tentacle Kitty plush toys fad. They’re kittens, yet they have tentacles, and some people can’t get enough variants. The title character is completely pink, so tradition would indicate a series aimed at young girls, but writers John and Raena Merritt keep almost the entire cast gender neutral. Unfortunately, though, that’s about the most interesting aspect of three and a bit stories where there’s a lot of rushing about accompanied by slapstick action, but not much beyond.

Readers are thrown into the cast of four tentacled cats and a human teenager chased from an alternate Earth where the entire planet is over-run with clowns. Escaping into space, they settle around the table for some shared tea, and three of them tell a story. Tentacle Kitty remembers a hunt for a green mouse, human friend Violet recalls a cosplay convention over-run by zombies and Pirate Kitty saves the best until last. It’s more imaginative for attempting to transpose a seafaring fish hunt over the actuality of mundane events in the kitchen. However, none of the stories make any great sense as the writers just throw in another leftfield surprise every couple of pages.

Only artist Jean Claudio Vinci emerges from Tentacle Kitty with any credit, as his lively cartooning makes the stories look far better than they actually are. The cover positively oozes personality, and the same applies to all the internal pages, no matter the scenario.

Despite featuring zombies and pirates, this is pitched at a cute, children’s level, so the actual scares are minimal, as is the tension. Vinci would be best advised to apply his talent to something with greater potential. 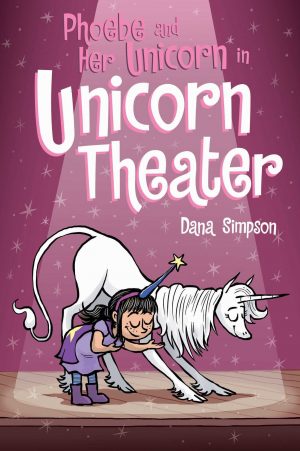