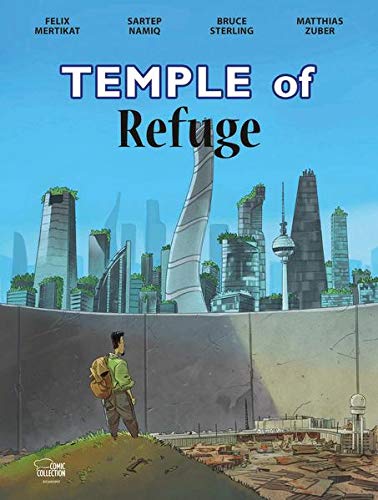 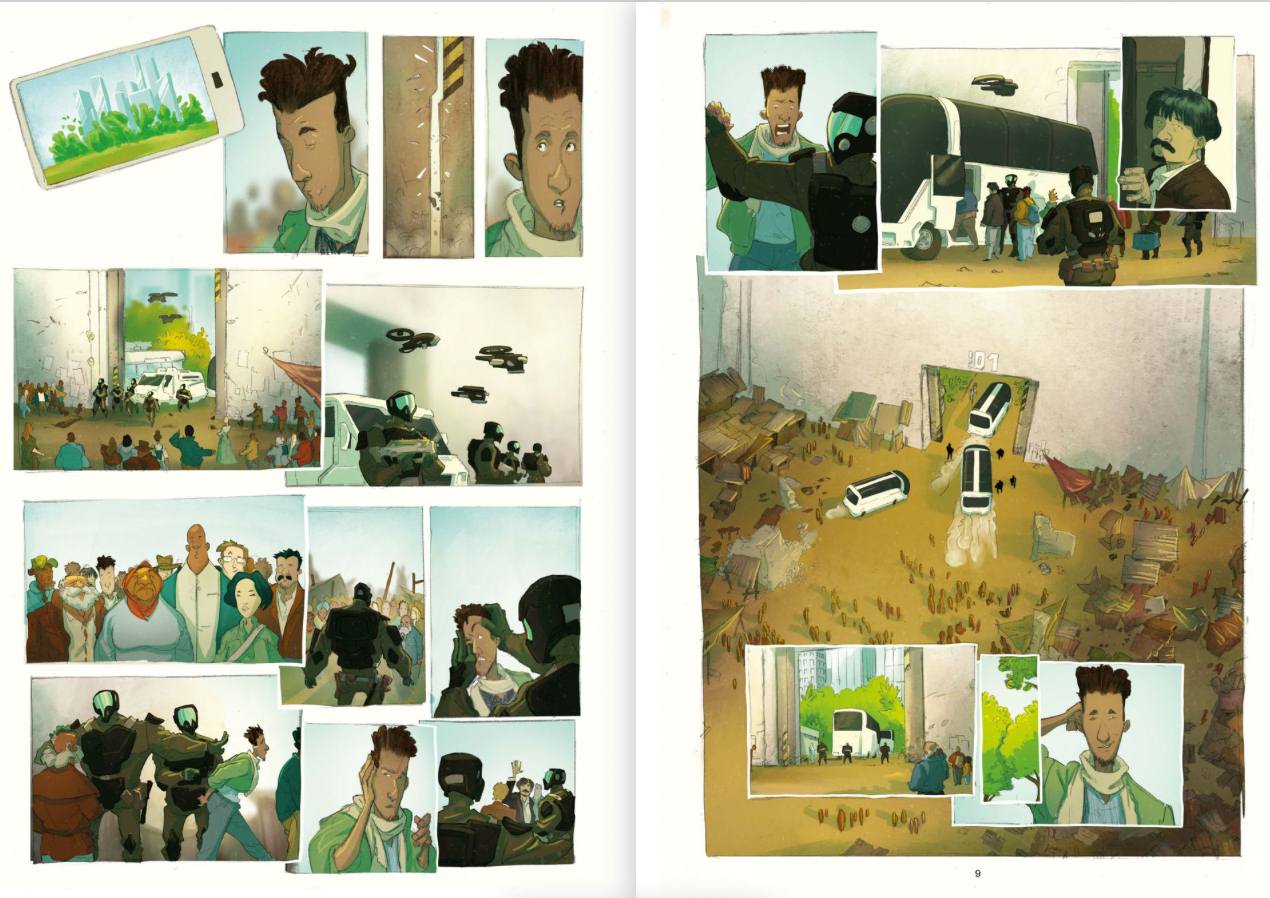 Temple of Refuge is a wordless graphic novel reflecting the experiences of Kurdish refugee Sartep Namiq coming to terms with his arrival in a foreign country where he doesn’t understand the language he hears all around him. He ended up in Berlin, so this album sized hardcover is a German publication, but the back of the book text is provided in seven different languages, including English, so can be understood.

When arriving in Germany Namiq was housed in a refuge centre occupying Berlin’s former Tempelhof airport. The experience is re-imagined as Berlin being a vast, walled futuristic city remaining just out of reach while Namiq faces the predators and poor conditions of scrubland outside. It’s a creative reconstitution of the fears and dangers every refugee experiences even once they’ve reached what’s considered safety, highlighting both those willing to prey on people who have so little, and those willing to help.

Where Temple of Refuge is lacking is when it comes to credits, the cover featuring three names other than Namiq’s with no indication as to their participation. A website explaining the project provides some clarification before muddying the waters further. It’s explained that Namiq worked with noted SF writer Bruce Sterling to clarify his ideas, and comic artist Felix Mertikat provides the illustrations. Matthias Zuber has film writing credits and seems to have participated in workshopping the ideas, while the website also credits Christopher Tauber for story, yet he’s not mentioned for the book. In the end, perhaps the most important aspect is that all profits are channelled to an organisation that rescues refugees at sea.

Because so much resembles our world over the first half of the story, when the science fiction elements are added for the second they seem out of place, but they’re ultimately positive and joyful. Mertikat’s art is strong on personality, and he brings out the creative aspects nicely, adding to what proves an inspirational message.

For all the good intentions, Temple of Refuge takes a while to get going, and could be shortened to provide a sharper focus. It’s valuable for prompting a greater understanding of what a refugee is, and why they’re willing to risk so much for a better life, but those who need that understanding aren’t likely to read it. The best bet is that it falls into the hands of youngsters and shapes their thinking. 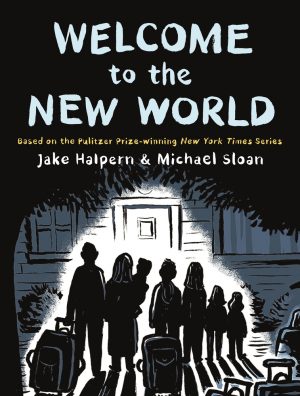