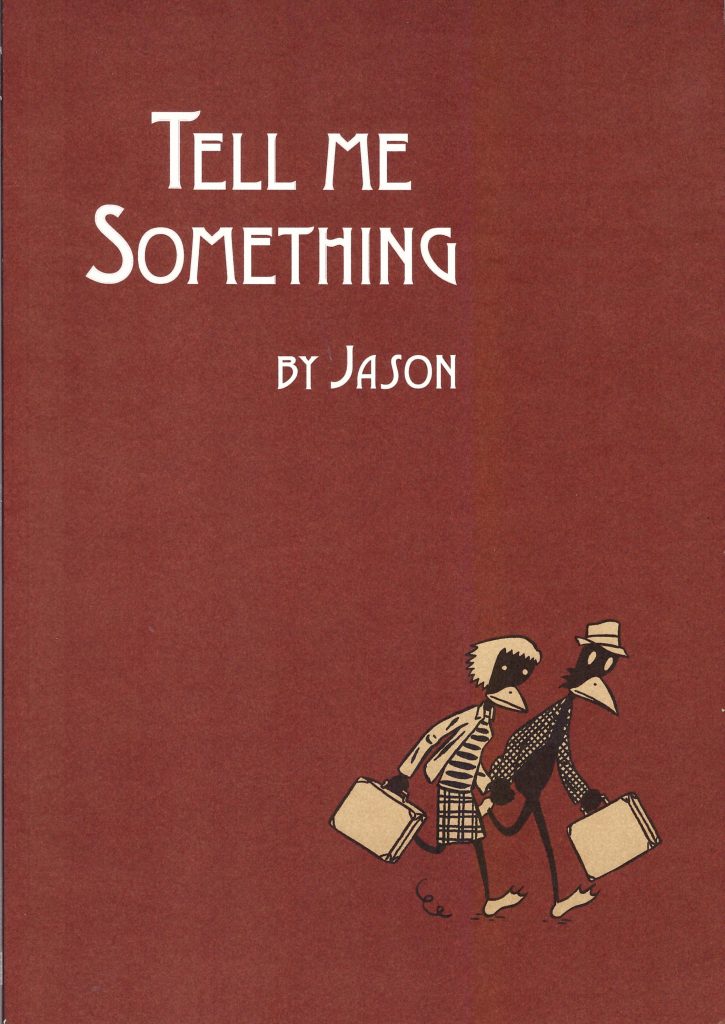 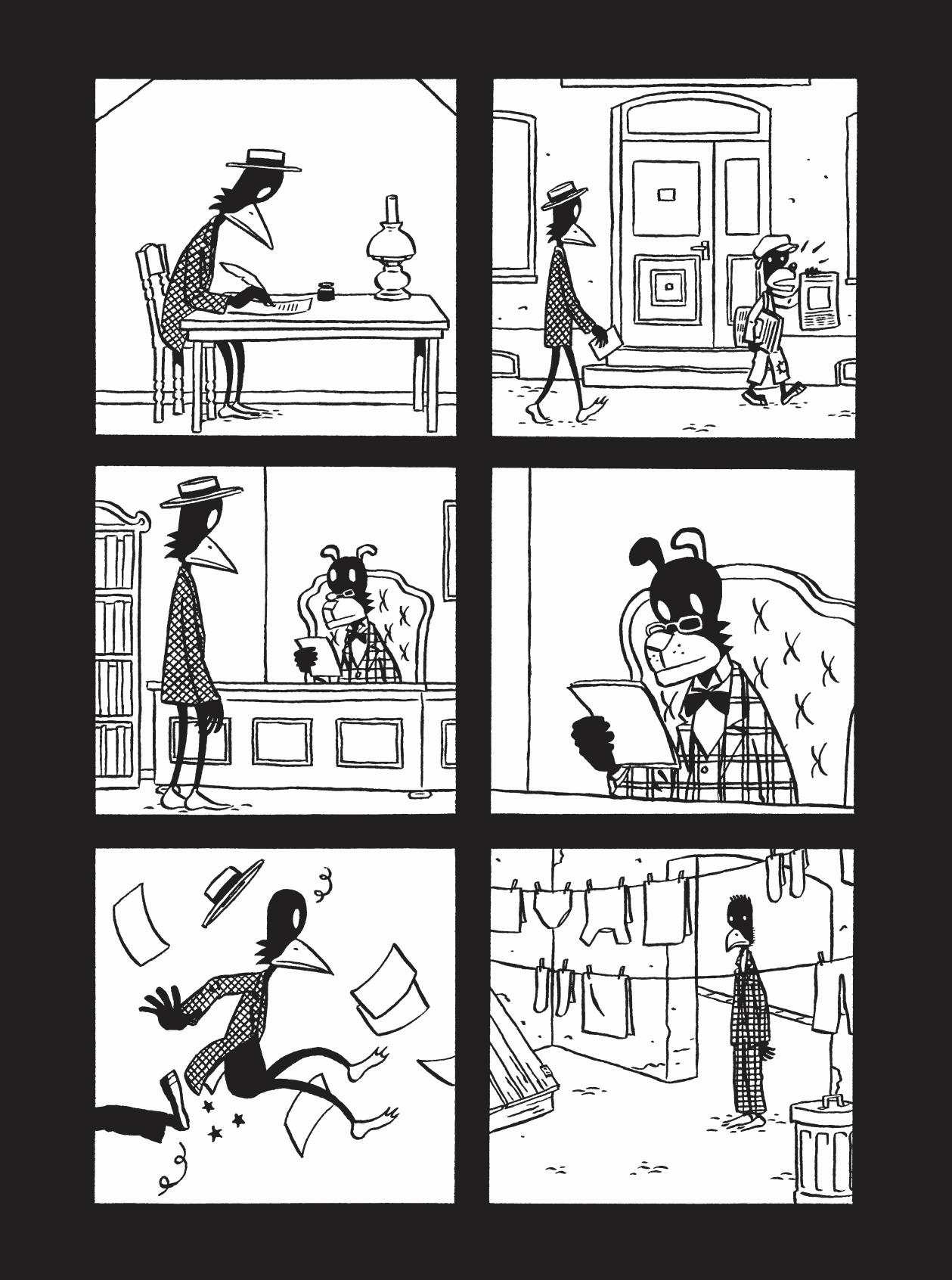 Tell Me Something begins with a great lesson in not leaping in to judge Jason’s characters. After being bumped by a stranger in the street a man discovers his wallet has been stolen. On opening it, the culprit discovers a photo of his lost love, a woman he’d saved from being mugged many years in the past. The scene then switches to how she is now, and her husband’s return home.

Jason alternates frequently between past and present, indicating the past in manga style by having the pages bordered in black rather than white, and plays further artistic tricks by presenting his story as if frames from a silent movie, complete with the dialogue presented in ornate individual panels between the illustrations. It can’t help but charm. Not that Tell Me Something requires any help on that score. It’s a heartbreaking romance. Guy saves girl, girl tells father he’s a poet, father decides he’s not suitable, and sends the heavies round.

As ever, Jason’s cast consists of humanised dogs, cats and birds, but the emotional brew achieved with simple figures can be profound. Time magazine’s back cover quoted review observes the connection with the films of Buster Keaton, who possessed an emotional intensity while never changing his expression, and the starkly contrasted black and white cast strike a similar mood.

Jason switches genre with ease, and this is his silent film homage and his feelgood romantic comedy, or it would be if he’d decided to conform to what’s expected. Instead he pulls us on a wild journey throwing in several surprises. It’s a fantasy, indicated by the title, which has no other relevance except as an introduction, so anyone spending any amount of time figuring out the plot will find holes, perhaps another reason the film element has been accentuated. Tell Me Something is now out of print, so now much more easily found in the hardcover compilation Almost Silent.