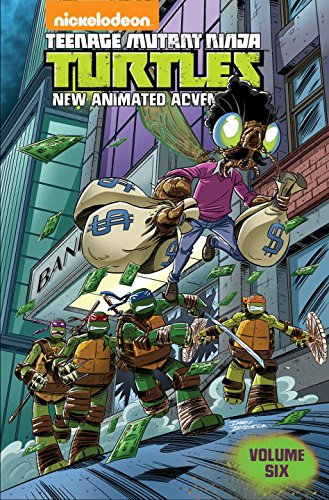 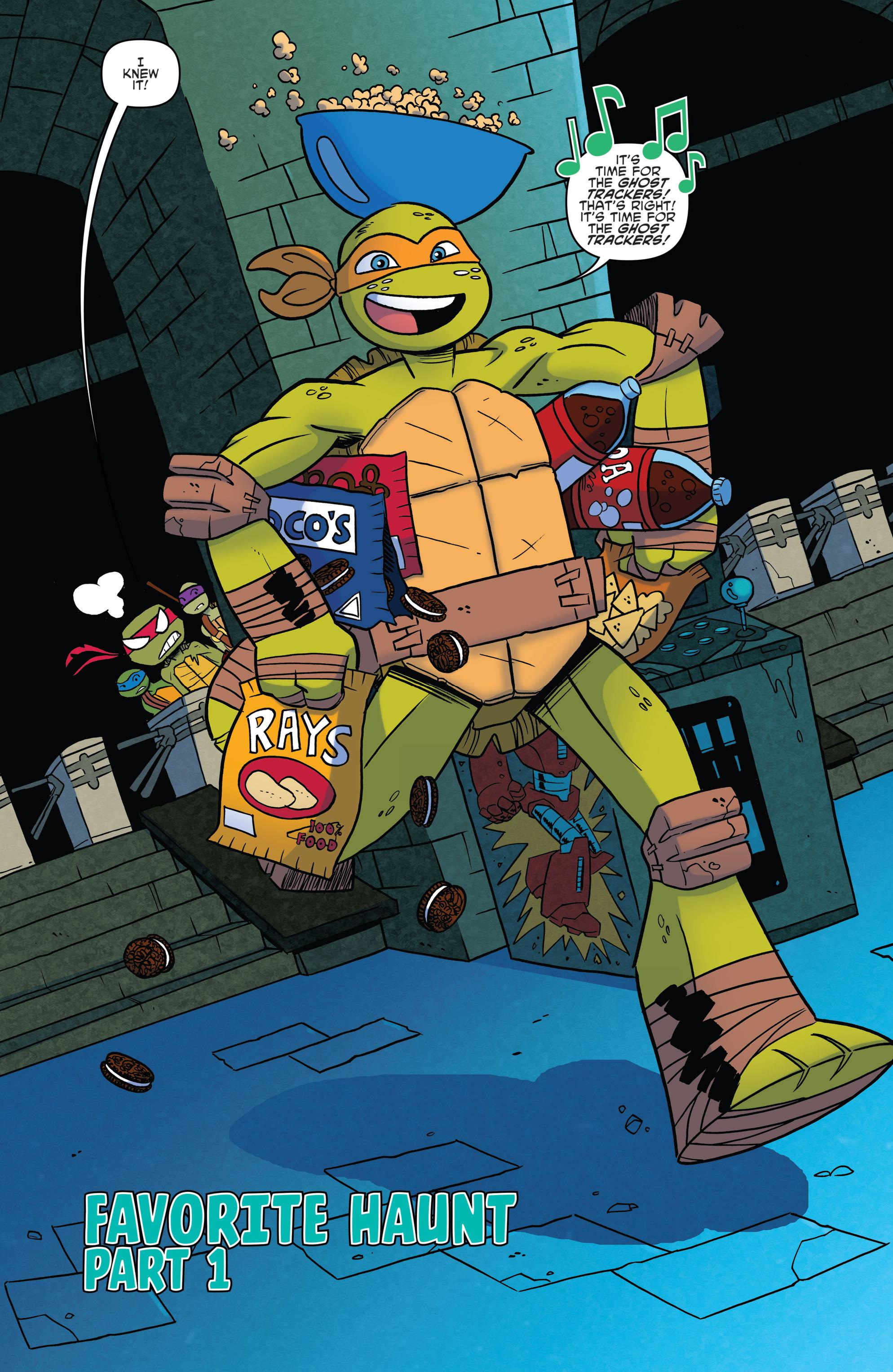 This final collection of the comic series based on Nickelodeon’s Teenage Mutant Ninja Turtles series draws to a close with some previously unimpressive creators stepping up and raising their game in the absence of both of the best series writers to this point. Matthew K. Manning writes more than anyone else, and has somehow picked up the imagination and spark previously lacking. Instead of being the weak link, he’s the standout here, with his best work being Mikey skiving off patrol to watch an investigative TV show, into which Manning cleverly incorporates his brothers playing tricks to provide a satisfying story. His tale of the Turtles training via a game of tag has its moments, but is slight in comparison. Far better is the final strip ‘Acting Out’ in which the Turtles prevent a crime without ever realising they’re doing so.

Caleb Goellner stood out as a newcomer in volume five, but is here restricted to two seven page stories, and neither is anything memorable. The best aspect of the first, concerning Mikey being transformed, is that Billy Martin, one of the weakest series artists to date, improving immensely from his contribution to the previous book. Here there’s life and detail to his work, and he justifies the faith shown in him by the editors.

The remainder of the art is by regulars Dario Brizuela, Marcelo Ferreira and, with a late spurt drawing the final four stories, Chad Thomas. They’re all old hands by now, and all manage the appropriate blend of cartoon friendliness and martial arts at night. The joyful sample page is Thomas’ work.

Paul Allor has been among the makeweight contributors, and does nothing to alter that status with a two part story that fills the pages, but little more, during the course of which he really overplays the joke of the Turtles never remembering Baxter Stockman’s name.

For those who’d prefer, the content of this graphic novel can also be found in the second Teenage Mutant Ninja Turtles New Animated Adventures Omnibus, along with the previous two collections.