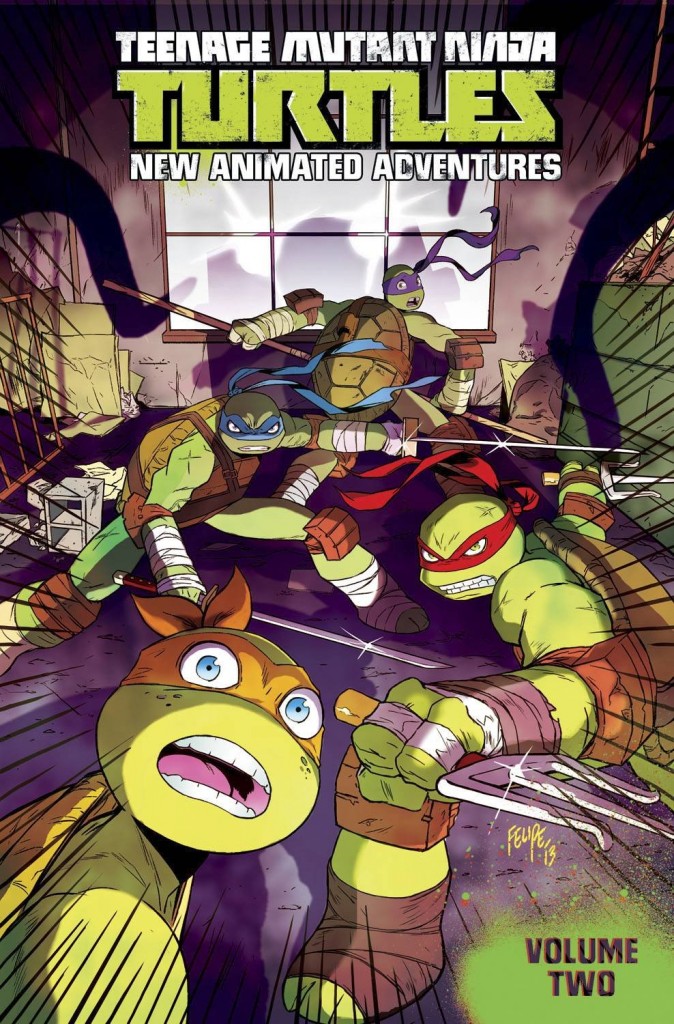 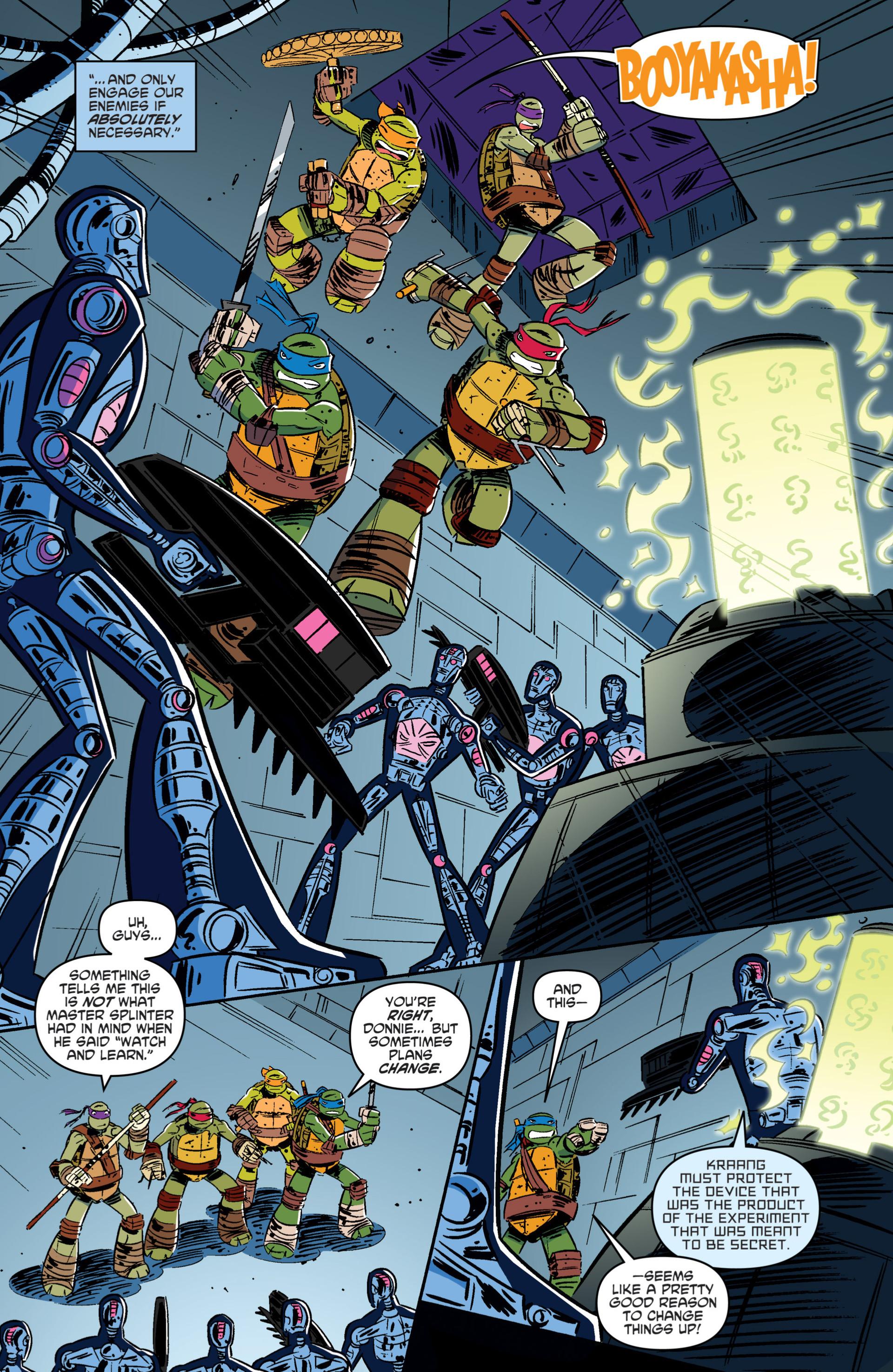 The opening volume of IDW’s Teenage Mutant Ninja Turtles based on the 2013 animated series was a solid read for the target audience. Just so there’s no confusion, this is the series of original material, while Amazing Adventures is the series adapting episodes from that show.

Dario Brizuela illustrated the entire first book, and that established an approach, so while Adam Archer is okay, although in places has problems with foreshortening, and Chad Thomas is very good, it’s Brizuela whose style defines the book. He’s excellent with the final story’s oversized menace, and also better at differentiating the turtles’ ages. Colourist Heather Breckel adds to this by employing slightly varying shades of green, with the youngest, Michelangelo, the brightest.

Although Kenny Byerly wrote most of the first volume, IDW employ a policy of rotating the writers, and he only contributes two stories here, although they’re both good. The first has Fishface out for revenge on a former partner and the second features the Dr Rockwell, now transformed into an ape, and the Rat King. Also up to the established standard is Brad Smith’s  detailing an eventful night in the city for the turtles, spotlighting them separately before uniting them as they discover what the others have been up to. Oddly, it’s Cullen Bunn’s material that’s the weakest, with little in the way of small character moments punctuating the adventure. As a man used to the demands of superhero comics, more might have been expected.

A further four volumes follow, but if you already know you’re going to love the content you may prefer to pick it up collected in two Omnibus editions.