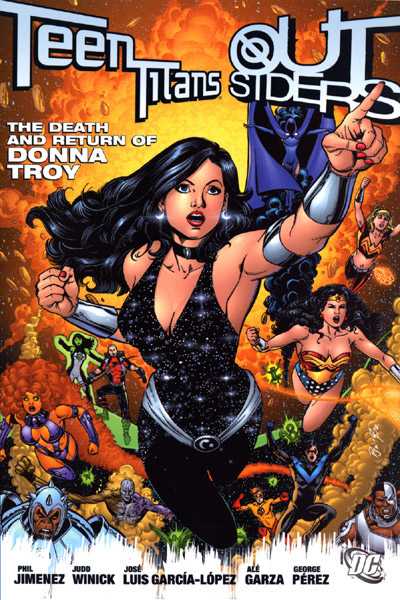 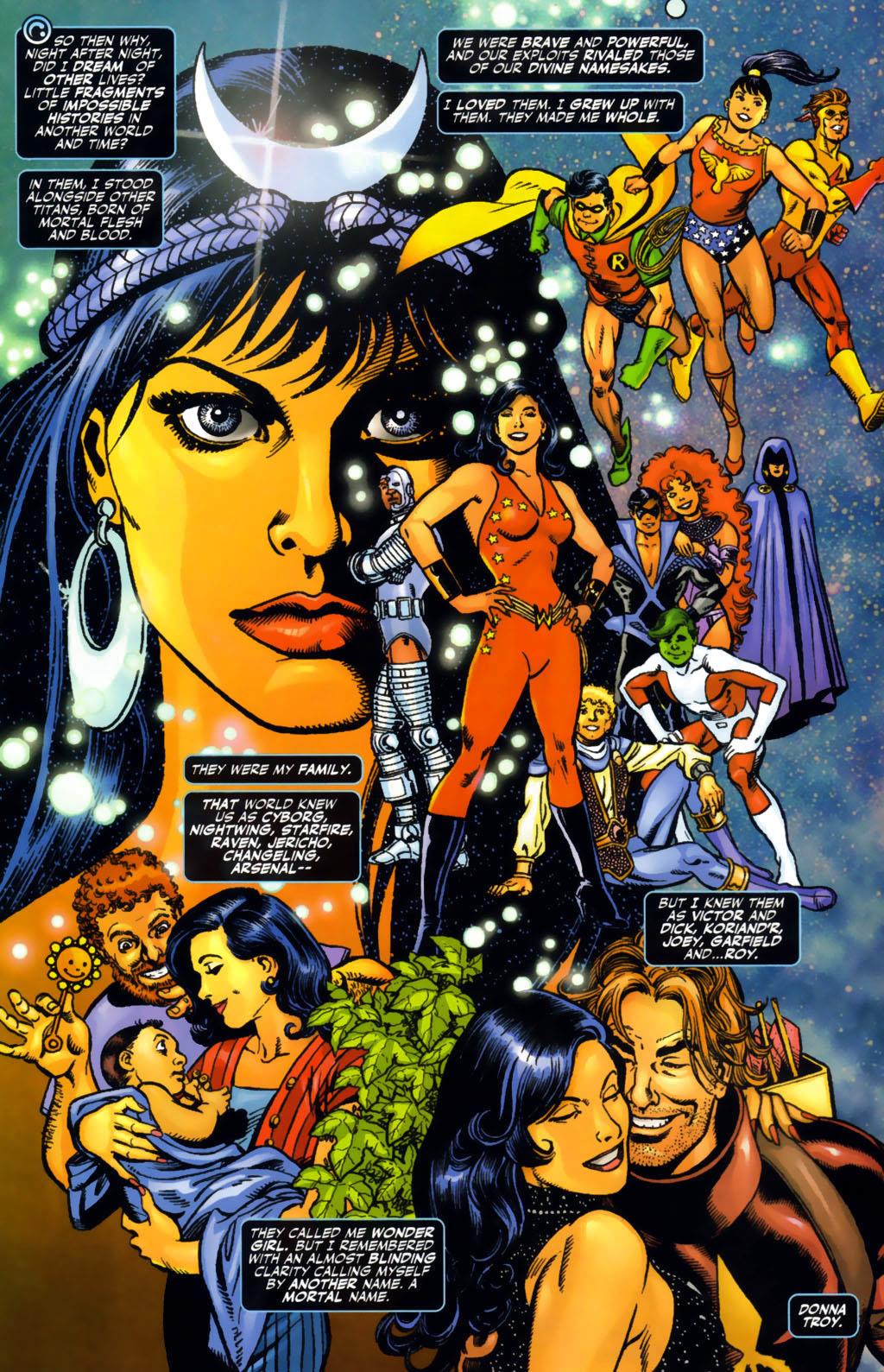 This rather awkward collection is a peek behind the curtains at the DC editorial department, at least as it was in the opening years of the 21st century. It gathers what were originally published as two miniseries. The first from 2003, needs a shock ending to its sturm and drang, so Donna Troy, a character with history dating back forty years, is killed. C’mon. It tells you that on the cover. Two years later either there’s a new editor in charge, or there’s a tacit admission that mistakes have been made, and lo! Donna’s back among the living.

Beyond Donna Troy there’s little to connect the material awkwardly packaged here. Three chapters of ‘Graduation Day’ teaming the Teen Titans with their junior counterparts in Young Justice are standard superhero comics with little imagination, while ‘The Return of Donna Troy’ has some care invested.

The book opens with Donna, then calling herself Troia, armed with a sword taking on demons. For this artist Alé Garza dresses her with her breasts hanging out of a bikini, but, hey she should have some protection, because these are demons after all, so over one shoulder there’s a little bit of armour. It’s exploitative, and sets a sleazy tone. Judd Winick’s story is a riff on Terminator, with a cybernetic woman able to fend off the united members of both teams and loosing an even bigger threat resulting in several deaths. When published as comics the outcome was to draw two series to a close, and launch two new series, another iteration of Teen Titans, and a revived Outsiders, written by Winick.

He left the door ajar for Donna’s revival, and Phil Jiminez kicks it wide open. His plot features the Titans of classical myth (or their comic equivalents), who’re really exceptionally powerful aliens with control issues. Donna has previously been revealed as having connections with them, and such is their power that human concepts of what constitutes death is an irrelevance to them, although that’s fudged for convenience.

‘The Return of Donna Troy’ is a dense story that benefits from being collected rather than absorbed in monthly instalments. Jiminez toys with inducing reader outrage, at least from those who like Donna, before pulling everything together in the last chapter. Along the way a character that had perhaps fallen into complacency was redefined as a powerhouse and with a destiny. It’s not perfect, being padded to fit four chapters, but is way better than ‘Graduation Day’.

Garza’s art for that opening story was standard 21st century cartoon distortion with little understanding of visual emotion or subtlety. It’s put to shame when contrasted with the exemplary draughtsmanship of José Luis García-López. There’s the occasional cluttered page, but his is a traditional illustrative technique, providing environment and imagination, elegance and grace, and combining wonder with solid foundations. George Pérez, a man who loves his detail and with vast experience of the characters, proves a sympathetic inker.

Published in 2006, Donna Troy’s return was yet another harbinger of that year’s Infinite Crisis crossover, and the final page acts as a teaser, leading into Outsiders: Crisis Intervention. Don’t concern yourself with that, and enjoy the story for what it is, well-crafted fantasy with strong emotional undertones. 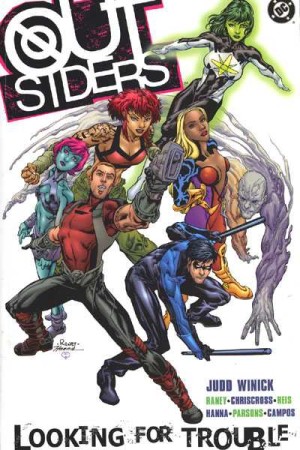