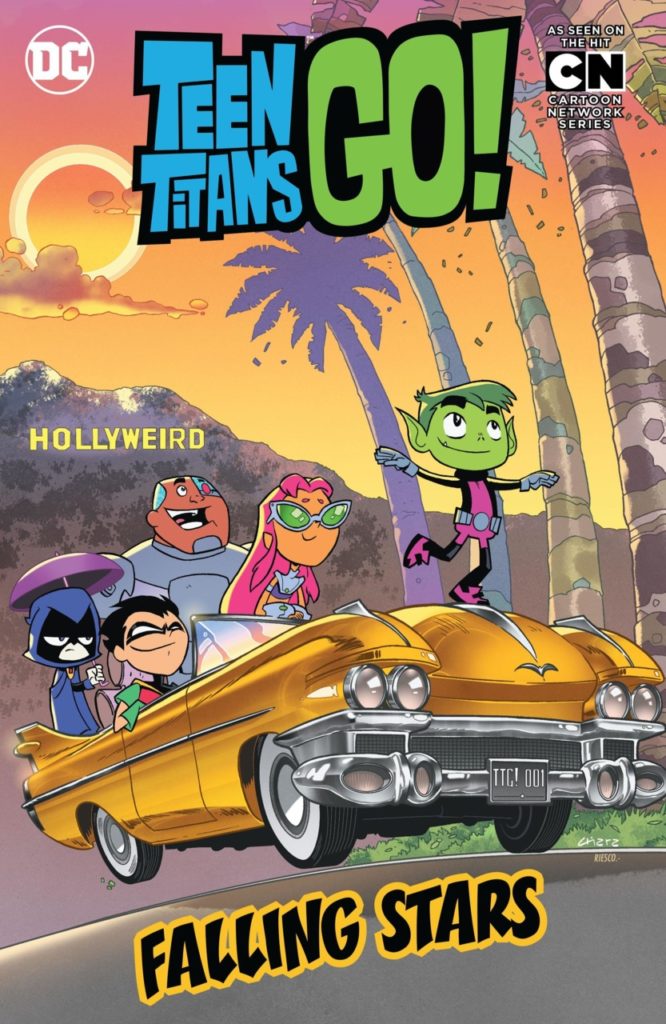 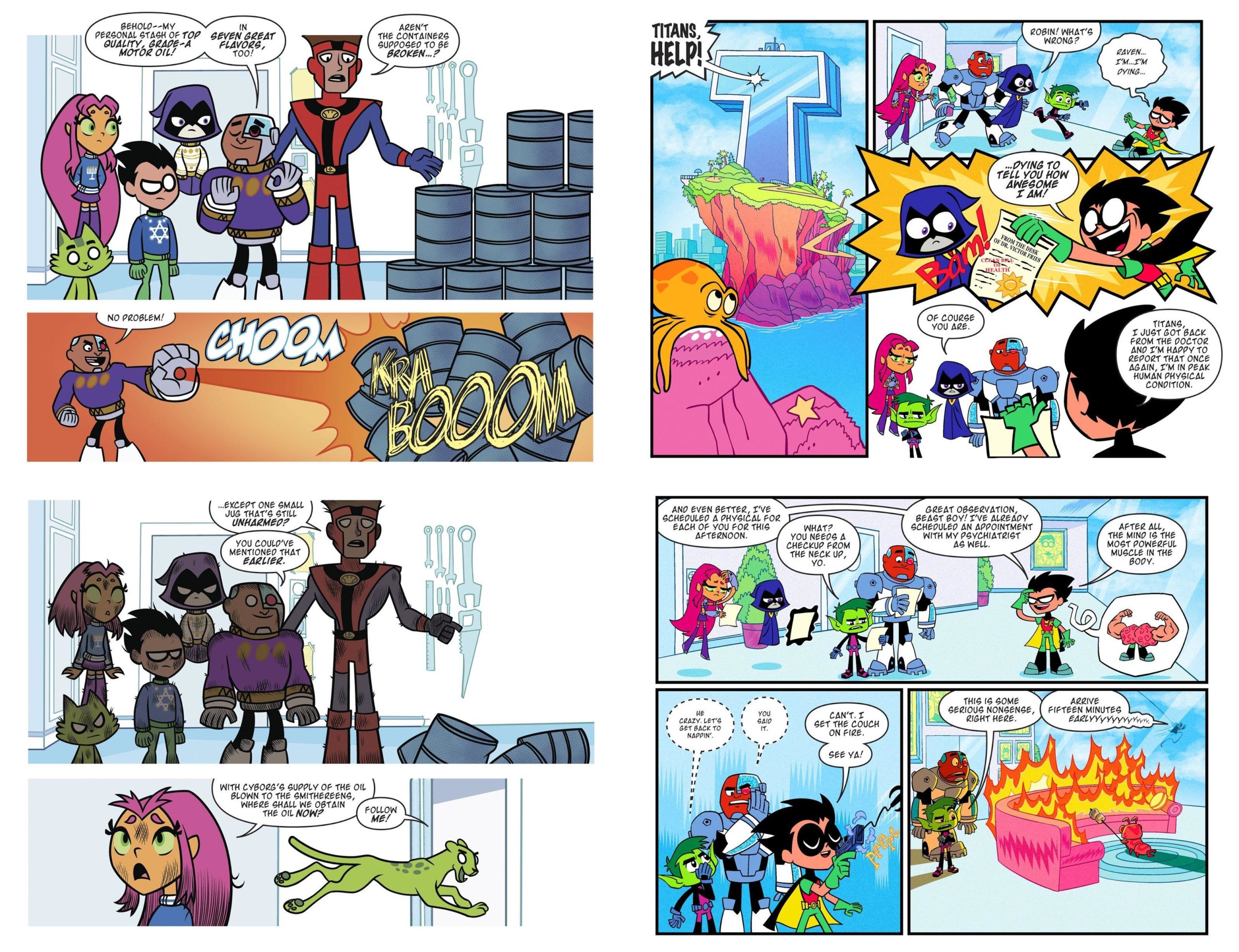 Teen Titans Go’s primary writer Sholly Fisch was in short supply in Smells Like Teen Titans Spirit, but he’s back to writing the bulk of these stories, and the investigation of whether Batman might actually be Santa Claus is a real gem from start to finish. The way Fisch lays them out, the clues are so obvious, so why is it that no-one’s made the connection before now? He also takes the Titans back to the 1950s, toys with the idea of each taking a sidekick role, and shows what happens when the Titans finally get their own movie, following up with a documentary in which they’re seen as Hollywood has-beens. The idea of re-running classic movie dialogue as if written by Starfire is hilarious.

Unusually for a Teen Titans Go! collection there’s a broader acknowledgement of the wider DC universe, not just the likes of Batman and Superman, who we’ve seen before, but some relative obscurities. Who’d have thought the Spectre or Ambush Bug would ever be putting in an appearance here? There’s little explanation, though, just an assumption people will know and appreciate these cameos or take them for the brief interludes they are.

The sample art is from Lea Hernandez and Erich Owen, their approaches differing, with Hernandez not quite as wild as the other cartoonists, but with a style fully appropriate for the circumstances of Colossal Boy visiting. Sandy Jarrell is the only new artist in Falling Stars, bringing plenty of experience from other DC cartoon titles, but several new writers are tried out. J. Torres is actually an old hand, having contributed to the first Teen Titans Go! Series, and his script about riddles confounding Raven is a highlight. Amanda Deibert’s trawl through burrito ingredients is a little slower, and while Matthew K. Manning’s plot about the Titans having check-ups starts well, it ends with too much repetition. Likewise, both Ivan Cohen plots slightly lose their way. Still, the laugh rate remains high overall, meaning Falling Stars is another hit, and the series continues with Weirder Things. Or you may want to investigate Teen Titans Go to Camp, a standalone graphic novel by Fisch.