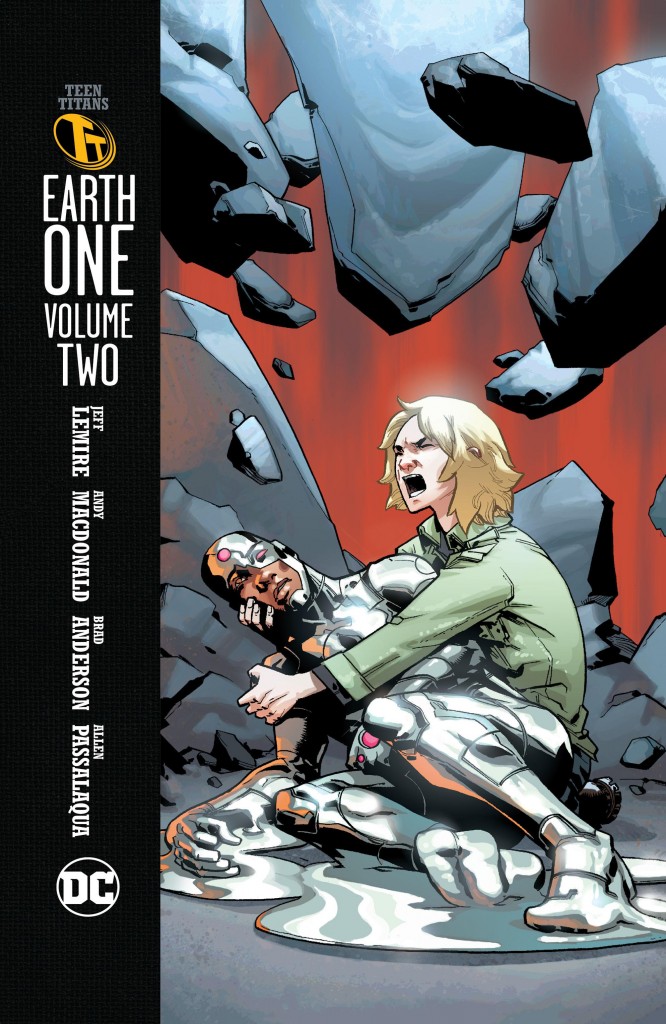 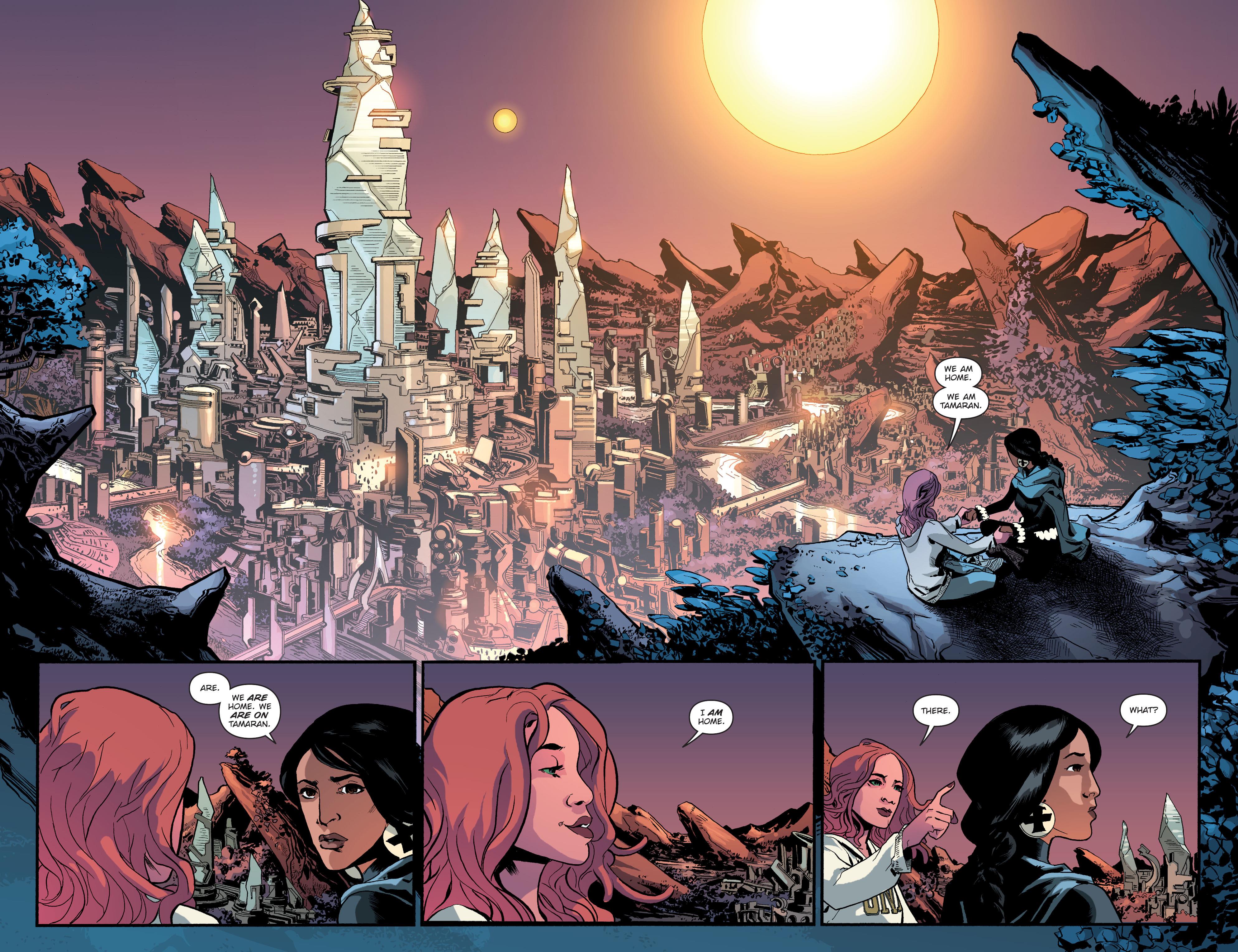 The opening volume of Teen Titans: Earth One was a disappointment. It reworked the Teen Titans into alternate versions as per template, but beyond that originality was lacking. The best aspect was the art of Terry Dodson, and he’s jumped ship, replaced by Andy MacDonald for this continuation. He’s the ying to Dodson’s yang, supplying a darker world for teens now aware of their background. Whereas Dodson’s strength is people, McDonald enjoys the technology far more, and that’s the best aspect of his art.

Due to the circumstances of that opening graphic novel, these Teen Titans are united, but living a furtive, hand to mouth existence away from their homes. Their transformations mean only one of them can be seen in public, and their previous saviours appear to have deserted them.

Analogues for most of the other 1980s Teen Titans are introduced as Jeff Lemire continues his dark reworking of events stemming from Starfire’s arrival on Earth, and he also introduces an alternative to the one notable member of the Doom Patrol who didn’t make the first volume. This, however, merely opens up another unwelcome plot. Lemire moves into conspiracy theory with the idea that the US government is waging covert war on its own population.

Like all too much of Lemire’s other DC superhero writing, Teen Titans: Earth One is a work without passion. It pays well, he can cobble together the basics of a superhero story, but there’s never any point at which there’s a feeling of connection to the project. Compared with the emotional intensity of Lemire’s non-superhero work it comes across as going through the motions. Maybe anyone picking this up as their first experience of superhero graphic novels will find the twists genuinely surprising, but the target audience is long-time Teen Titans fans, and they’ll have seen it all before.