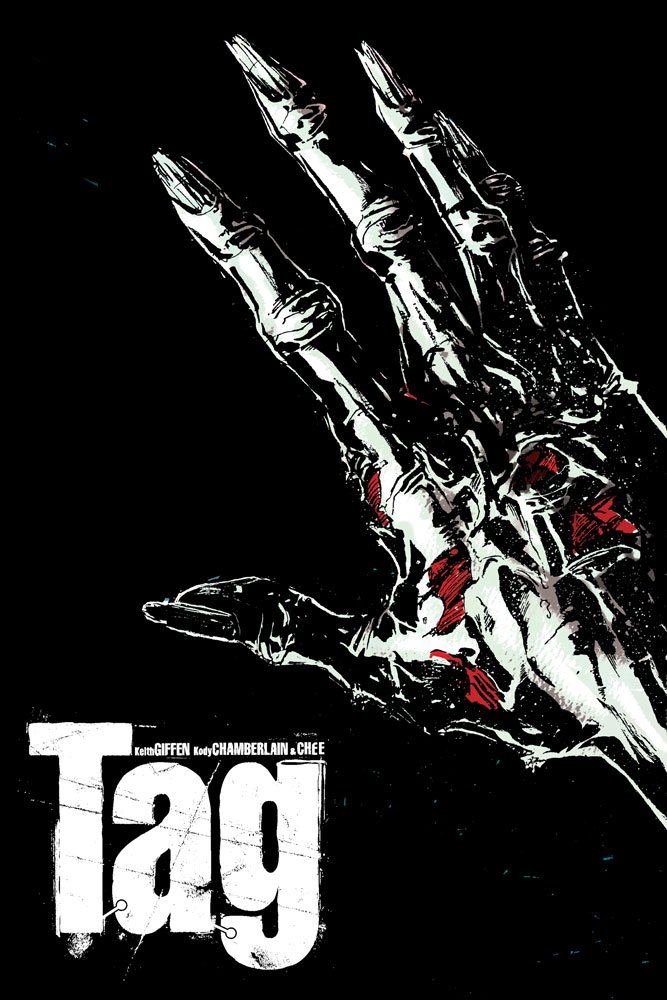 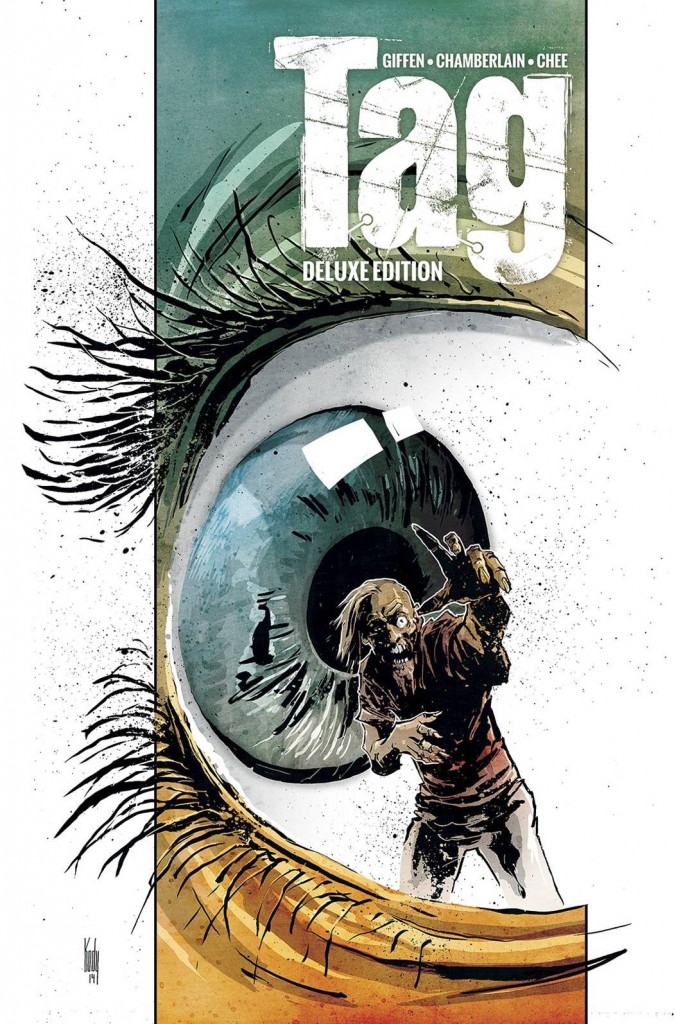 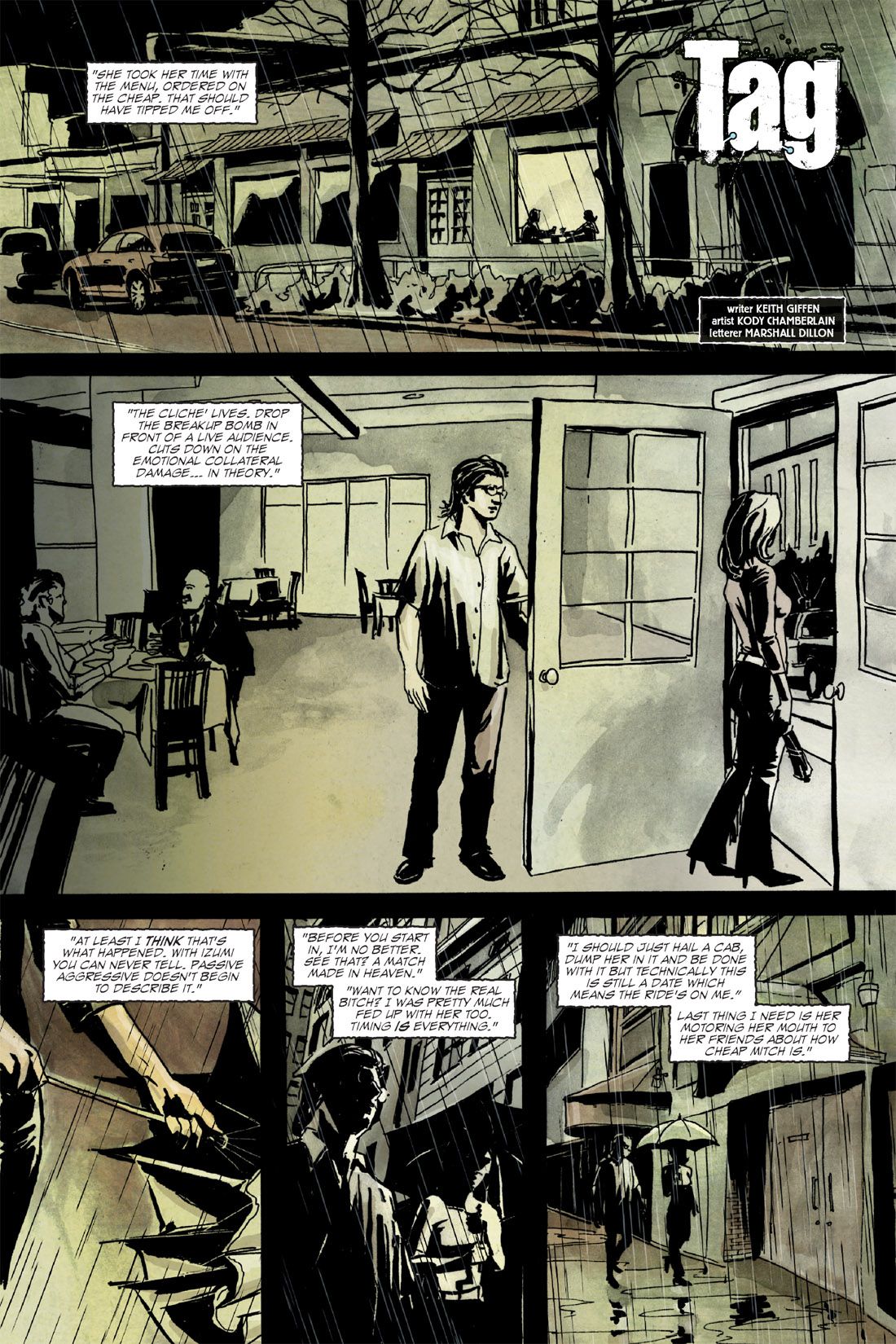 What with zombies having been so prevalent in 21st century comics it takes a unique and twisted mind to present something different. Over his decades producing incredible stories, Keith Giffen has certainly proved he has that mind, and Tag is something different.

Izumi is in the process of dumping her boyfriend Mitch when a creature comes shambling out of the darkness and touches him. Mitch falls over, and from that point his life is irrevocably changed. He doesn’t like what he’s become, and it seems there’s only one way out. Can he find it?

‘Tag’ is a grim story in which no-one comes up smelling of roses, and Giffen’s script intrigues from the start. He plays a clever game by realising audience presumptions will be a step ahead of Mitch, and once Mitch has caught up Giffen releases his plot bombs slowly. He also departs from the norm by ensuring Mitch isn’t very likeable, so there’s a certain ambivalence about whether or not he avoids his fate, and the audience sympathy is entirely with the pleasant and attractive Izumi, who wanted rid of him, yet is now stuck with him more than ever.

There’s a fair variance in the art, which does such a slim graphic novel no favours. Kody Chamberlain takes us to the halfway point with a gloomy, scratchy style and a preference for views showing three-quarter figures. Chee illustrates from midway and he favours close-ups, while his Mitch could be a different person entirely. It’s as if he hadn’t seen the previous artwork at all. Chamberlain (sample page) is the better of the two.

If you pick up the deluxe hardcover in preference to the slim paperback, then also included is a trio of short and unconnected zombie tales starting with the aptly titled ‘Dead Meat’. These are also written by Giffen with art by Ron Lim, who for some reason decides to completely change his style for the concluding episode. The brightness of the colours completely contrasts the title story, with which it shares the same nihilistic outlook, but none of the imagination. This is just Giffen in ramble mode.