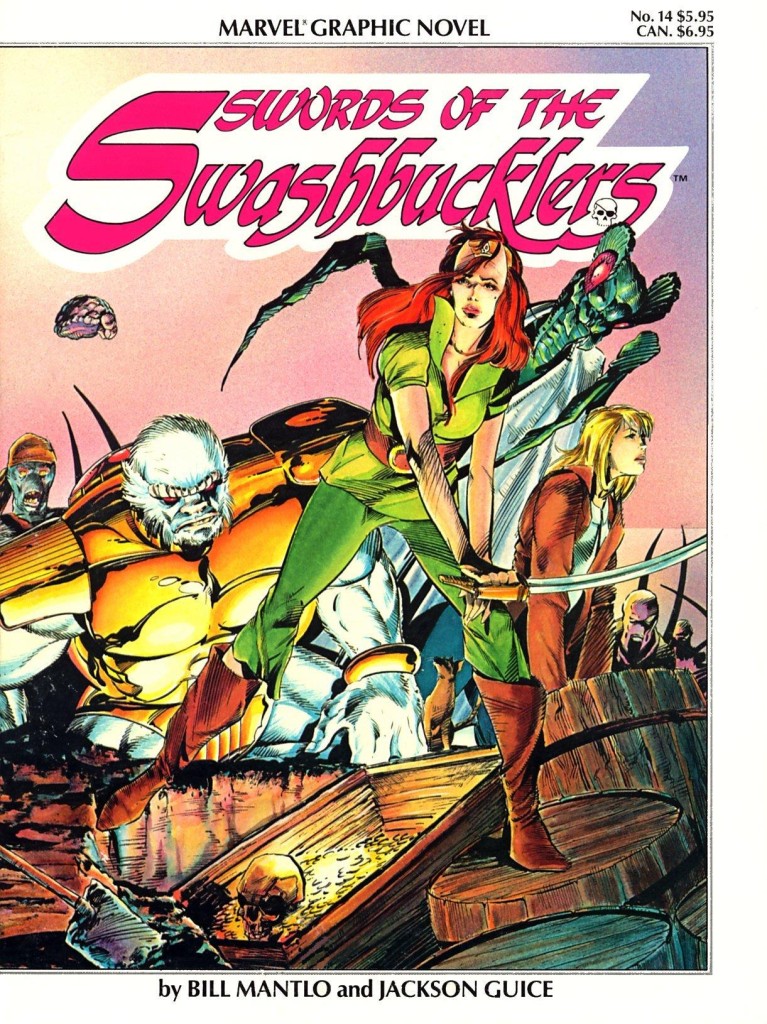 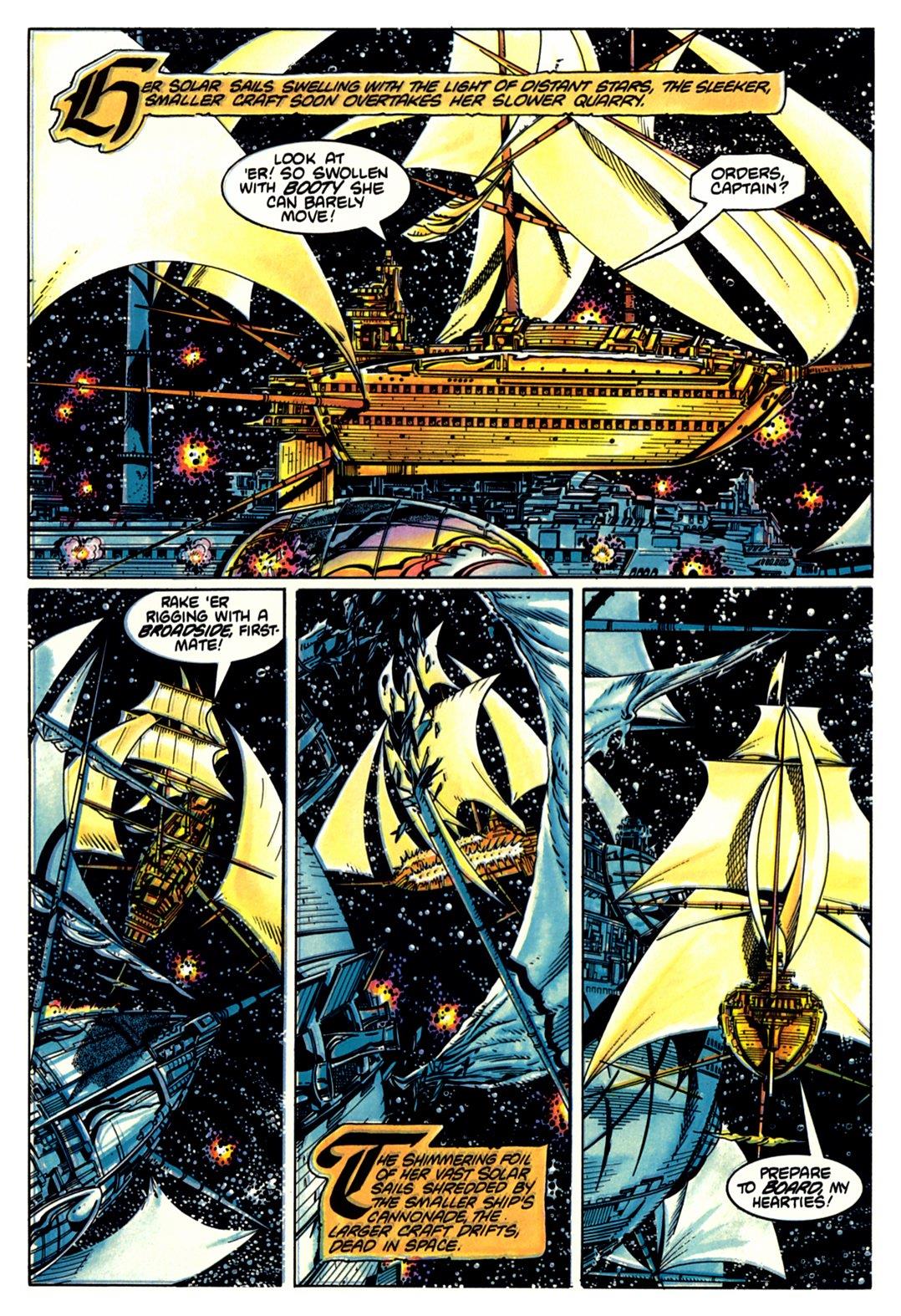 Marvel’s early 1980s experimentation with original European format graphic novels would settle down into complacency and predictability by featuring what were in essence just larger format adventures of Marvel’s ongoing characters. The opening two dozen, however, threw up quite the selection of oddities as creator-owned projects were the order of the day.

Given the opportunity, Bill Mantlo cooked up a project combining the adventure films shown on TV during his childhood with a Star Wars influenced science-fiction twist, starting with an exploration of the Blackthorne women living on the Carolina coast. They can trace their ancestry back to the buccaneers of the 17th century, and all have an affinity for the sea, a condition that’s been inherited by the latest female in the line, Domino. The adventures of space pirate Queen Raader as she plunders her way across the universe at first appear to have little connection,

While Mantlo’s influences are obvious (and acknowledged in the back of the book), he brings enough of his own ideas to the table to ensure this isn’t entirely derivative, with one good concept being a form of small but deadly flying crustacean. On the other hand, the fun elements are rapidly mired in mediocrity. The way matters play out reinforces the obvious and while Captain Raader was an early proponent of Speak Like a Pirate Day, her yo ho ho quickly loses charm, along with that of her odd design. Jackson Guice’s brief appears to have been to ensure she’s as human looking as possible while still remaining alien, so the compromise is two pointed flaps of skin extending up from her forehead.

Elsewhere Guice’s art is far more decorative. The idea of a pirate tavern in space may have its antecedents, but Guice brings it to life, and he excels when it comes to the visual spectacle of what’s to all intents and purposes an 18th century sailing vessel taking on a modern spaceship.

By the end of the book some connections have been clarified, new allegiances formed and the stage set. Swords of the Swashbucklers was well enough received to spark a dozen follow-up comics, never available in graphic novel form. That’s probably because anyone wanting space adventure in comics has been spoiled for choice since the mid-1990s, with the Star Wars franchise and its assorted spin-offs maintaining a far higher standard.