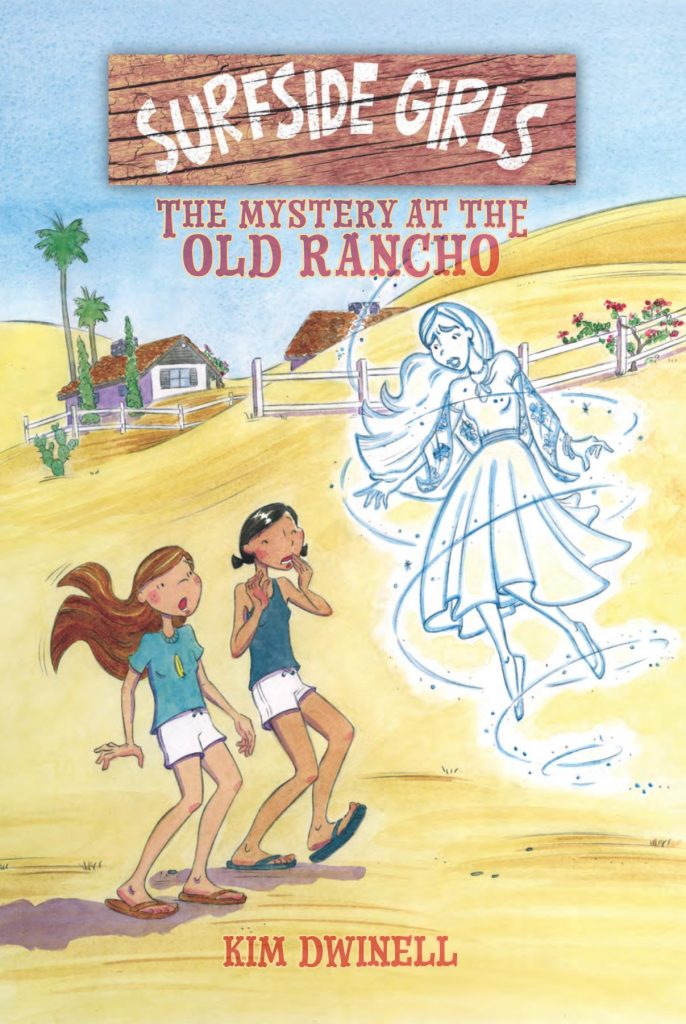 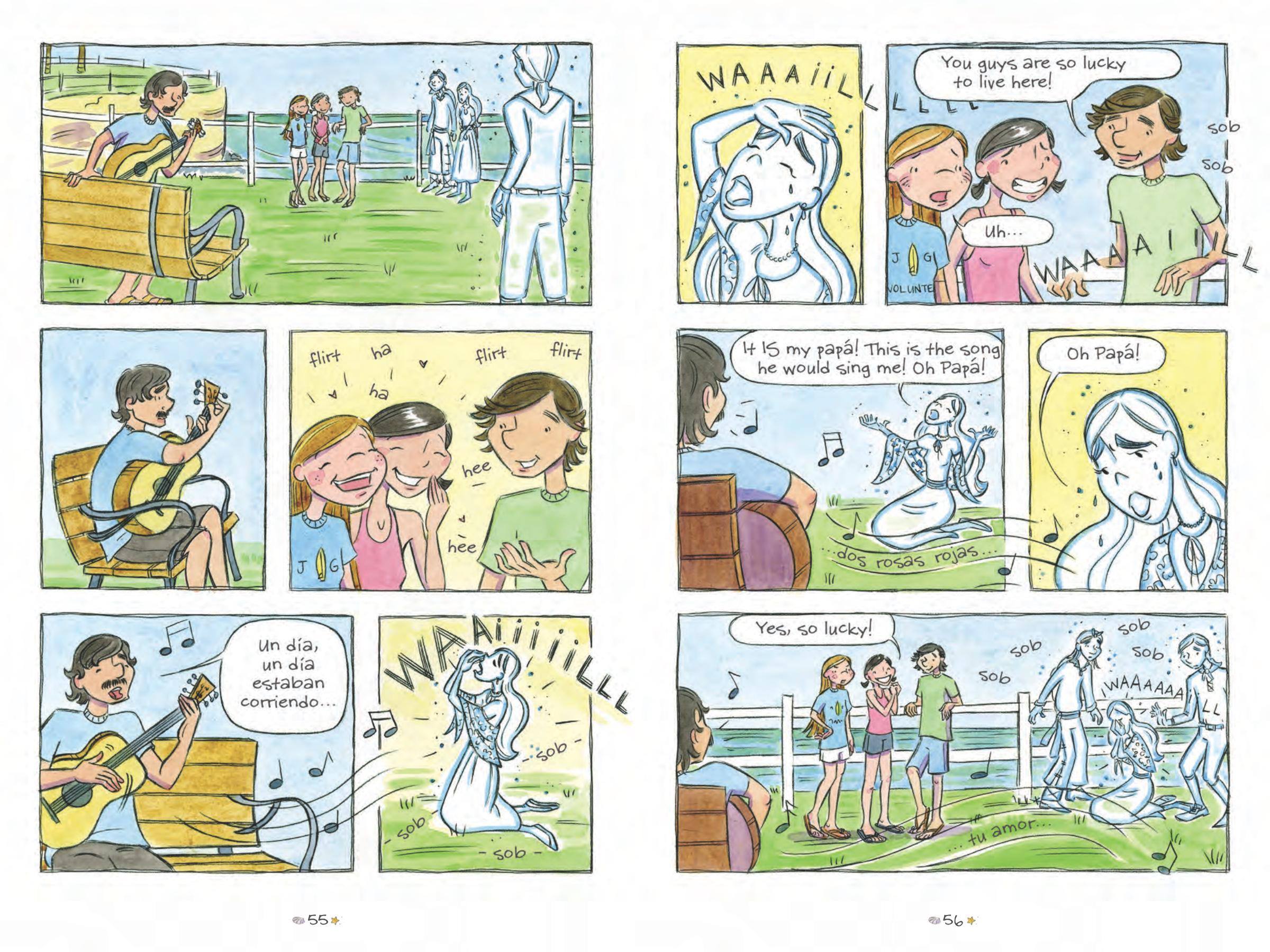 Kim Dwinell’s introduction of the Surfside Girls was a satisfying updating of the teenage investigator, founded on friendship, avoiding the twee and obvious, and including a side dish of the inexplicable beyond the expected mystery. In The Secret of Danger Point Jade and Sam prevented the development of their favourite surfing site, along the way discovering their ability to communicate with the spirits of the dead who hang out there. That’s their secret alone, and we learn from Maria, one of the ghosts, that the entire area was once part of Mexico and her father’s ranch. Inexplicably, though, almost 200 years later, she’s convinced she’s seen her father alive and walking along the beach.

It seems to start with that Dwinell’s made Sam a little too grumpy and jealous at the thought of helping out Maria, but she soon captivates with a succession of hints concerning Maria’s father and clues he may have left behind. Surfside is a town, but one that hosts surfing competitions, so Dwinell is able to account for the presence of strangers, and break up the mystery with alluring surfing scenes. As before, Dwinell keeps the art simple and bright, supplying an unthreatening world of endless summer where the negativity is emotional rather than actual menaces.

Readers are gently led from one clue to the next, and these are cleverly rolled out in a natural fashion, and it’s nice to see Dwinell emphasising research possibilities beyond computers, which aren’t need to solve anything here. As before, the organised Jade’s notebook entries are used as recaps to ensure younger readers can keep up. Maria comes across as rather the drama queen, but the compensation is the lovely touch of a monk helping out when the girls head to another town for further research, and a creative new effect applied when touching a ghost.

For a second time Surfside Girls charms with its good-natured characters and engaging mystery, and the good news is that a third graphic novel is due in 2021.