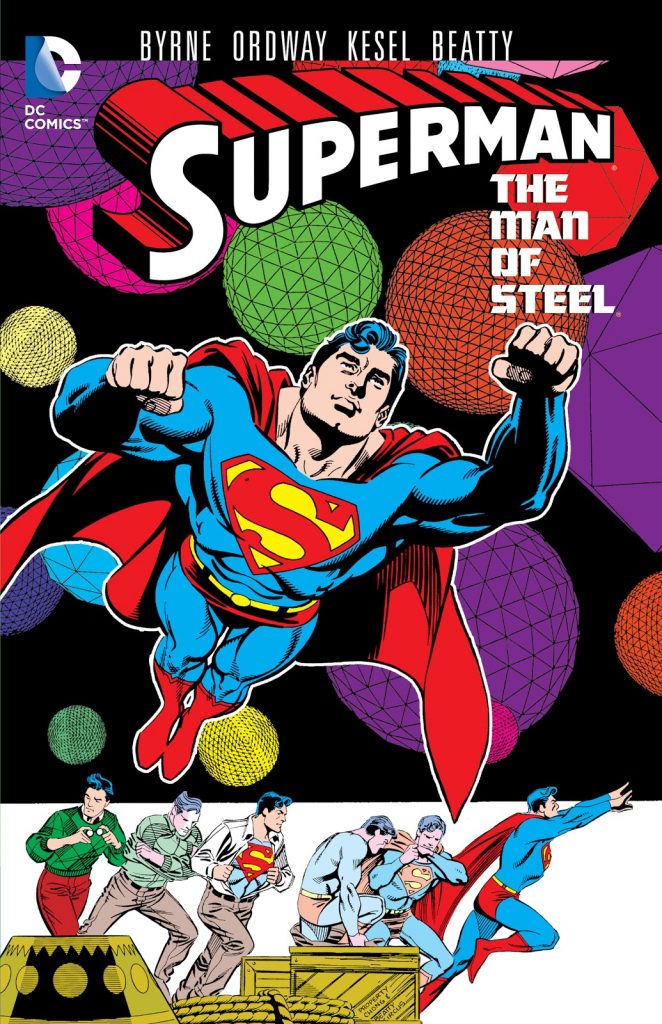 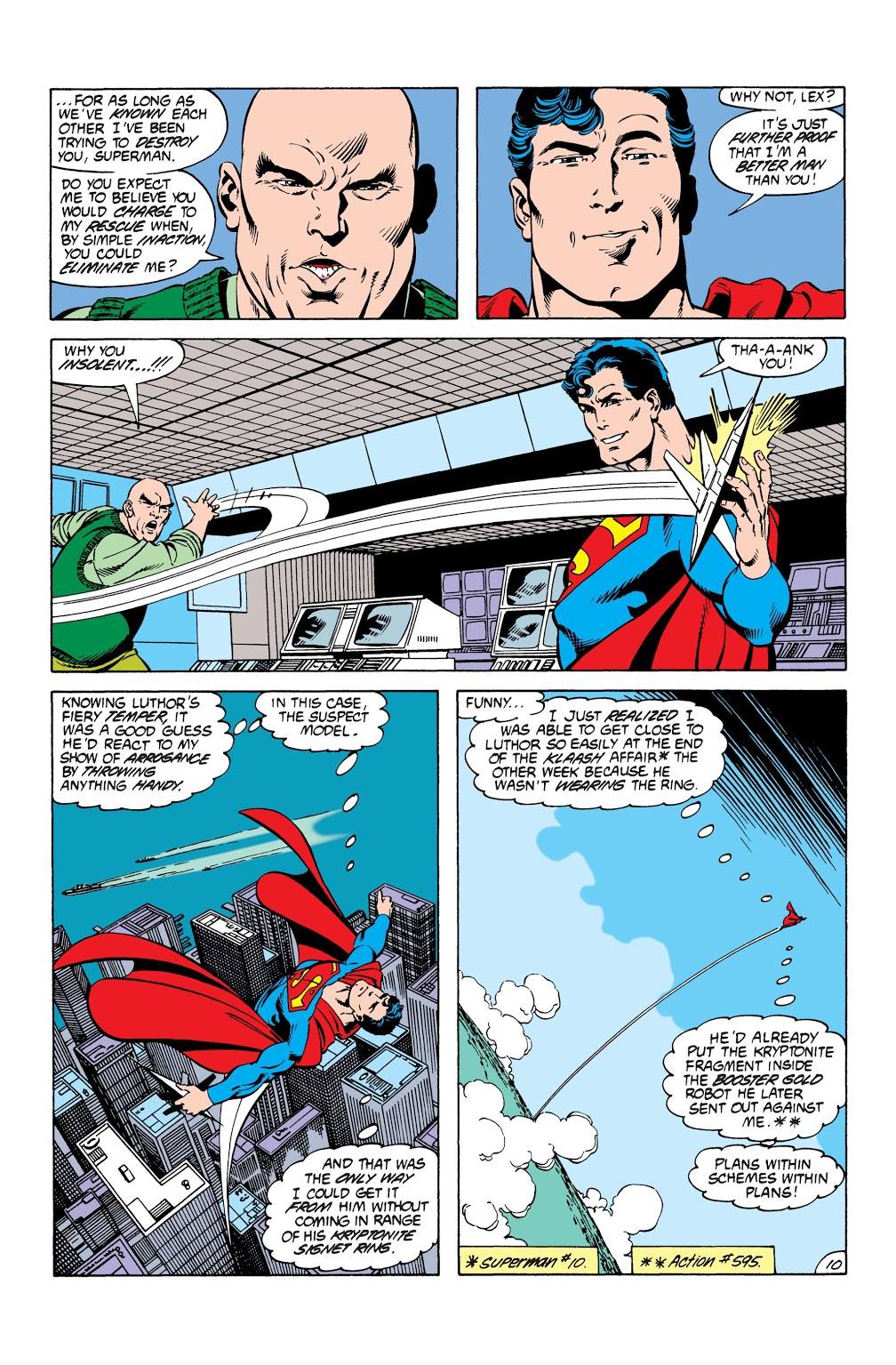 Although largely out of favour these days, the stripped-down, gritty, Superman as re-imagined by John Byrne and marvellously built upon by a stunning succession of gifted comics craftsmen produced some genuine comics classics.

Controversial at the start, Byrne’s reboot of the world’s first superhero was rapidly acknowledged as a solid hit and the collaborative teams who complemented and followed him maintained the high quality, ensuring continued success. Continuing from Volume Six, this selection revisits Superman’s exploits over the first three months of 1988, featuring the Kryptonian corner of DC’s third annual inter-company mega-crossover event, all written by Byrne.

Millennium concerned the results of robotic peacekeepers known as Manhunters rebelling against their creators centuries previously. They infiltrated all aspects of every society throughout the universe, and were determined to thwart the Guardians of the Universe’s plan for peace, whether by seduction, connivance or just plain brute force. Editorially, it was a bold effort intended to touch all corners of their universe, introduce new characters, tie-in many titles and moreover to do so on a weekly, not monthly, schedule.

Superman’s involvement in the crossover craziness begins with Byrne’s ‘Toys in the Attic!’, wherein elderly British craftsman Winslow Percival Schott opens a campaign of murder and wanton destruction targeting Lex Luthor, the Yank who ruined his little company and forced him to become the murderous Toyman. No sooner has the Man of Tomorrow intervened in that fracas than he is drawn back to sleepy hometown Smallville in ‘Junk’ by Byrne, illustrated by Jerry Ordway. There’s a shocking revelation about a trusted confidant being an agent of the Manhunters, and a shocking consequence of Superman winning the day.

In ‘Hell is Where the Heart Is…’ Byrne has Ghostly Guardian the Spectre drawn to the catastrophe and facilitating Superman’s odyssey to the Spiritual Realms. After that Superman becomes more directly involved in hunting down the Manhunters, first with Green Lantern Hal Jordan, then with events taking a far more moody turn in ‘Last Stand!’ ‘Point of View’ simultaneously reveals how Luthor attempts to seduce a hero to his evil side. Lois Lane helplessly watches the brutally crippling struggle of Jose “Gangbuster” Delgado against Lex’s hyper-augmented cyborg warrior Combattor.

The repercussions of that clash are examined in ‘Visitor’ wherein Byrne and stellar newspaper strip artist Leonard Starr impishly reference the 1950s catfights between Lois Lane and Lana Lang, adding a false narrative.

The back-to-basics approach lured many readers to – and crucially back to – the Superman franchise at a time when interest in the character had slumped to perilous levels, but as proved by this selection, the sheer quality of the stories and art convinced them to stay.

Those stories have been more recently issued in hardback combined with Volume Eight as Superman: Man of Steel Book Four.