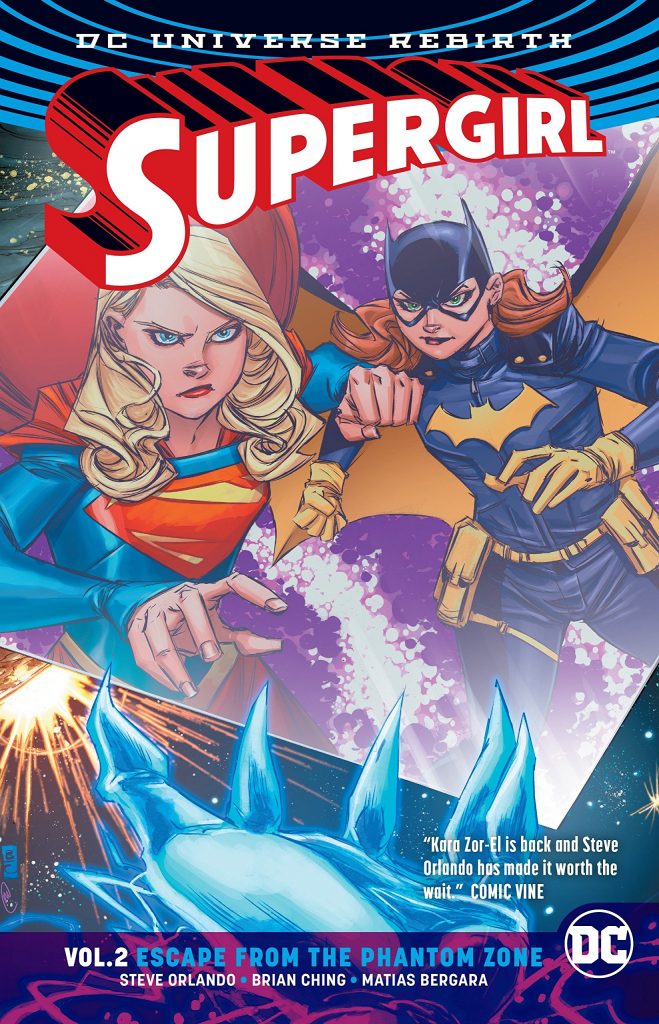 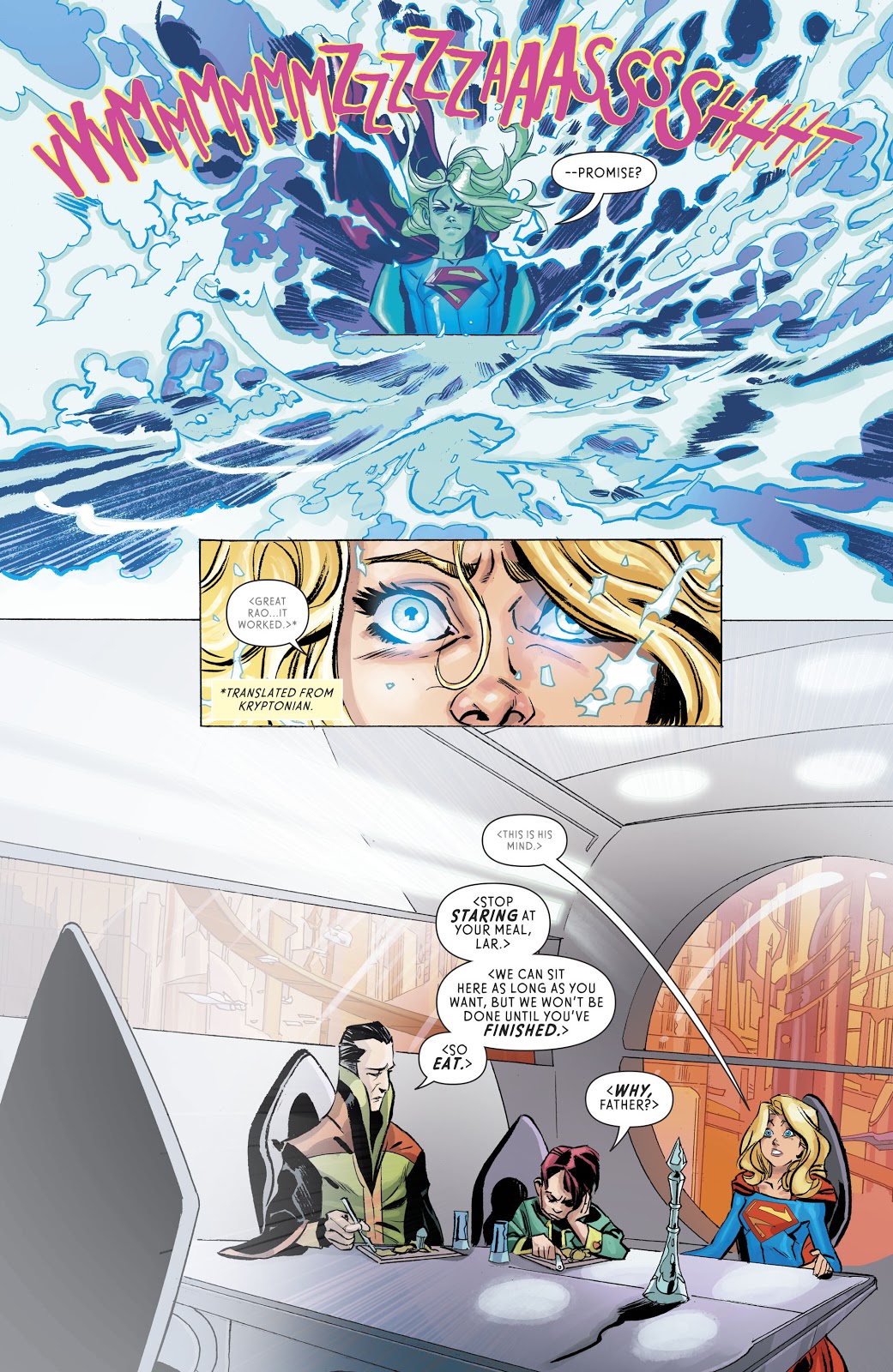 Supergirl’s 2016 series began with her battling a Kryptonian who’d slipped out of the Phantom Zone, traditionally an area used as a form of jail on Krypton where people are reduced to disembodied spirits. They can see and hear humanity, but are otherwise ghosts. Supergirl promised Lar-On she’d help him, but doing so means visiting the Phantom Zone herself.

That’s more of a teaser for the later title story, where the Phantom Zone has been repurposed into just another dimension. Now the inhabitants have a solidity, there are buildings, jails even, but Kryptonians lose all their strength. At the centre of everything is a pompous monologuing villain with henchmen. The original Phantom Zone might have been a hokey idea, and its constraints awkward for Steve Orlando’s story, but instead of taking something original and attempting to work with it, he’s reformatted it to something mundane in order that his story works. It’s not the technique of a writer inspired by his subject. Neither are the gratuitously nasty methods used by his ridiculous villain, who melts down Phantom Zone inhabitants to access their residual solar energy. Nice.

Batgirl is an equal star, but Orlando’s use of her is slapdash and unlikely, the worst example being boasting about having a lock pick her jailers missed when searching her, while simultaneously managing to produce it from her mouth and unlock her chained hands before they can react. It’s not the only example of slapdash writing. A couple of pages later Supergirl refers to herself as Kara, her civilian name, in front of someone who shouldn’t really know that. Still, it seems he wasn’t listening, so that’s okay. Then there’s the use of a relatively benign person becoming enraged and dangerous via a power overdose. Orlando used that in Reign of the Cyborg Supermen. In the final chapter, while Supergirl is pivotal, the majority of the pages feature Batgirl and supporting character Ben Rubel instead, which is unsatisfactory.

As far as the art is concerned, it again has to be asked if Brian Ching’s loose, manga-inspired art is ideally suited to the embodiment of tomorrow. Matias Bergara adopts a similar, although slightly tighter, style for the opening chapters, but the best art here is that of Inaki Miranda. It’s clear and imaginative, with inventive poses and complete backgrounds, which contribute to making the first meeting of Supergirl with Batgirl the best story in this collection. That it’s written by Hope Larson rather than Orlando is no coincidence.

Orlando’s at his best with a cliffhanger to drag us into Girl of No Tomorrow.