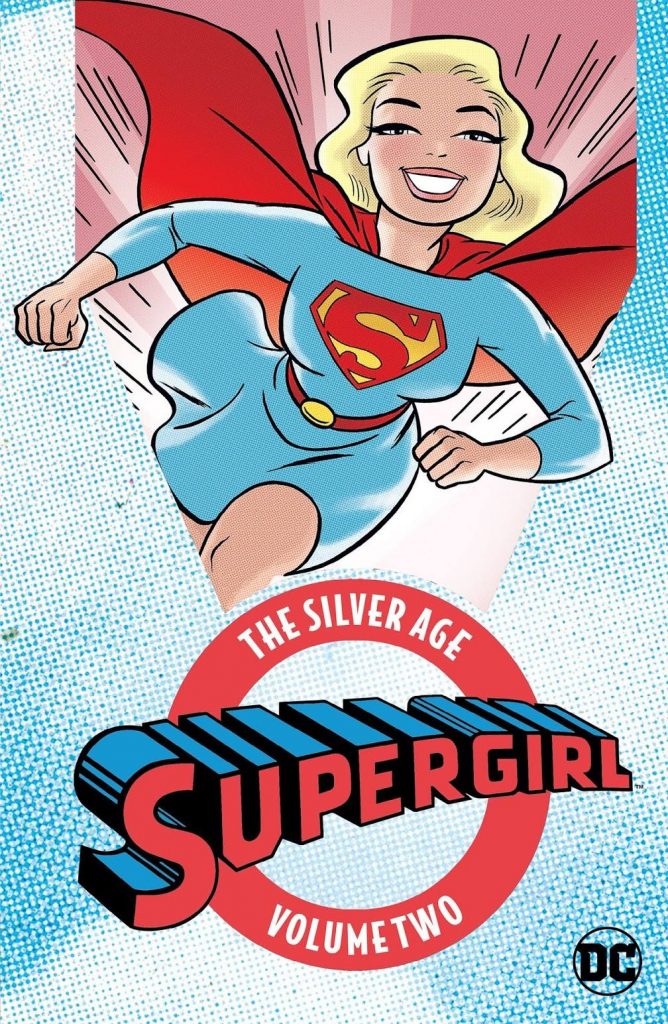 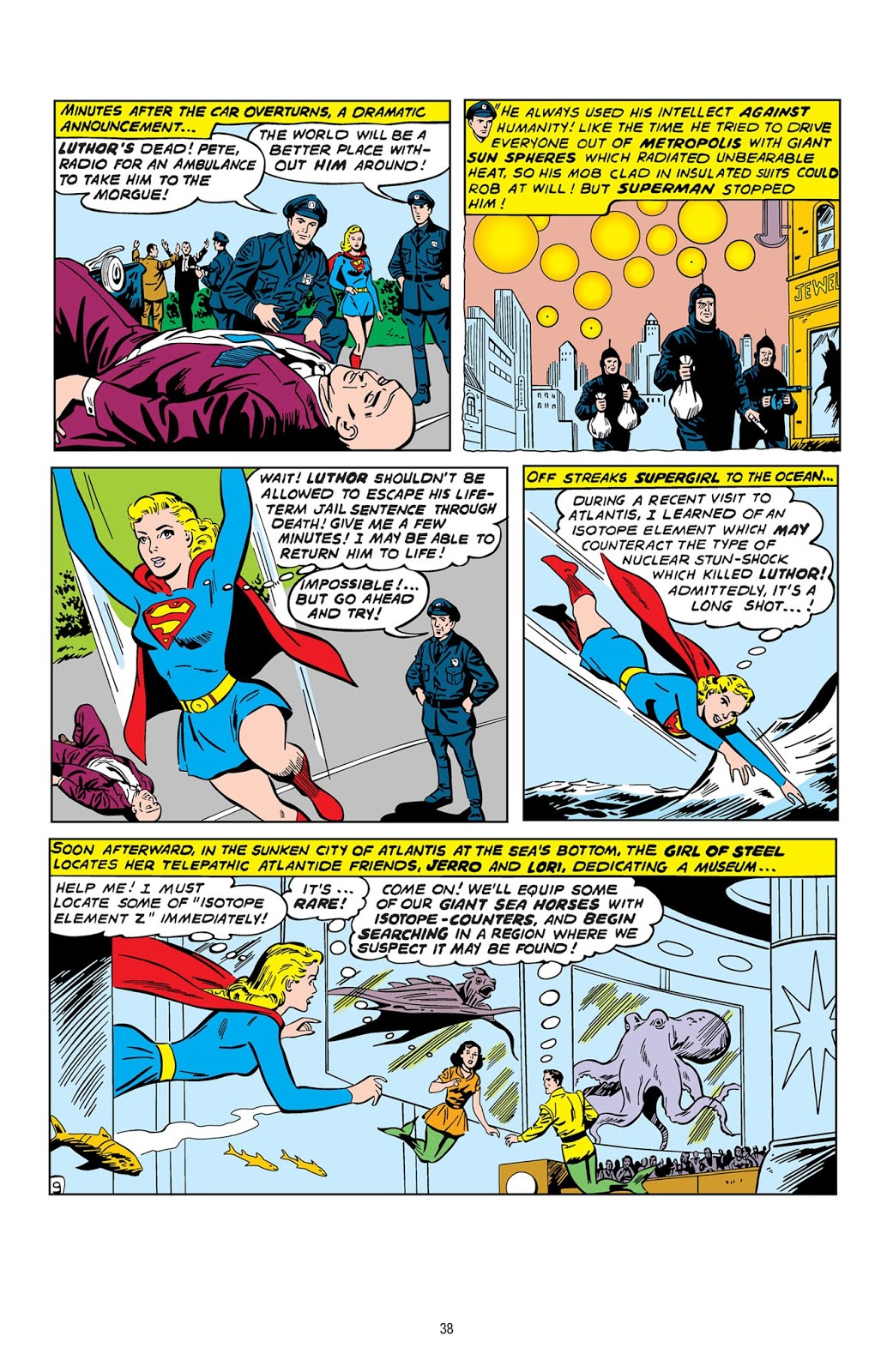 After decades as the distaff cousin of a Truly Big Gun, Supergirl is now a certified multimedia solo star of screen and page. Such was not always the case, as this engaging compendium joyously attests. Continuing from The Silver Age Volume One, the gathered tales span February 1962 to December 1963, tracing the early career of Superman’s cousin Kara Zor-El of Argo City as she moves from hidden secret to star turn, and minor player to public celebrity. From the back of the book to the front of the house is always a reason to celebrate, right?

Supergirl’s very existence is kept secret from the general public whilst she lives with adoptive parents Fred and Edna Danvers, who are completely unaware that the orphan they recently adopted is a Kryptonian super-being. That is all about to change as the Maid of Might finally graduates from superhero training.

The accent on these stories generally revolves around problem-solving, identity-preserving and loneliness, with both good taste and the Comics Code ensuring that readers weren’t traumatised by unsavoury or excessively violent tales. Such plots were akin to situation comedies, and might occasion a shudder now and then from modern readers, but compared to the times they were, and remain light years ahead of the curve.

A big change arrives when her parents learn of their new daughter’s true origins. Superman allows his cousin to announce her existence to the world in ‘The World’s Greatest Heroine!’ and Jerry Siegel and regular artist Jim Mooney detail how Supergirl becomes the darling of the universe: openly saving planet Earth and finally getting all the credit for it. Soon afterwards she’s pitted against her cousin’s greatest foe in ‘The Death of Luthor!’, whilst ‘Supergirl’s Greatest Challenge!’ sees her visiting the Legion of Super-Heroes. Quibblers be warned: initially their far-future era was the 21st century. It was quietly retrofitted to a thousand years from “now” after the tales in this volume.

‘Supergirl’s Super Boy-Friends!’ finds both human Dick Malverne and Atlantean mer-boy Jerro catch super-powers after kissing her, whilst she doesn’t actually become ‘The Bride of Mr. Mxyzptlk!’ when the fifth-dimensional prankster transfers his unwanted attentions to her.

An extended storyline by Leo Dorfman begins when the typical (albeit invulnerable) teen gets a new “pet”. ‘The Super-Steed of Steel!’ is a beautiful white horse who helps her stave off an alien invasion, but the creature has a bizarre and mysterious past, revealed in ‘The Secret Origin of Supergirl’s Super-Horse!’, before a resolution of sorts is reached in ‘The Mutiny of Super-Horse’.

An extraordinarily tense and epic continued storyline features Phantom Zone villains, Luthor, Supergirl’s arch enemy Lesla Lar, the destruction of Atlantis and genuine thrills and excitement. Earth is threatened by ‘The Forbidden Weapons of Krypton!’ and it takes ‘The Super-Powers of Lex Luthor!’ to finally save the day.

These stories are possibly the last time a female super-character’s sexual allure and sales potential wasn’t freely and gratuitously exploited. They’re a window to a far less crass time and display a strong female character that parents can still happily share with their youngest children.

There are alternative versions. If your budget extends to it, they’re combined with Volume One in oversized hardcover as Supergirl: The Silver Age Omnibus, or in black and white as Showcase Presents Supergirl.