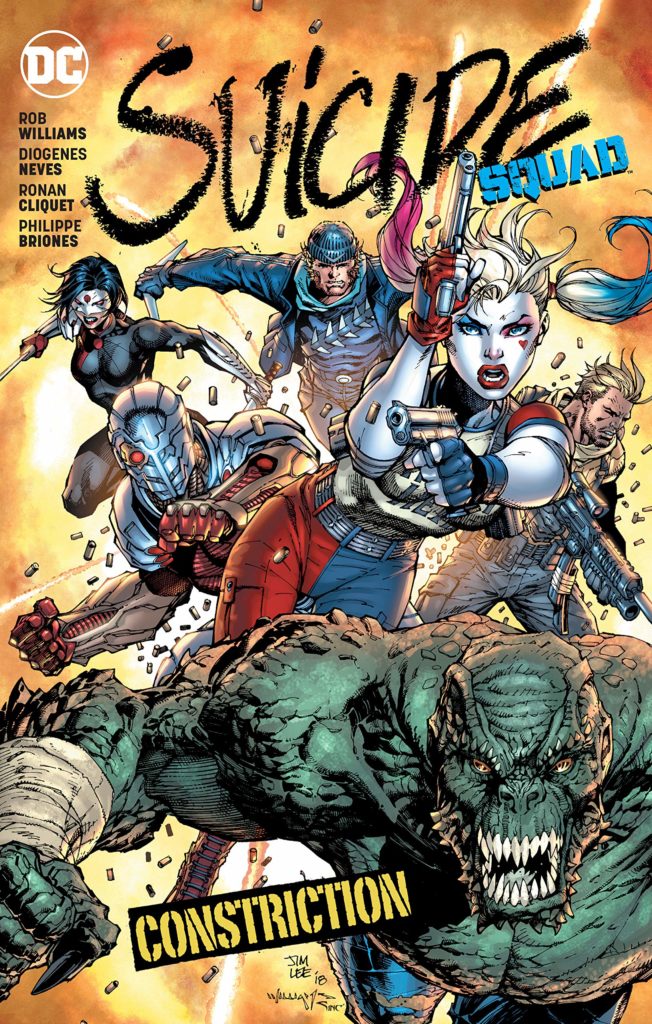 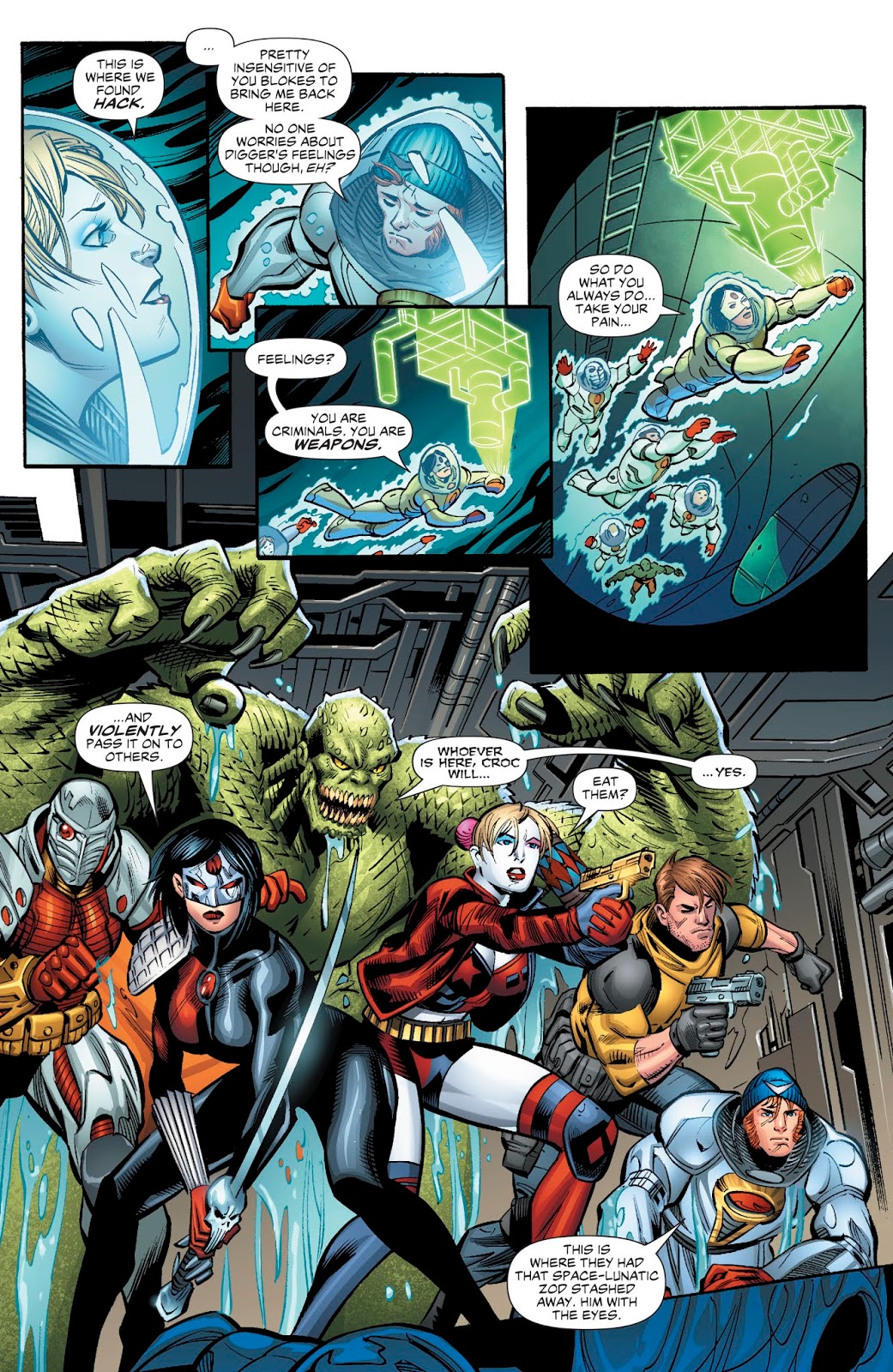 Batman has long despised the Suicide Squad and their methods, and his dislike for Deadshot is the same he maintains for any killer, but when Deadshot’s teenage daughter is abducted by the Kobra cult there is some sympathy. They see resurrecting the spirit of the original Kobra in her body as fitting revenge for Deadshot killing their leader. He’s stuck in Belle Reve prison, and Amanda Waller isn’t about to let him out to help his daughter. Then Batman comes calling, which is the basis of the title strip. There’s a Captain Boomerang interlude in which Rob Williams exhausts every Australian reference and cliché he can conceive before the big wrap-up turning Suicide Squad members against each other.

By this final collection of his Suicide Squad work, it’s beginning to read as if Williams is tired of the assignment. He’s professional enough to hit the right action beats, but scratch only a little beneath the surface and several plot elements aren’t very logical, beginning with Batman needing Deadshot to rescue his daughter. A new member for the team is introduced during ‘Constriction’, then not seen again, and while there’s a validity to Williams revisiting ideas from his earliest Suicide Squad work, it’s a plot stretched too far. The idea of giant, corrupted, rampaging Waller might be a metaphor for something, but it’s sure as hell not a great story concept. As she was on the previous Drain the Swamp and The Secret History of Task Force X before that, Harley may be very prominent on the cover, but it’s only in the last couple of episodes here that she comes into her own.

Enough artists are employed for Constriction to serve as a suicide squad themselves, DC’s complacent confidence that Suicide Squad readers will put up with any old rubbish continuing. Why would Williams be motivated when the characters are going to look different in every script he provides, or sometimes different from page to page? The sample art is from Diognes Neves purely on the basis of his being the only artist to draw two chapters, although in a very basic and rushed way. Not much else of the art is anything anyone would want to stick on Pinterest, though.

By virtue of most content being so ordinary, the best of Constriction is actually written by Cullen Bunn, although it’s not exceptional. What it does is restore the tension Suicide Squad once had. Although Williams gives the cast gruesome injuries, they’re all too popular to kill, and by Bunn using the reserve criminals there’s a feeling that some might not make it when they run up against Swamp Thing and some vengeful ghosts. Yes, death in comics is generally cheap shock, but what’s the point of the Suicide Squad name without it? Bunn’s adventure is ordinary in places, but has a nice ending, and Ronan Cliquet’s art is among the best on offer, character-based and attractive.

This is a sad end to a series that had a shaky start, but developed into a decent read. The next Suicide Squad reboot is handled by Tom Taylor. 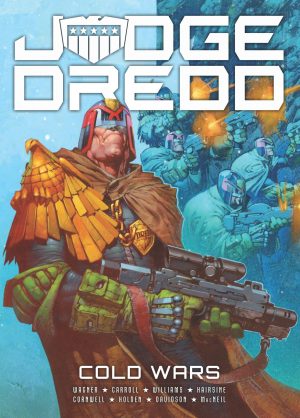 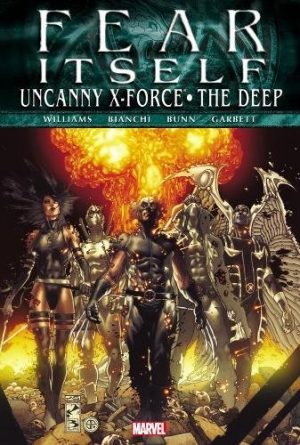