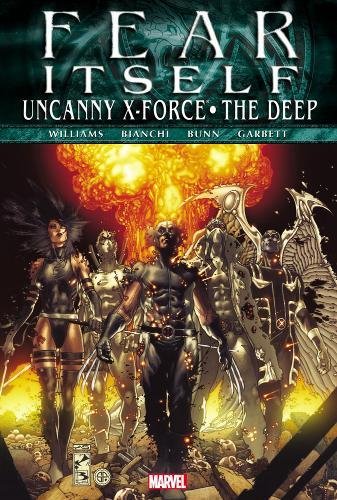 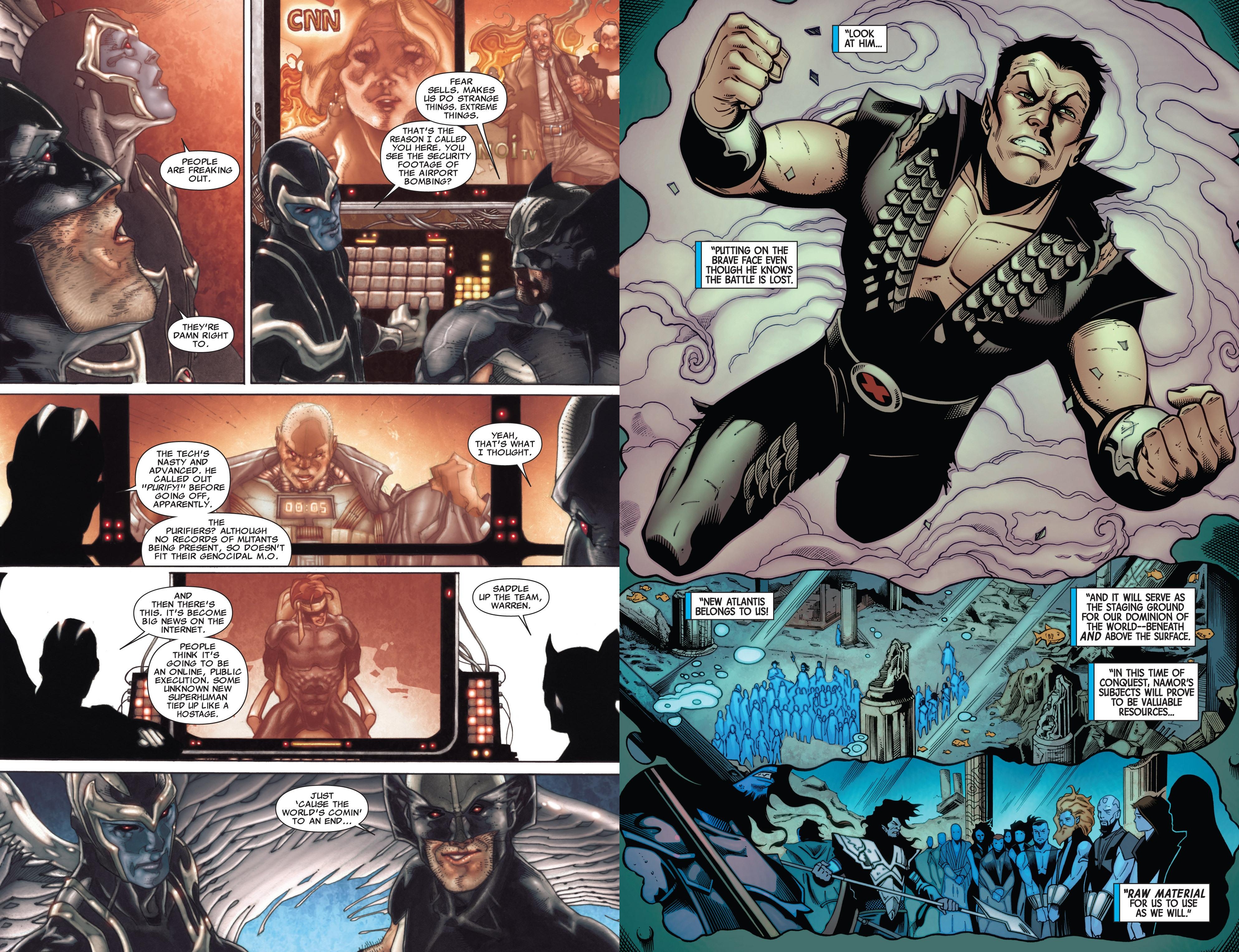 Marvel’s 2011 Fear Itself crossover event saw several Marvel powerhouses supplied with hammers that increased their power to god-like levels. Woe betide anyone that gets in their way. The subsequent graphic novel collections of tie-in series were rather a random exercise, pairing any two features irrespective of how well they meshed.

This iteration of X-Force is Archangel, Deadpool, Fantomex, Psylocke, and Wolverine, and their purpose at the time was to carry out dirty work the standard teams of X-Men couldn’t handle. This largely involved them killing people, so not very pleasant. The plot ties into Fear Itself, but only as far as it amplifies the opinions of bigoted mutant hate group the Purifiers. With chaos unleashed on the world, their leader believes the Purifiers have failed and it’s now their duty to kill as many people as possible to save them from what’s coming. The logic of this makes more sense given the story personalities, than it might do reading it cold. Rob Williams writes the team as appearing indifferent to much of the horror occurring around them, while still wanting to put an end to it. It’s cynical widescreen ultra-violence, and as such good practice for his later Suicide Squad work.

Simone Bianchi is technically an excellent artist, but one who doesn’t always produce the most interesting looking pages, but he’s not helped by the colouring of Simone Peruzzi, who favours black, white, grey and silver, with the occasional splash of muted red, giving much of the story a very washed out look. Bianchi also draws one odd looking Wolverine, at times seeming to want to morph him into Batman.

‘The Deep’ is so titled because most of it occurs undersea where the Sub-Mariner’s old enemy Attuma has come into possession of a mystical hammer and immediately reactivated his perpetual plan of conquering Atlantis. With his new power it’s a foregone conclusion, and Sub-Mariner calls on some old allies to reverse the situation, and from there it’s one long battle as they attempt to overcome everything thrown at them with the intention of reclaiming Atlantis. Cullen Bunn’s plot is little more than page filling, as this iteration of the Defenders faces one set of monsters after another, then Attuma’s henchmen, all old foes of the Sub-Mariner. Lee Garbett (sample art right) is professional throughout, but his work has looked better elsewhere. In case you’re interested, Attuma also meets Speedball in Fear Itself: The Home Front.

So, some finesse to the X-Force outing, but not quite enough to suggest buying the complete combined package.