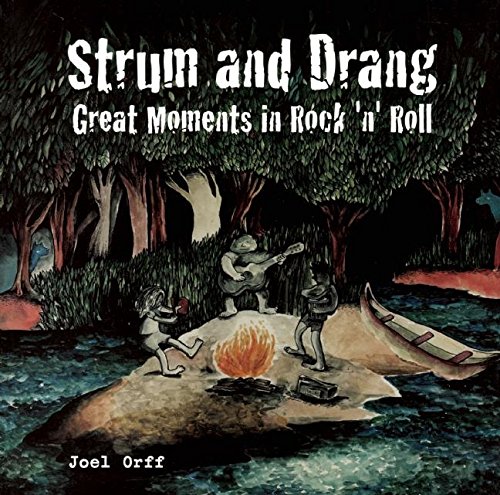 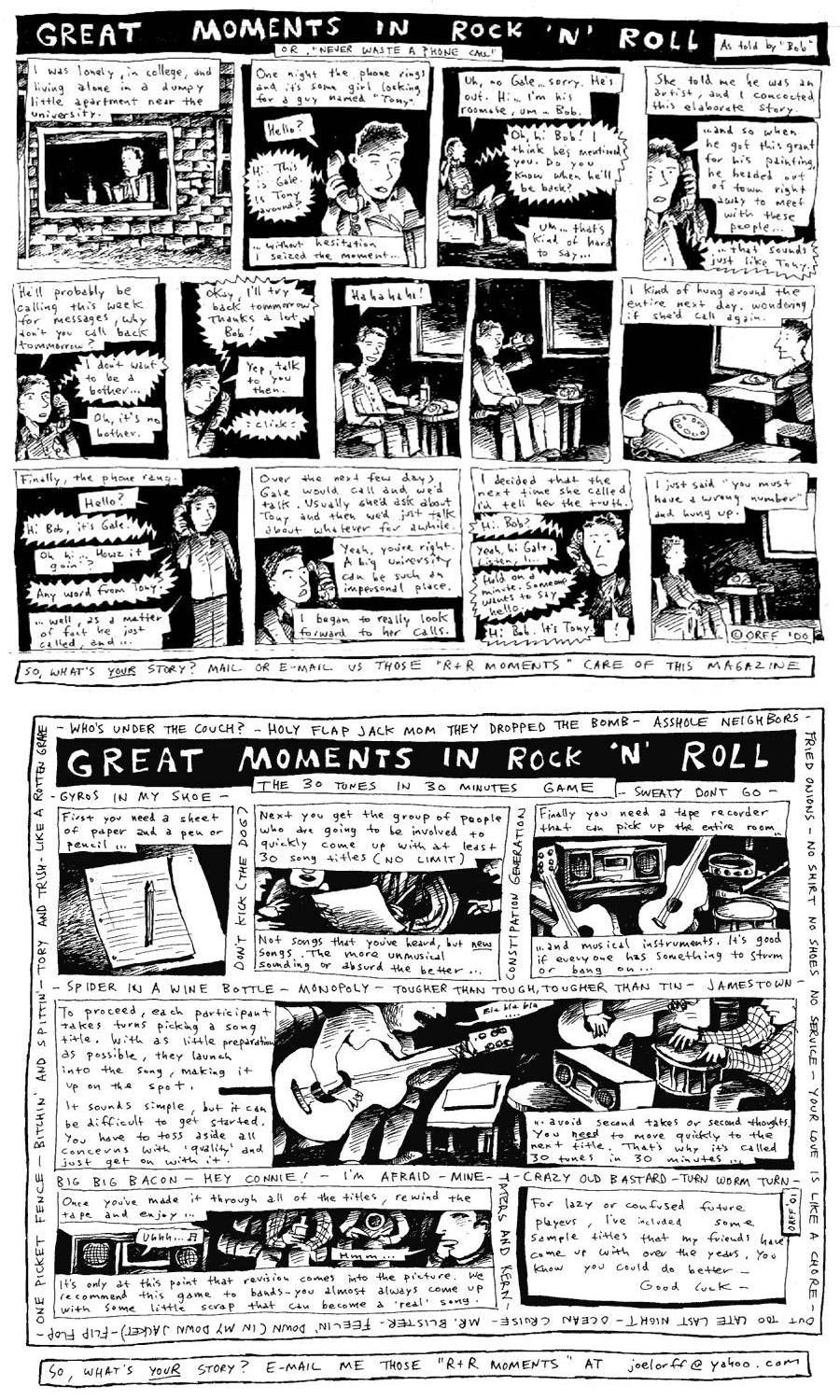 While not deceitful, the subtitle of Great Moments in Rock’n’Roll certainly raises expectations that may not be met. The truth of it requires stretching the definition of rock’n’roll to encompass lifestyle moments sometimes featuring music, musical instruments, musicians or gigs. This isn’t the book presenting the story of Elvis Presley’s first TV appearance or someone’s musical awakening on the realisation that Nirvana spoke to them. Instead Joel Orff takes brief anecdotes, some of his own, some submitted by readers of his website, and illustrates them over a page.

It’s a neat idea, but in practice Orff is afflicted by several limitations. He’s dependent on the quality of the submitted anecdote, and while these are varied and may have a poetry, many are shrug of the shoulders material mythologising the ordinary. John Porcellino’s submission even ends with the comment that it echoes thousands of similar experiences across the country. It represents a frequent category of strip that have meaning to the sender, but aren’t going to resonate with a wide audience. Orff’s art has a similar limitation, simple, sketchy, but often barely moving beyond functional, so visually unattractive. When the page turns to an ambitious layout or a neat dancing figure it seems as if the remainder is a deliberate primitivism, as the musical equivalent features in several of Orff’s own strips. The biggest limitation, though, is that all too many strips are stories that don’t lend themselves well to comics. Large blocks of text are required, accompanied by repetitive illustrations, and this deadens an otherwise decent anecdote. Tomaz’s story of his political awakening suffers, as does Bob taking advantage of a wrong number in the sample art.

Occasionally a strip really hits the spot, reminding what a good idea Strum and Drang is. There’s no reason why it should be the case, but some strips featuring known names are the most resonant. Albert Collins playing in a bar, Tom Baker’s great deed, and how Walter Huston would test people all hit the spot. However, Strum and Drang isn’t the best representation of Orff’s work. He’s continued the strip, which is archived on his website, and while still not exactly living up to the subtitle, it’s been refined. Some of the mentioned limitations remain applicable, but there are far more encounters with known names, showing them in a good or poor light, and better stories without the famous.