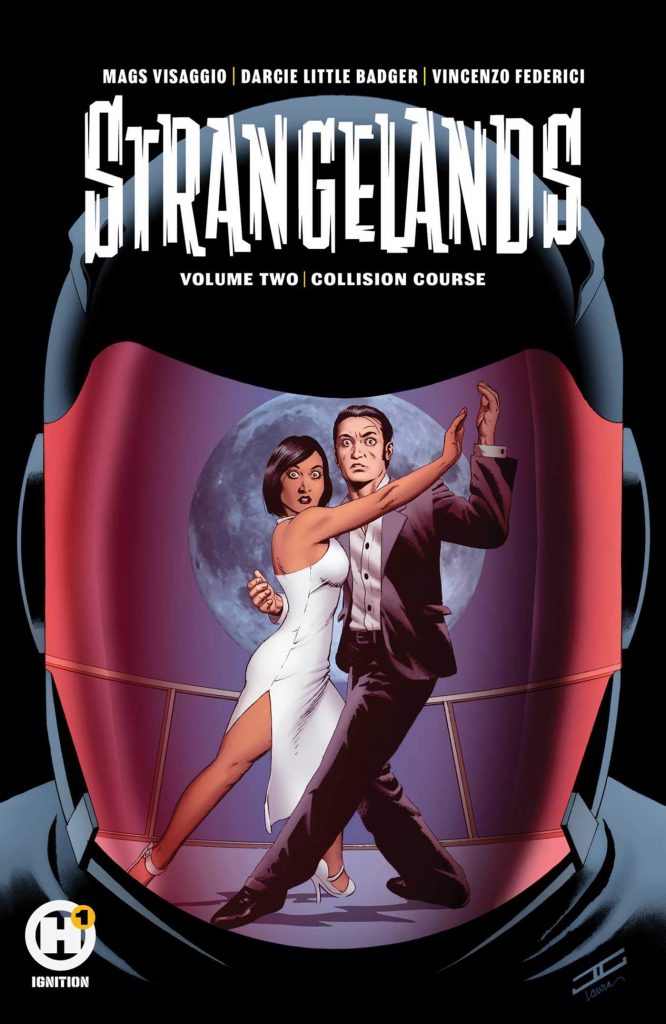 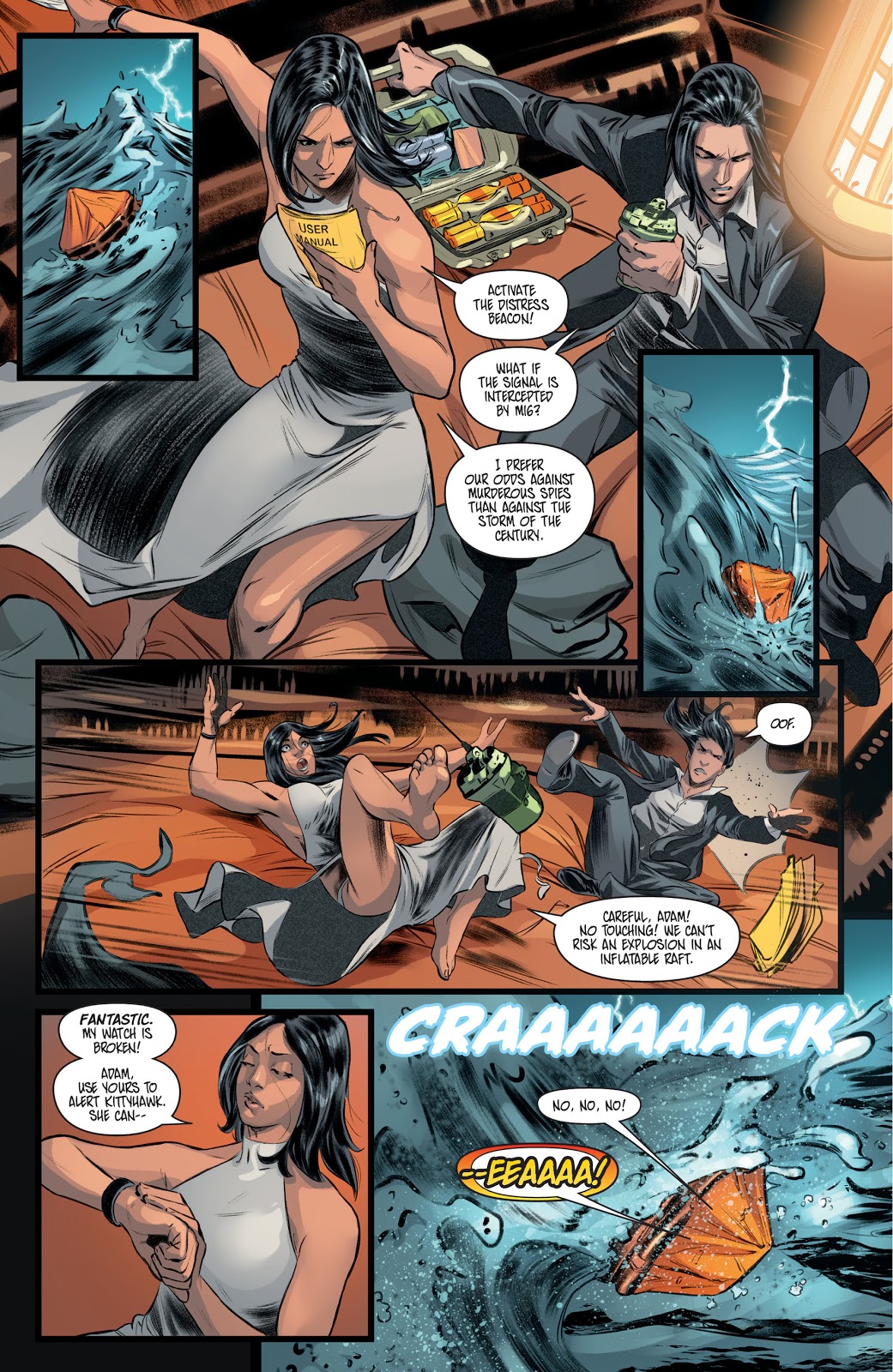 Strangelands has a strong central idea of two people connected by an unknown force, Adam and Elashki Land, unrelated despite having the same surname. If they actually touch each other an unimaginably powerful explosion results, with the pair likely to be the sole survivors. If they’re too far apart, though, that could have dire personal consequences, although the upside is they now also have super powers. As explored by the writing team of Mags Visaggio and Darcie Little Badger in Love + Chaos, the results were low on logic and high on questions, with too many aspects just dumb.

Collision Course is a slight improvement. The conversations between Adam and Elakshi remain all too often for the readership’s benefit, and there’s too much use of an implacable foe, but the mysteries have some intrigue and this time everyone behaves relatively logically. Much of the first volume was spent avoiding the indestructible Bixby Hardman. That seemed to have been resolved, but apparently not. At least this time the motivation for his tenacity is revealed, and his story broadens when he’s contacted by someone else with a vested interest in the Lands.

New artist Vincenzo Federici is from the European school of art that tells a story efficiently and anonymously. There may be little individual or memorable about the pages, but they’re an improvement on the slackness of Love + Chaos.

This brings Strangelands to an end, with readers directed to shared world titles Ignited and Omni for a continuation of the bigger picture. The intention appears to have been to create an eight chapter equivalent of an action movie, but the lack of dynamism about the artists scuppers that, and while the plot eventually makes sense, not all questions remaining from the first volume are answered. Furthermore, the ordinary writing fails to generate reader sympathy for the classic combination of characters thrown into circumstances no-one could predict.