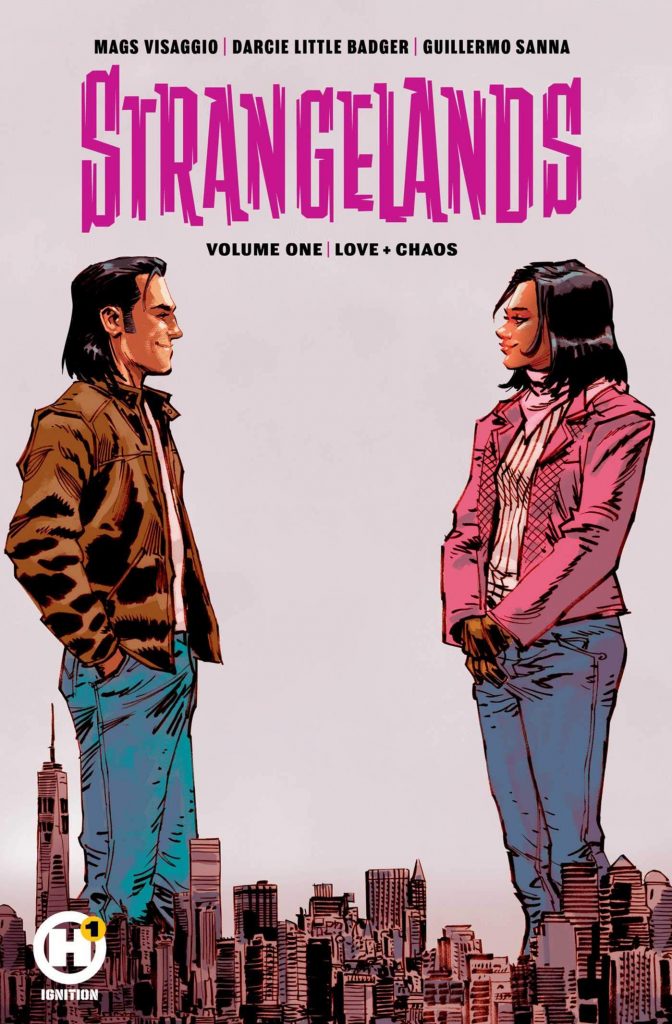 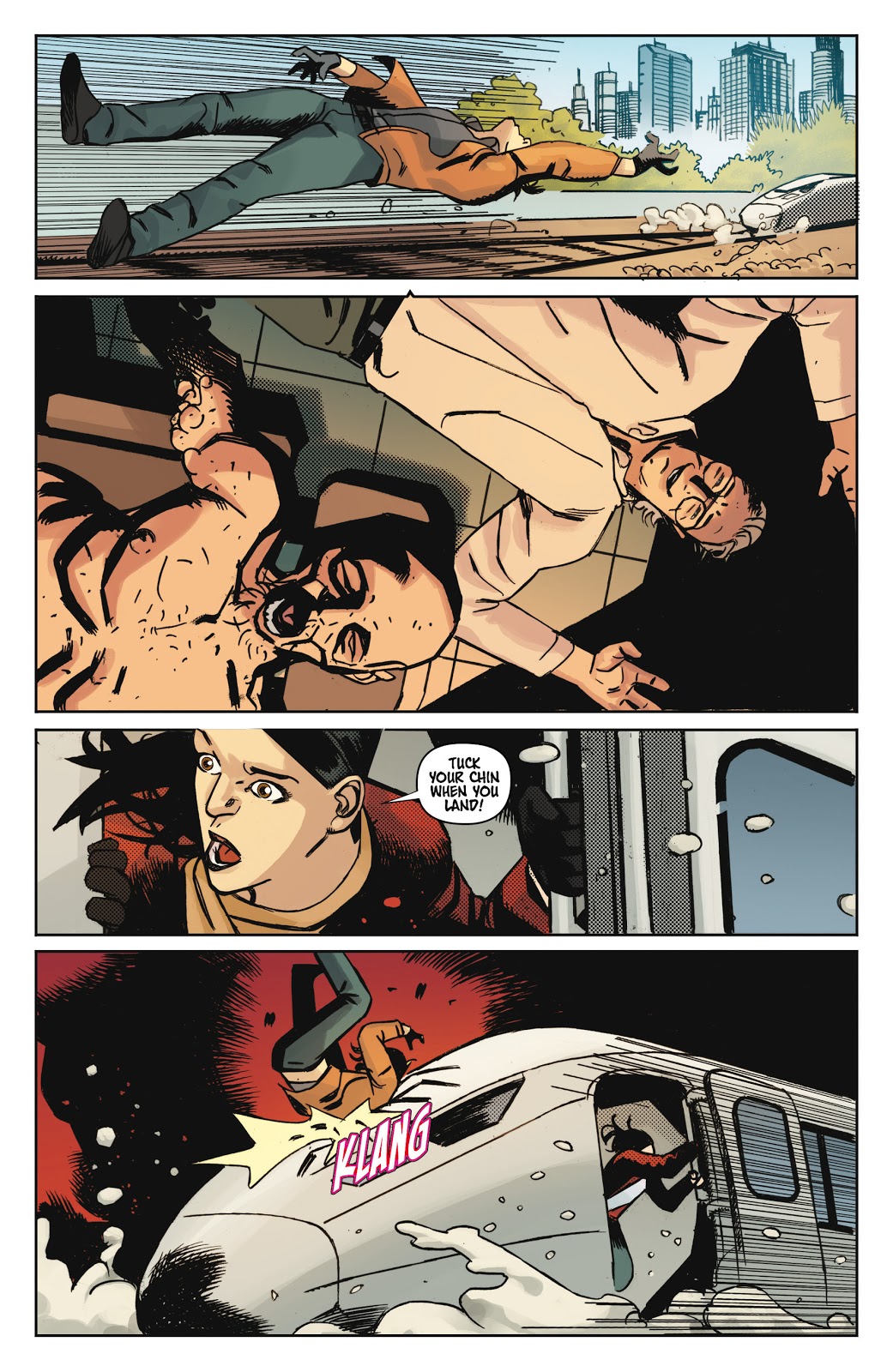 Strangelands opens with the adrenalin rush of Adam Land on a motor bike being chased by someone all in black on another bike, attempting to shoot him, while Elakshi Land shouts at him through a bullet train window, yet he hears her anyway. It’s the type of action scene requiring some suspension of disbelief that works so well on the cinema screen, and is certainly a viable method of dragging readers in, but as illustrated by Guillermo Sanna all thrills are sucked away. He draws the absolute minimum necessary, offering no sense of place as the figures hang in colour backgrounds, awkwardly depicted and seen from as close as possible.

That off-putting illustration is compounded by a script featuring barely any captions. Instead the writing team of Mags Visaggio and Darcie Little Badger have the cast constantly explaining themselves to each other for the audience’s benefit through contrived dialogue that rings utterly false. The gist of the matter, though, how it is that Adam and Elakshi have super powers, is left very vague. It’s not a promising start, and unfortunately Love + Chaos never greatly improves, although Sanna’s art is better when illustrating more everyday scenes.

The powers are down to something referred to as CCE, a never explained substance that Adam and Elakshi are unknowingly hogging, apparently depriving the remainder of humanity their fair share. The best aspect of Strangelands is the pair’s connection. They can’t be too far apart from each other, yet if they touch each other the consequences are devastating, a situation exploited on a couple of occasions. Adam and Elakshi were surprised when their powers manifested, and would like to be rid of them, but too many aspects of Strangelands defy logic. That’s even if you overlook the coincidence of the two lead characters having the same surname, but not being related, all to contrive the series title. Would the person attempting kill Adam and Elakshi really explain their weakness in a therapy session? The other villain could certainly find easier ways to go about their business, and the explanations we’d really like are in short supply. Strangelands continues with Collision Course, which may supply some logic and answers. 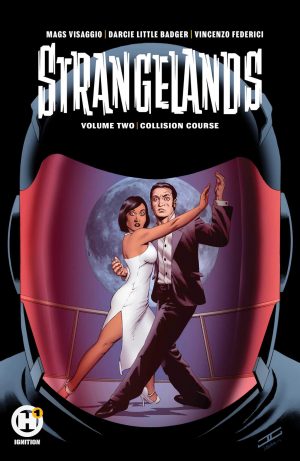