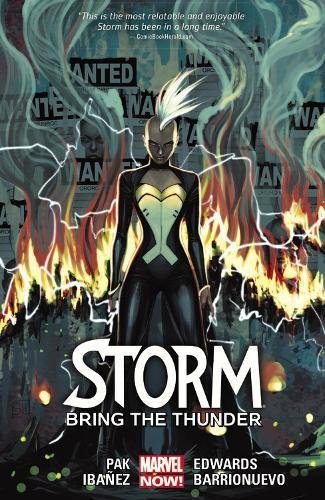 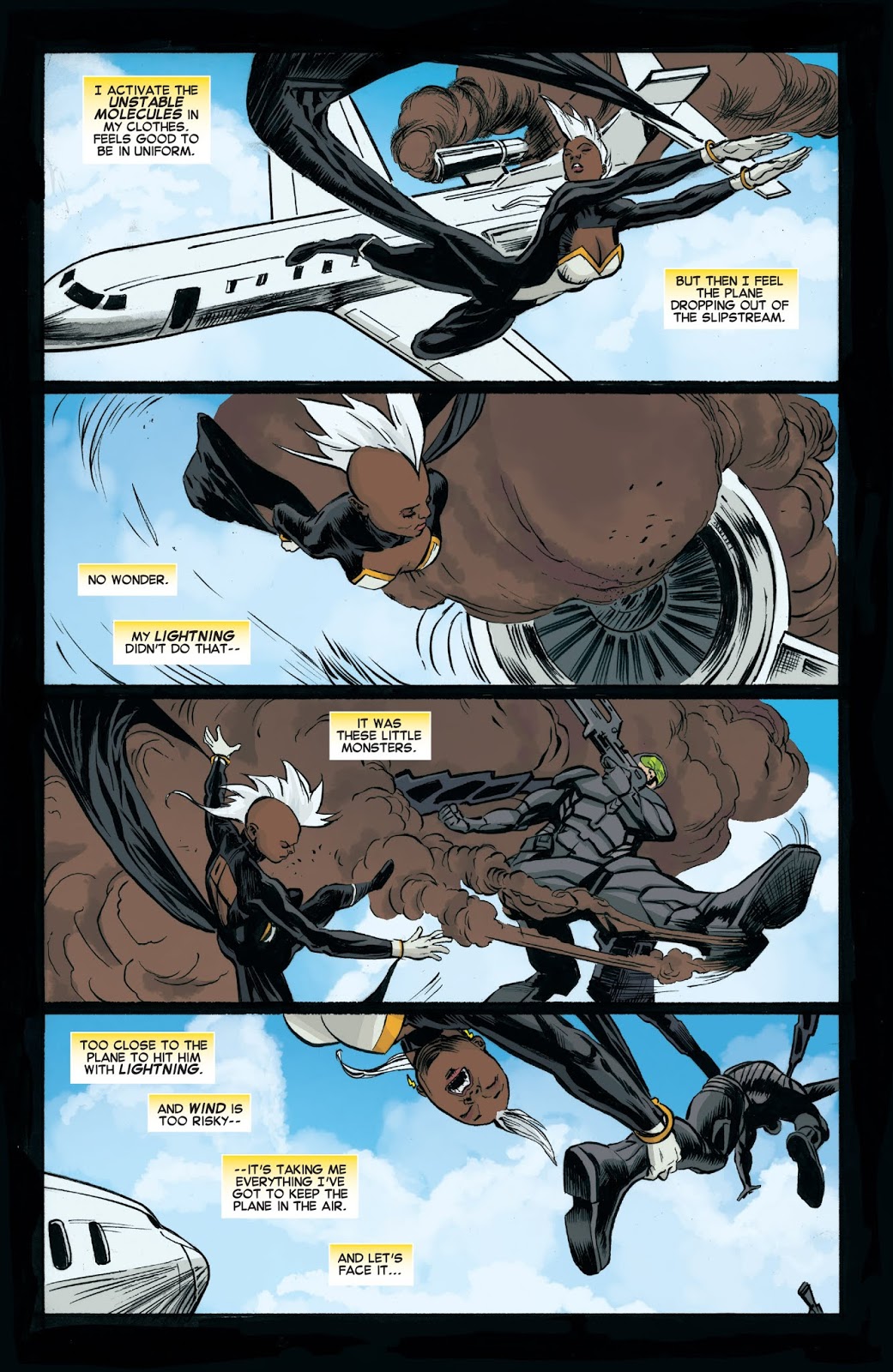 Bring the Thunder represents a shift in Greg Pak’s approach to Storm. The plots are still good, but he’s moved them into far more traditional superhero territory. That actually began when Storm involved herself with Yukio and her criminal activities at the end of Make it Rain, and the opening half of this book deals with the consequences, the shifts in the balance of power it caused. There are still some elements of social responsibility, the transportation of a kidney for transplant as a source of concern being one, and there’s a surprise return for a lost mutant, but this lacks the emotional depth and social interest of Make it Rain.

If the change of focus is a little disappointing, so is the art. Artist of choice Victor Ibañez returns to draw portions of the final two chapters, but the greatest number of pages are by Al Barrioneuvo, who’s nowhere near as refined. Under Barrionuevo the story is told, but without the extra attention to detail that characterised the previous book. Unfortunately when Ibañez gets back into full swing on the final chapter, the threat is a gloopy mess that any artist could draw.

By the final episodes Pak is feeding from his earlier stories, bringing all the characters together for a purpose and threat, but that comes across as contrived. There’s no real reason the people selected should be targeted in preference to numerous others in Storm’s earlier life. In fact, a very strong case could be made for the likes of the Black Panther being more logical, but the people chosen are those we saw in Make it Rain. Bring the Thunder isn’t bad superhero material, just average compared with Pak’s previous work. 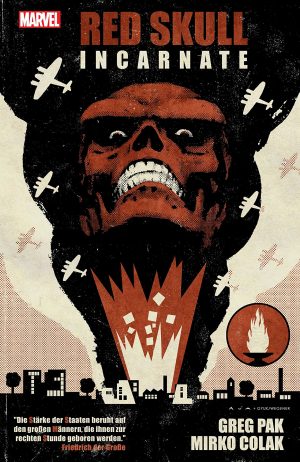