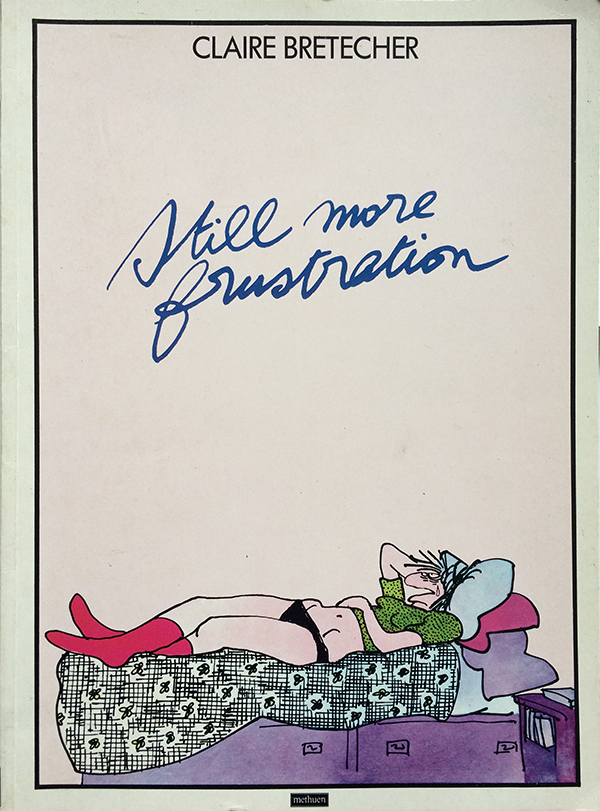 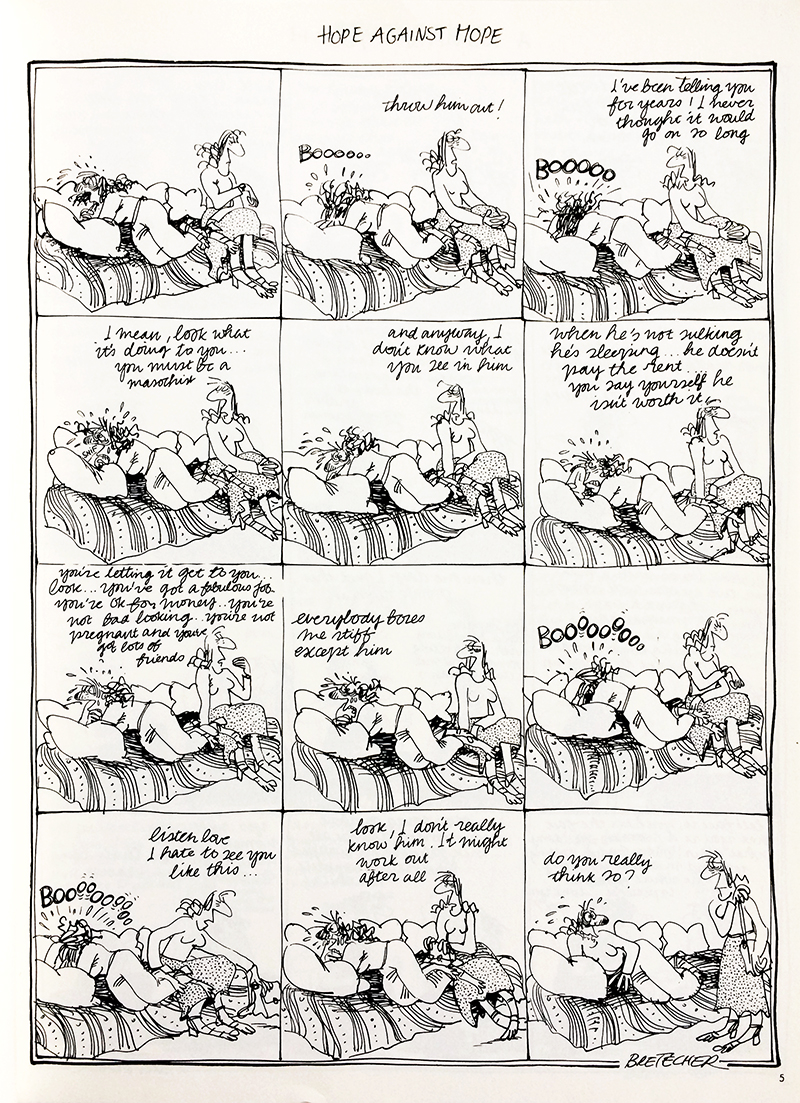 Claire Bretécher is a giant of European comics thanks to her now legendary weekly strip La Page des Frustés (The Frustrated), translated into many languages. In the UK it appeared as a full page every week in the Sunday Times Magazine, where it was called Frustration. Seven book collections of Bretécher were published in the UK through the 1980s and early 1990s; Frustration, More Frustration, Mothers, Still More Frustration, Where’s My Baby Now?, Agrippina and Agrippina Throws A Wobbly. Unlike most material that gets translated into English, these books were very carefully and expertly converted for a UK reading public by Angela Mason and Pat Fogerty, and deftly relettered so well that readers thought Bretécher had done the new versions herself.

Bretécher’s distinctive, scribbly and unattractive cartooning examines the daily lives of a middle-class, generally left-wing, affluent and urban group of white women and men, teasing out their political and sexual hypocrisies in their relationships with their children, their jobs and their sex lives. The observation is deft and subtle although the carefully notated situations can explode into cartoon slapstick without warning. Still More Frustration remains very entertaining and perceptive decades after it was first created. Although some of the slang is obviously dated and the narrow demographic excludes everyone except the yuppies who are Bretécher’s target group, it’s a funny read and very much worth picking up today. This title has been out of print for a long time, but is easily found online very cheaply, so there’s nothing stopping you from discovering these comics. Fans of Posy Simmonds in particular will appreciate these strips.