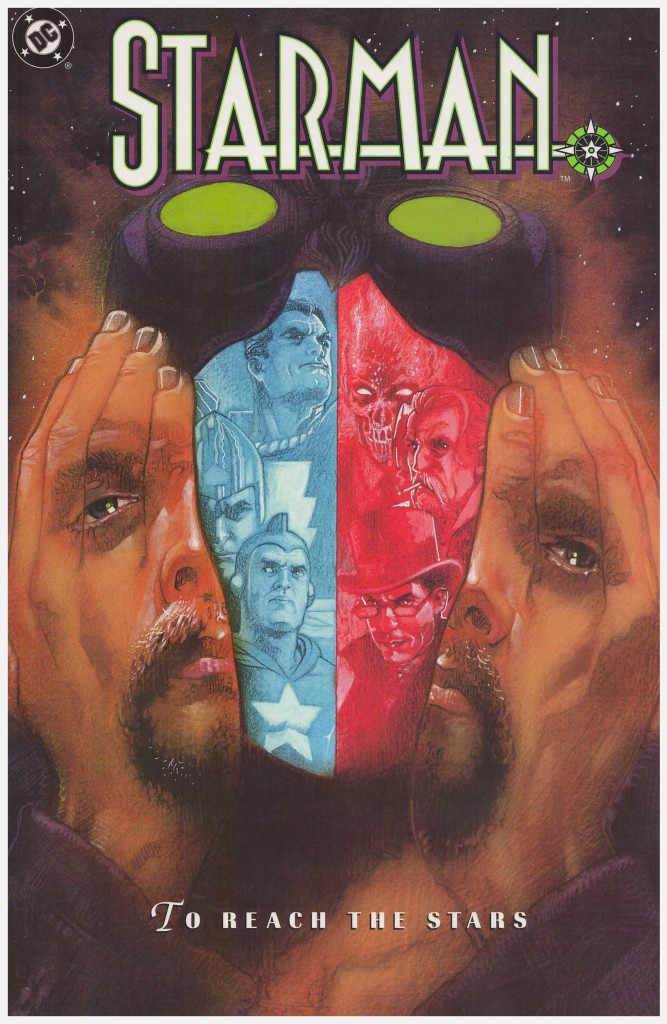 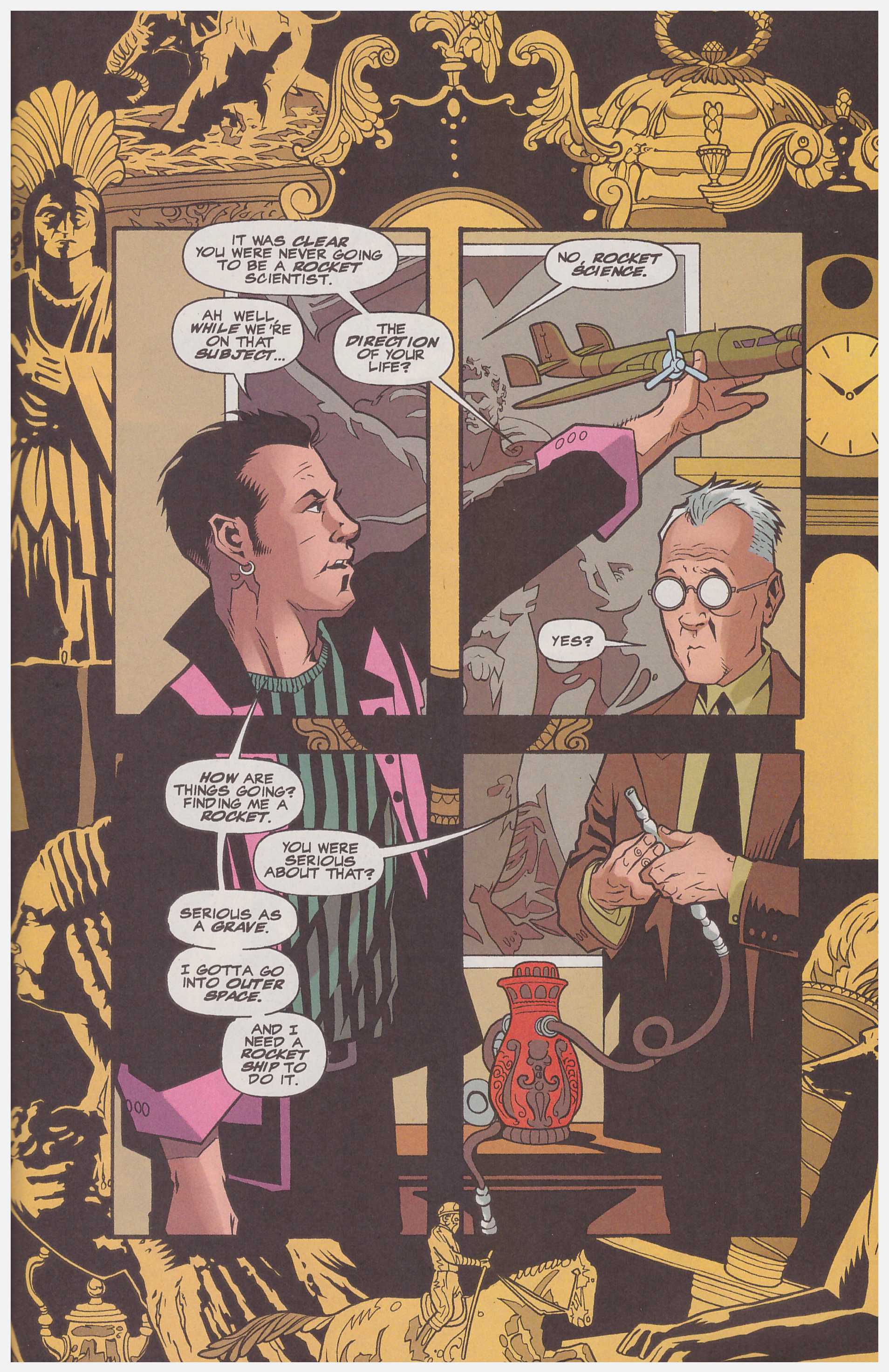 The opening sequence here reprints a Starman annual that determines the future of the series from the next book, Starry Knight, and the remainder of this volume plays out the final prophesies dangling from earlier volumes.

Starman’s previous crossover with another character set in both past and present, the Sandman in A Wicked Inclination, won an Eisner Award, and the template is employed again here, but this time with Captain Marvel’s creative team fully involved. Which is why it’s not as successful.

A hero called Bulletman is accused of being a traitor during World War II, and approaches the original Starman, Ted Knight, for help. It provides a far more credible reason for a hero vs hero conflict than most such occasions, but the vast difference in tone between the two titles works against narrative success. Starman is an adult title in the best sense of the word, while Shazam!, in which Captain Marvel appeared, had a far lighter mood set by Jerry Ordway and Peter Krause. This worked very well in isolation, but clashes here. As an example, the bruised and bloodied Starman at the end of a chapter originally published in his own title is fighting fit and raring to go as we hit the splash page of the next instalment. There are some nice touches, particularly Jack Knight learning the full capabilities of his staff, which is seeding for later plots, and Ordway and Krause’s concluding chapter has some interesting plotting.

After an issue in which Matt O’Dare continues his redemptive path in the company of the Shade, the remainder of the book is preparation for departure. Jack has talked with the sister of a former Starman, Will Payton. He’s believed dead by everyone but her, and Jack trusts her hunch and commits to locating him somewhere in space.

References are made here to Jack having changed, and there’s a realisation that this is the case, and the series has charted his progression from ignorant dilettante to bona fide hero, and that some initial negative character traits were deliberate. It’s a considerable achievement on the part of writer James Robinson. It also occurs how much events of the previous collection Infernal Devices shaped his new attitude.

A problem with needing to head into space is locating the means to do so, a problem solved in fine style. Artist Tony Harris designs a spacecraft to match the decorative city he’s crafted. Despite fill-ins, Harris had difficulty maintaining the required schedule. His art has reverted to a posed stiffness in places, and he’s resorted to re-using images on several occasions, but he goes the extra mile with ornate page designs and not stinting on detail. His valedictory chapter coincides with the farewells to Jack as he sets off into space, adding an extra layer of emotion to an already well written departure.

Gary Erskine fills in for a chapter, his style very similar to that of Harris, and the long opening sequence incorporates nicely drawn sections from Stefano Guadiano, Gene Ha and Steve Yeowell. Unfortunately Mitch Byrd, who contributes the most pages, lacks the facility to convey the required emotional content.

Everything here is within the fourth Starman Omnibus, along with almost half as much again gathered from elsewhere and omitted from the paperback collections. Among that is a chapter revealing the origin of the spacecraft.