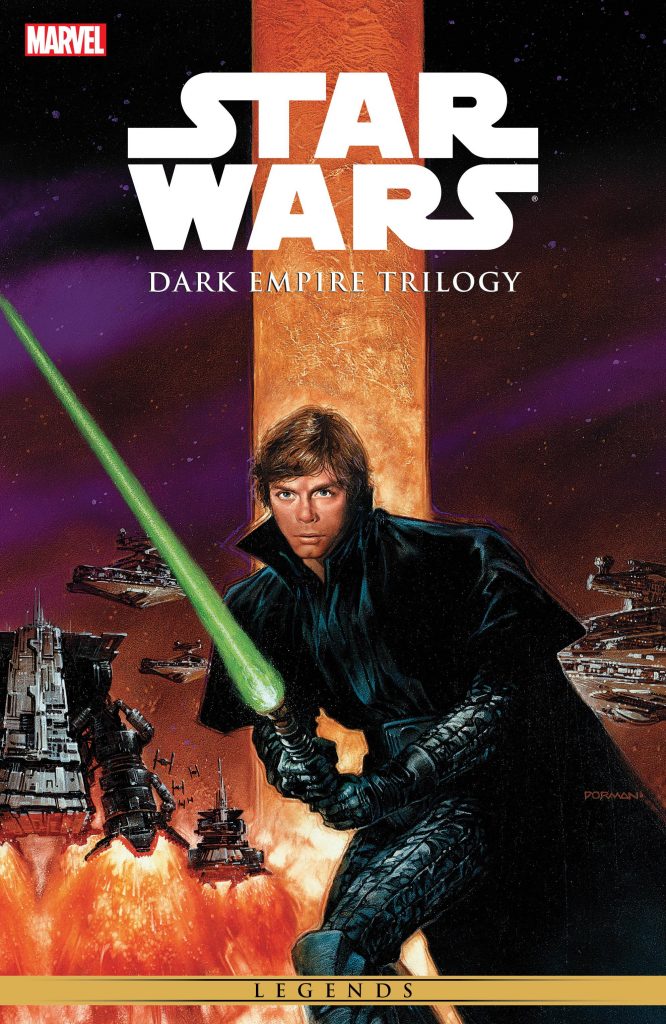 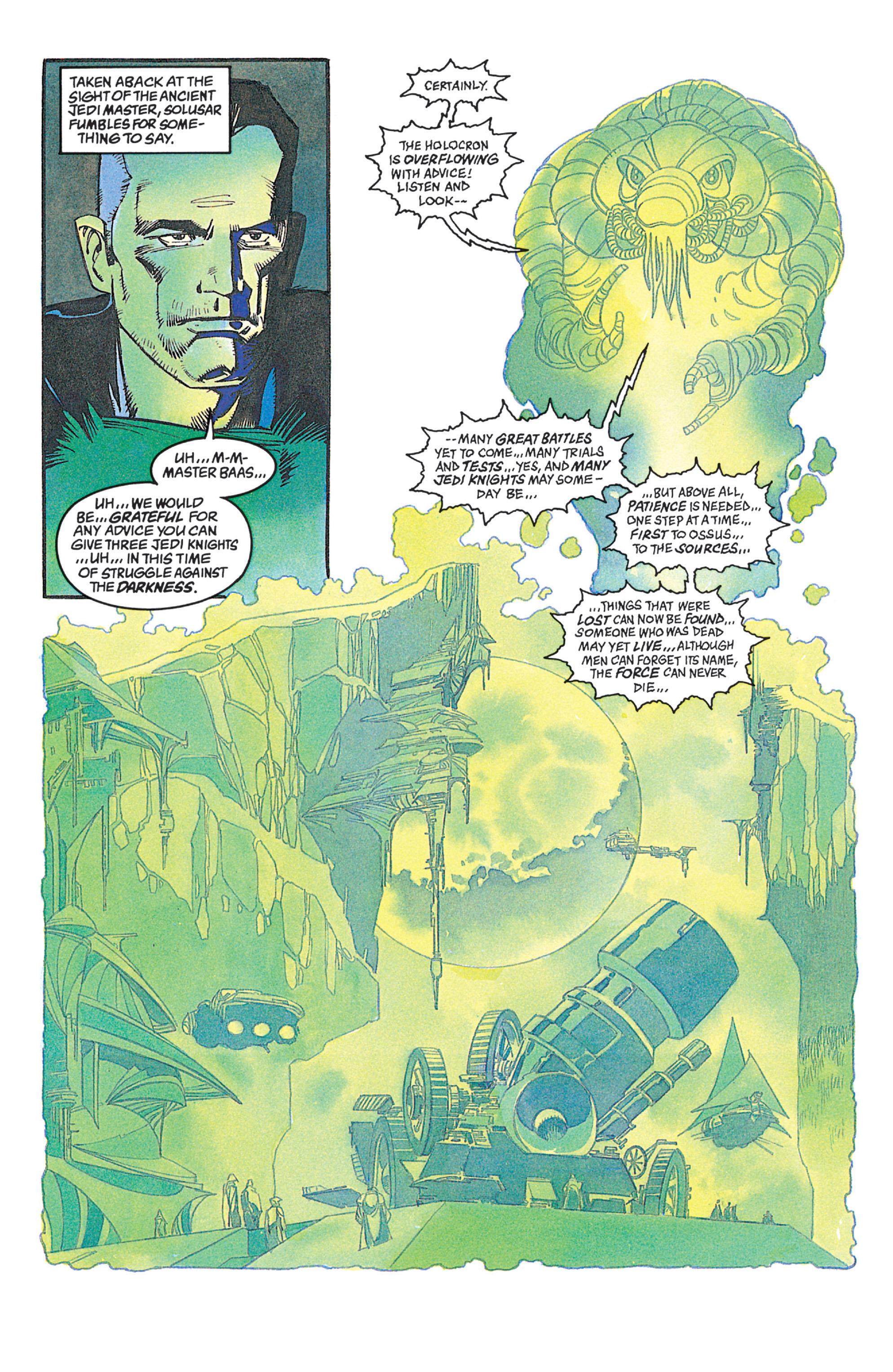 The Dark Empire Trilogy has much in common with the eighth Star Wars film The Last Jedi. The creative visionaries behind both have imagined life beyond the original three films and both have invoked debate on whether they ruined or renewed the franchise. The truth is both in their own way have done wonders for the franchise, even with limitations.

This oversized hardcover collects Dark Empire, Dark Empire II and Empire’s End together with the Dark Empire Handbook. Originally a Marvel project the idea was later dropped, and when Dark Horse aquired the rights to Star Wars comics writer Tom Veitch and artist Cam Kennedy found the idea a new home. Dark Empire became the series that rejuvenated Star Wars and paved the way for other stories. Crimson Empire has its origins here. Video games like Knights of the Old Republic use ideas explored here. In the 1980s you could experiment with the details in-between films but never beyond them. What Veitch did broke the mould. Adding a harder edge he focuses on Luke Skywalker and Princess Leia. Set a few years after the Battle of Endor, the Galactic Empire has splintered into warring factions. The Rebel Alliance has strengthened under the New Republic, gaining ground. Then a giant force storm appears during a mission on the planet Coruscant. To save his friends and family Luke enters the anomaly and learns that an old evil has returned and reinvigorated the ailing Empire. To defeat it Luke must reform the Jedi Order and explore all paths to the Force, the Dark and the Light. In turn Leia must explore her own Jedi heritage and develop her own force skills. To do this she travels with her husband Han Solo and friend Chewbacca in search of remnants of the Jedi Knights. While both Luke and Leia try to learn from their father Darth Vader’s mistakes, the Dark Side tries to lure them in, and the evil Luke hopes to defeat is hunting them and won’t stop until it has what it seeks – immortality.

Veitch weaves in family drama, loss, love, betrayal, legacy with epic space opera. Events ebb and flow as Veitch toys with ideas. What if there were Dark Side users other than Palpatine and Vader? Did Jedi survive the purge? They are well explored now, but at the time this was new and exciting. The scope of vision is huge from the sweeping narrative to the bold artwork. Kennedy’s art is detailed, watercolours bringing epic settings to life. It’s impressive from the start yet improves dramatically as he progresses. Mistakes and experiments made in Dark Empire are improved on in Dark Empire II. Sadly time has not forgiven those mistakes in either Veitch’s flamboyant dialogue nor Kennedy’s watercolours. Jim Baikie’s art in Empire’s End suffers even more. It all looks like a product of its time, but there is still plenty to appreciate.

The Dark Empire Trilogy is an oft overlooked landmark in Star Wars. It undoubtedly revived a waning franchise. Thanks to Veitch, Kennedy and Dark Horse, the potential for more stories within George Lucas’ original vision was realised. Since the publishing rights returned to Marvel, they have reprinted the story under the Star Wars Legends. If you want print copies the Dark Horse edition is still available second though very expensive. The Marvel edition is more affordable in digital format.