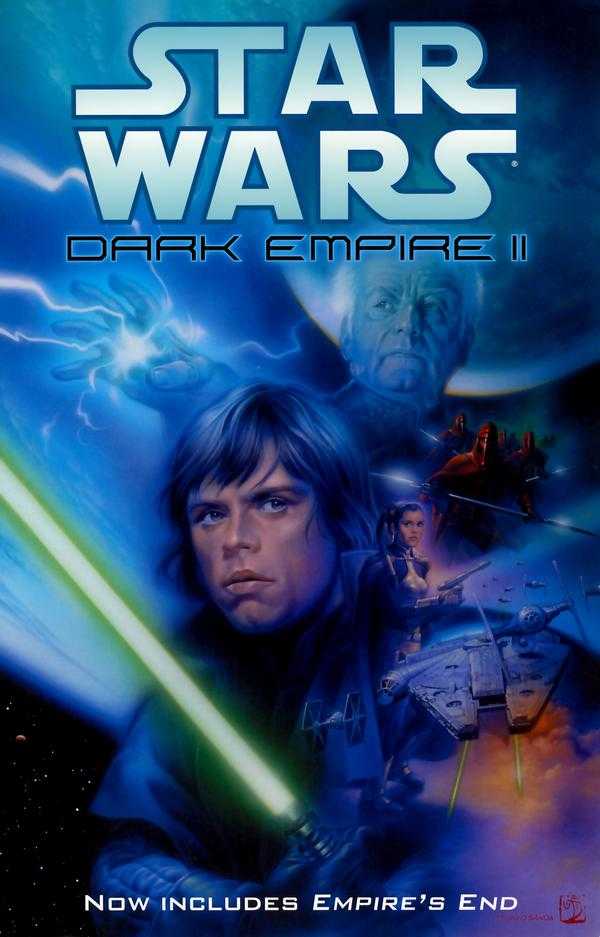 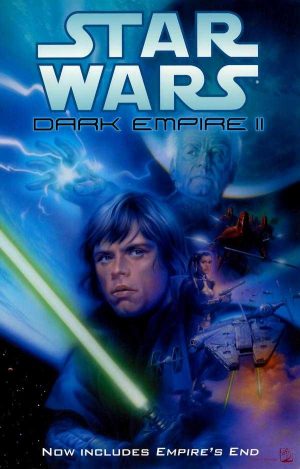 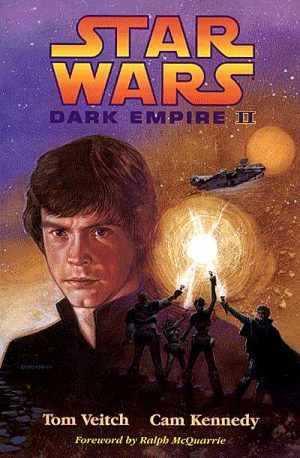 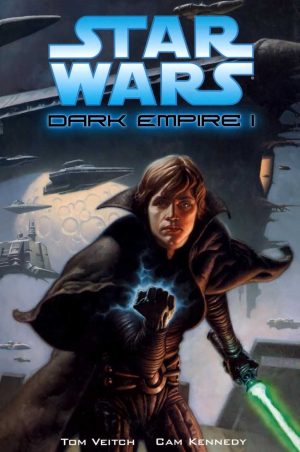 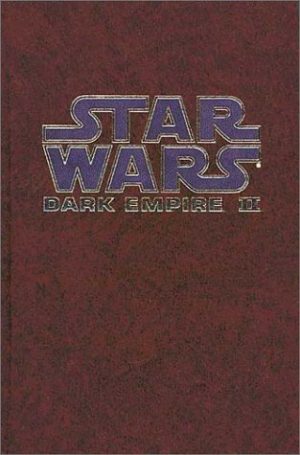 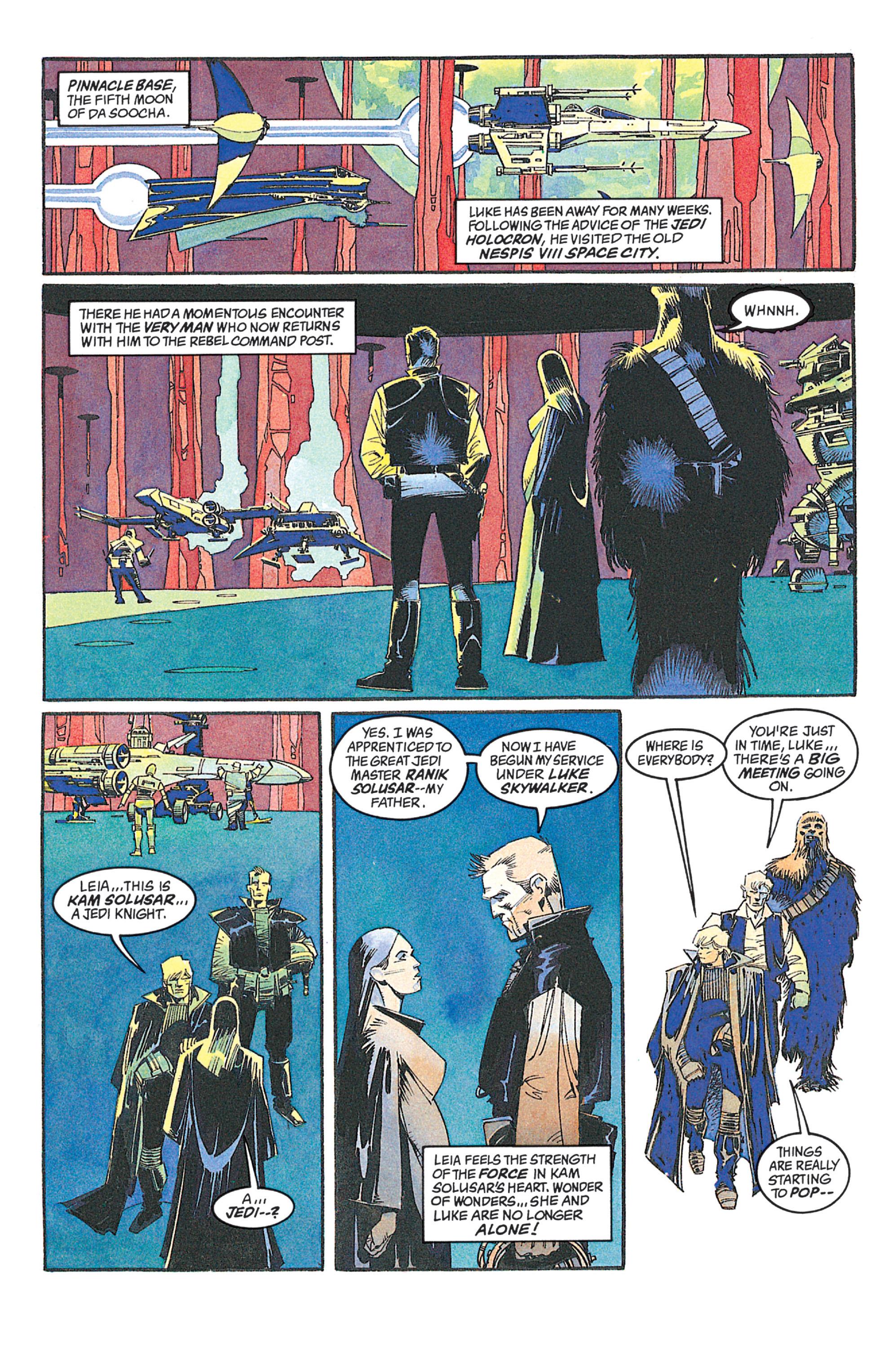 Dark Empire, a new direction for Star Wars, by writer Tom Veitch and artist Cam Kennedy undoubtedly revived the franchise in the mid-1990s. You can sit with this open and point out its influences on The Last Jedi, like it or not. Not only that first volume either, but all three books. Dark Empire II continues the story, picking up a few months later.

Commissioned to reform the Jedi Knights, Luke Skywalker has returned from an expedition. With him is the new order’s first member – Kam Soluzar, a man who has explored both the dark and light after the Jedi Purge. Now they will travel to the lost Jedi planet Ossuss in hopes of recovering lost artefacts. Spurred by a prophecy in a recovered Jedi holocron, a pregnant Leia and Han head to to the the Smuggler’s moon of Nar Shadaa. They are in search of an old Jedi named Vim Da Boda, a woman whose knowledge will be crucial to the new order. Though Luke had neutralised the threat the revived Empire posed, it is still far from dead. Executor Sedriis has pledged to restore Emperor Palpatine’s legacy. He plots and schemes revenge on planets now brazened by the Emperor’s demise. To assure galactic peace the Rebel Alliance must ensure the snake is dead. When an ally presents an opportunity to “acquire” top of the line war droids, they see an opportunity. If they play their cards right they could go all the way to the throne world of Byss and end the Imperial threat. But Evil doesn’t die. It resurrects in different forms, more vengeful than before. It is not interested in victory, only total annihilation of its enemies.

Dark Empire II is a definite progression from its predecessor, and in its day, Dark Empire‘s art and narrative was something spectacular. Veitch and Kennedy were not content to rest there, and improved on the flaws, so Veitch’s writing is much less grandiose. He still provides a blow by blow account of transpiring events, but it is more fluid, and within a thrilling plot with an enjoyable tension to developments, though some threads feel over-egged.

Kennedy’s artistic approach has changed too. Dispensing with the monotone washes of colour that covered the pages of Dark Empire, he’s adopted a scratchier style and while sticking to watercolours, he has seperated and diversified his colour palette. It adds definite balance to his work. He also experiments with the characters, Chewbacca becoming gangling and agile. Planets and space impress. The best attribute? Kennedy’s art gets better. Not a little better, but a whole heap better as the book progresses. Veitch’s writing improves in tandem with some shocking developments with a dramatic effect on the story.

The entire series introduced some defining landmark moments for the franchise. Here is the return of the Jedi Order and the first visual appearance of the Solo children, and there is also a subtle foreshadowing of Kylo Ren. Dark Empire II would merit a sequel, but without Cam Kennedy. It’s quite the story, the height of the saga, is thoroughly engaging and has aged far better than its predecessor. Veitch’s run concludes in Empire’s End, both of which are also found in The Dark Empire Trilogy. Used paperback editions are relatively affordable to come by, hardcovers more expensive due to the collectable qualities.