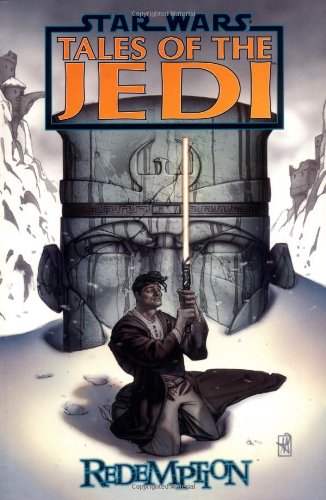 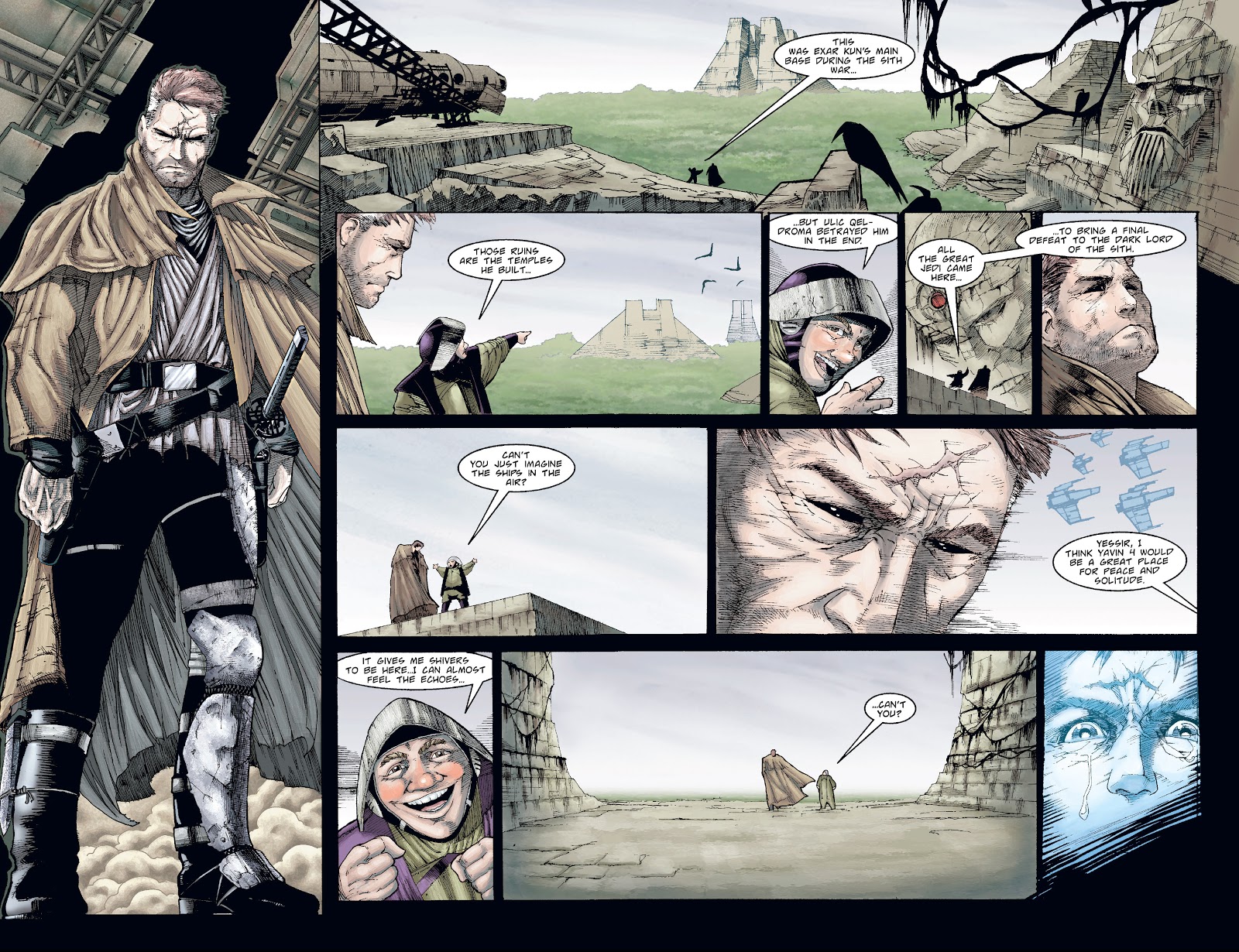 Since being introduced in Tales of the Jedi: Knights of the Old Republic, Ulic Qel Droma has been on quite the journey of idealism and betrayal that ended in The Sith War. Ten years have passed since then, and much has changed, not least the Jedi trainees who played pivotal roles and survived the war now being Masters themselves and held in high esteem. First among them is Nomi Sunrider, who’s been on her own journey of change, and is now involved in gathering representatives to determine the future of the Republic. Her daughter Vima is now a rebellious teenager, with all the problems that brings.

Much of Tales of the Jedi has been drawn by Chris Gossett, whose style changed considerably over the five years the series ran. He returns for this epilogue with a new way of drawing people, more posed than before, but equally more effective. It might have been thought that Kevin J. Anderson had already twisted Ulic and Nomi’s relationship every way it could go, but he surprises, and it needs Gossett to have a more sensitive touch with people than he’s shown before. There’s a windswept abstraction to this, building on his earlier style, and he changes approach depending on which characters he’s drawing, others being more traditionally illustrated. Having Gossett on a story that doesn’t play to his strength of space battles is a strange move, but this is his best Tales of the Jedi art.

There’s a need to follow up on several Jedi seen earlier in the series, each of whom has an unsettled aspect to their life, there’s an early prediction to consider, and Anderson pushes the right buttons. This isn’t the full on battle material that’s sustained most of the series, but a selection of smaller, more intimate stories of loss, guilt, desire, and as the title informs, redemption, but for whom? It’s not until the final chapter that Anderson really cranks up the tension, and there’s a neat twist before the end. Redemption ought to satisfy anyone who’s become caught up in the drama of the people while the bigger battle rages, but anyone wanting the widescreen spectacular in all their Star Wars won’t find it here. It’s also available closing the second Star Wars: Tales of the Jedi Omnibus. 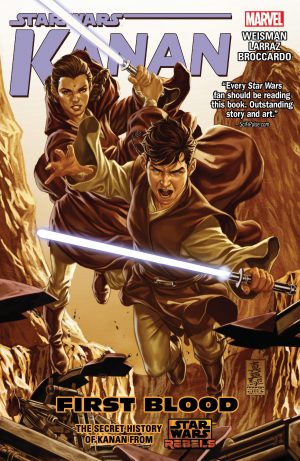