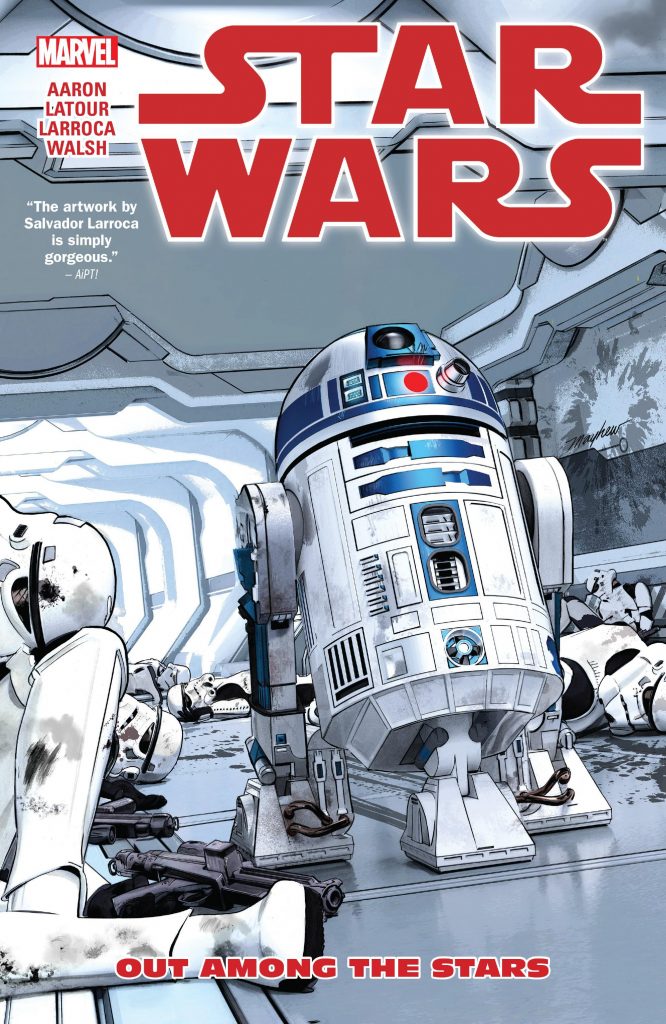 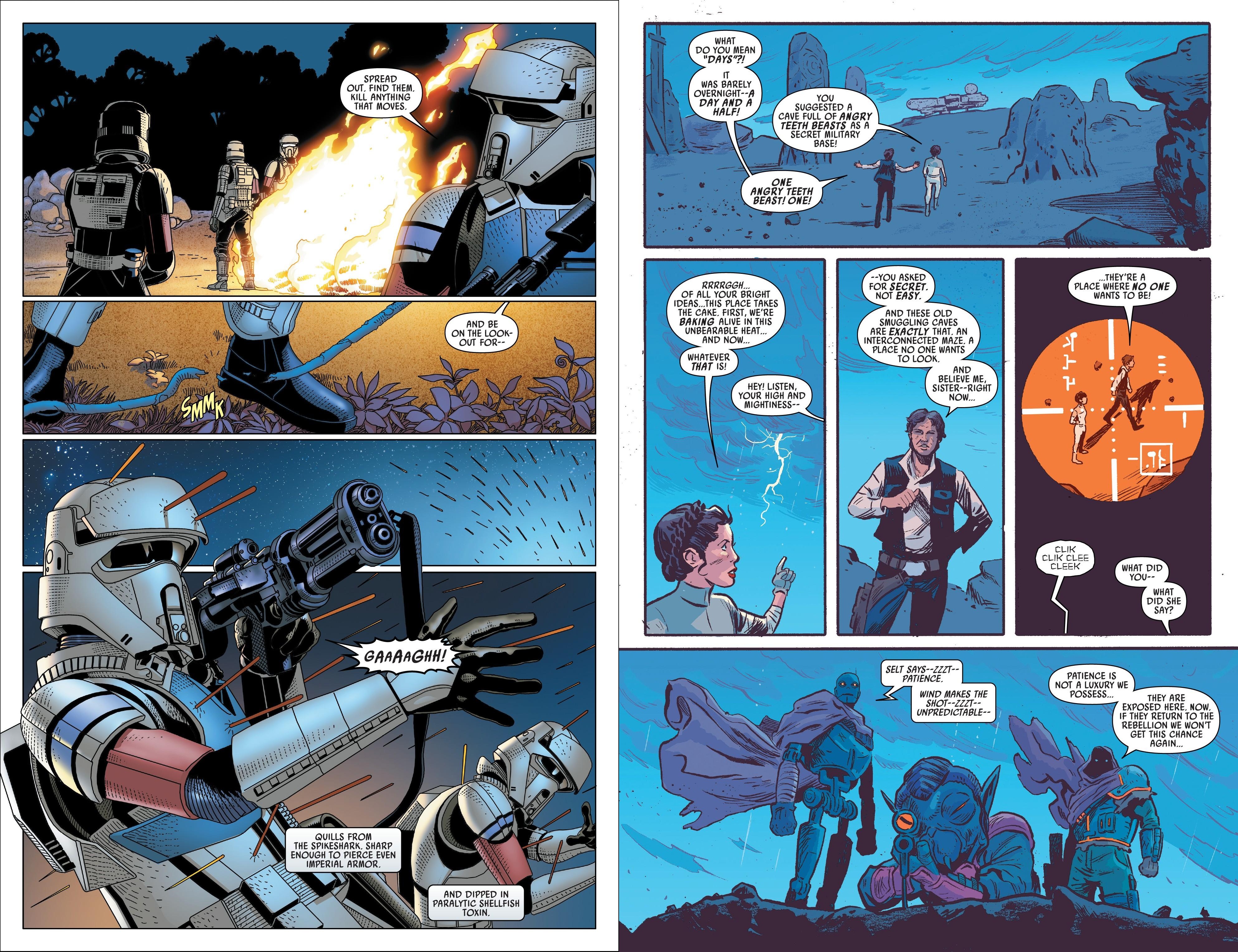 Although a few elements feed into the larger continuity, Out Among the Stars stands largely independent from Jason Aaron’s previous Star Wars material. There’s no need to know anything about the previous Screaming Citadel crossover, as Aaron signs off on the series by presenting a selection of stories spotlighting the main cast members in pairs.

Luke and Leia find themselves stuck together on a remote planet, the Empire looking for them after a tie fighter shot down their craft. Sana Starros swallows her pride to ask Lando Calrissian for help in operating an audacious scam. Han and Chewbacca have a dangerous cargo to smuggle, R2-D2 heads off to rescue C-3PO, and stormtrooper Sgt Kreel takes on one last mission for the Empire. Each of the five stories is an encapsulation of who the main characters are, and why they slot so neatly into the Star Wars mythos, notwithstanding that Kreel is Aaron’s own creation, personifying the single minded stormtrooper attitude. Each of the stories is a great little adventure in their own right, and the insights have a bearing on the plot. “I know what drives you, what makes you feel most alive. I know what you were born to do”, Han is told, and his would-be tempter is right, just in the wrong way. The droid story equally rolls out a nice line in deception by contrasting events with quotes from an instruction manual, and Jason and Dash Aaron finish off his run with a poignant story about a Tusken raider.

Salvador Larroca has a long and respectable career behind him, but his Star Wars work here, on Darth Vader and Yoda’s Secret War is surely a career highlight. He’s superb at capturing cast likenesses naturally, none of them having the slightly posed look so often associated with artists using photographic reference, his locations look real, and his action scenes are terrific, yet he integrates his pin-ups seamlessly, never sacrificing the story for the sale of an image. Andrea Sorrentino’s artistic strengths are different, and there’s a great sense of design to his illustrations for the Tusken story.

Michael Walsh (sample art right) has different methods again, looser and with less emphasis on photo realism, but it’s long been proved on Star Wars that there is no one fits all artistic approach. Walsh collaborates with Jason Latour on a piece about Han’s past coming back to kick him in the butt, a long-held grudge being played out at a most inconvenient time. It’s a story that suffers via presentation alongside the excellent material it accompanies, which makes it look slightly less inspired for using the same shooting overhead gag on several occasions, stretching the plot too thinly, and ending with an unconvincing disagreement.

Don’t worry too much about the final tale, as there’s more than enough quality to make Aaron’s farewell as memorable as most of his run, and surely an essential purchase for fans of the Han, Leia and Luke Star Wars.