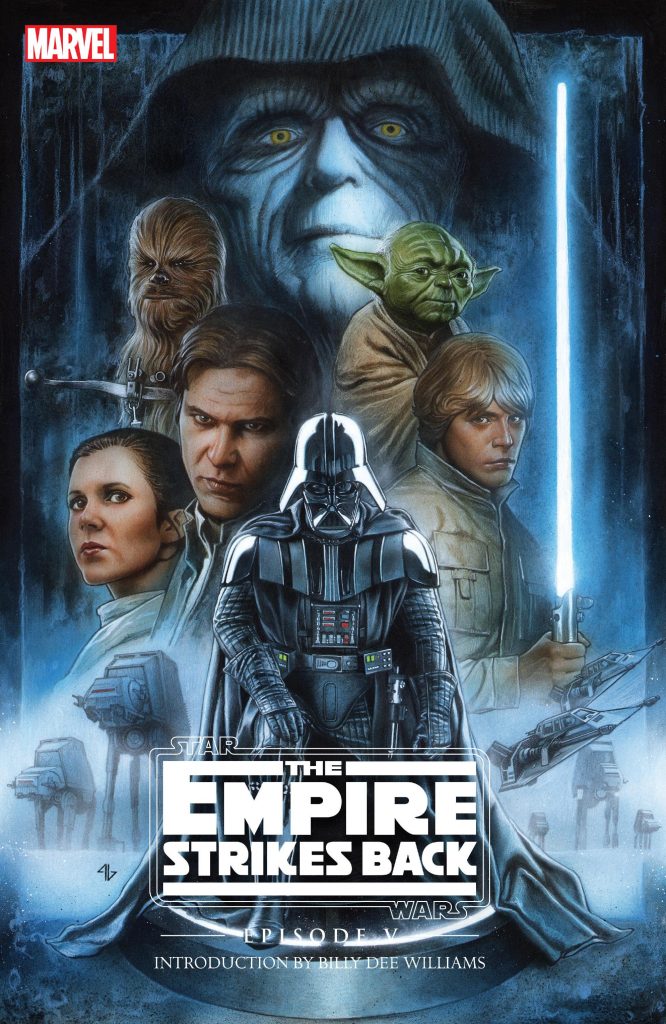 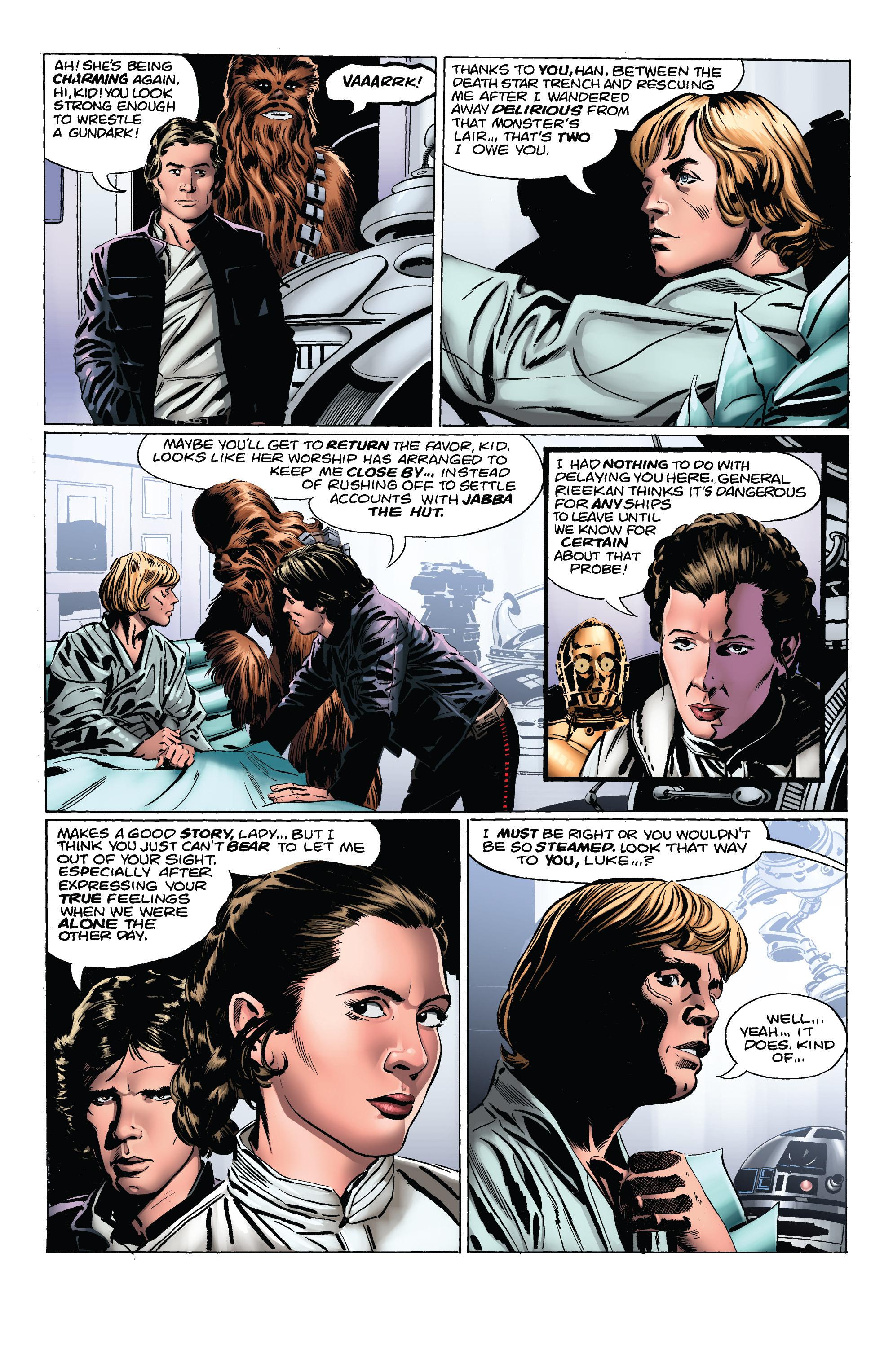 When originally produced this adaptation of The Empire Strikes Back was a great piece of space opera by a pair of creators who’d developed an almost synergistic working relationship. As that was in 1979, however, is it showing its age?

At the time of production Archie Goodwin and Al Williamson had spent over a decade producing the Secret Agent Corrigan newspaper strip, and were about to transfer to the Star Wars newspaper strip. Partly due to the long lead-in time required to produce a six chapter adaptation and partly due to secrecy concerns, Goodwin and Williamson worked from an early script, not the finished version, along with production stills, and this leads to some interesting anomalies, not least with regard to Yoda. His abilities were reined back a little in the film’s final edit, and while there may have been temptation, it’s been resisted with regard to changing this script.

Marvel have updated the colouring, which was very much of its era with little thought given to light and shade. The modern gloss works to a degree, but isn’t the improve-all solution intended, working far better on large images than the general clutter of smaller panels. On those large images, such as an opening page of Luke Skywalker riding a Tauntaun, the new colouring really impresses. Let’s not forget, however, that it does so due to Williamson’s skill in the first place. He worked with Carlos Garzón, his long term collaborator, here inking and providing some backgrounds, and relishes the space opera. He is the complete artist, good with technology, enjoying nature and providing mirror image cast likenesses. Williamson went the extra mile with those, not just including them for large pictures, but ensuring Han, Leia and Luke look like Harrison Ford, Carrie Fisher and Mark Hammill respectively in every panel.

The Empire Strikes Back is an unusual graphic novel in that the vast percentage of purchasers will already know what happens. As noted, some elements were changed, but it basically remains the story of the rebel forces hiding out on the ice planet of Hoth and Luke getting the message via the force that he must seek out Yoda. Han is concerned about the price on his head set by Jabba the Hutt, and Darth Vader is closing in on the rebels. Most of the spectacle is faithfully delivered, and an article by Goodwin explains why certain scenes are contracted or absent. In the case of the latter it was to avoid surprises in the film being disclosed, so the full visual emphasis remained on screen. There are some signs of the times, the explanatory captions being over-baked in places, but otherwise you’ll know what you’re getting, and shouldn’t be disappointed.