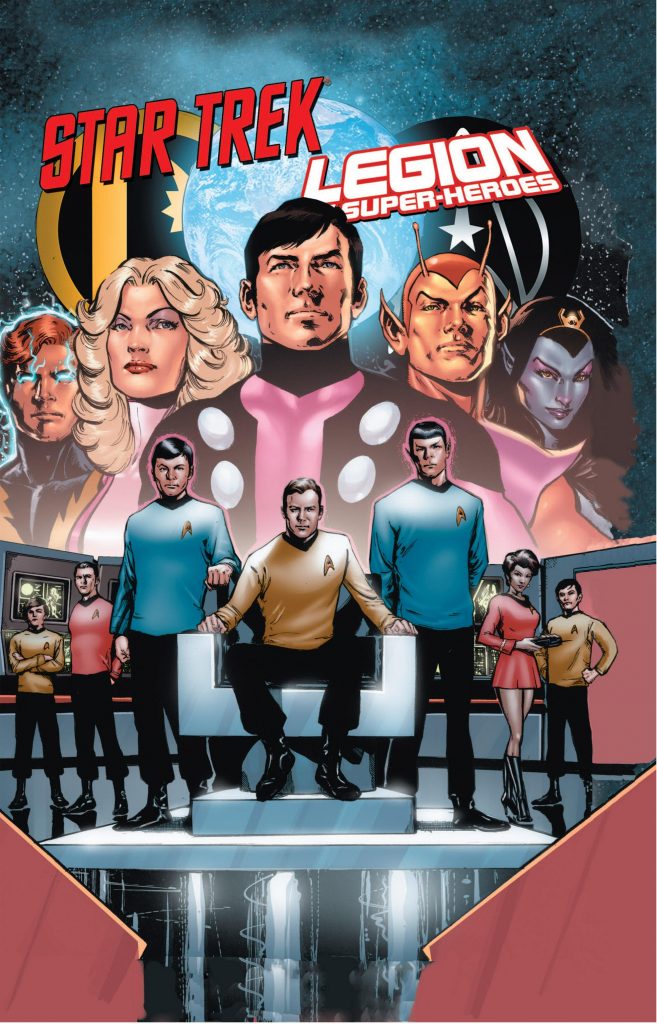 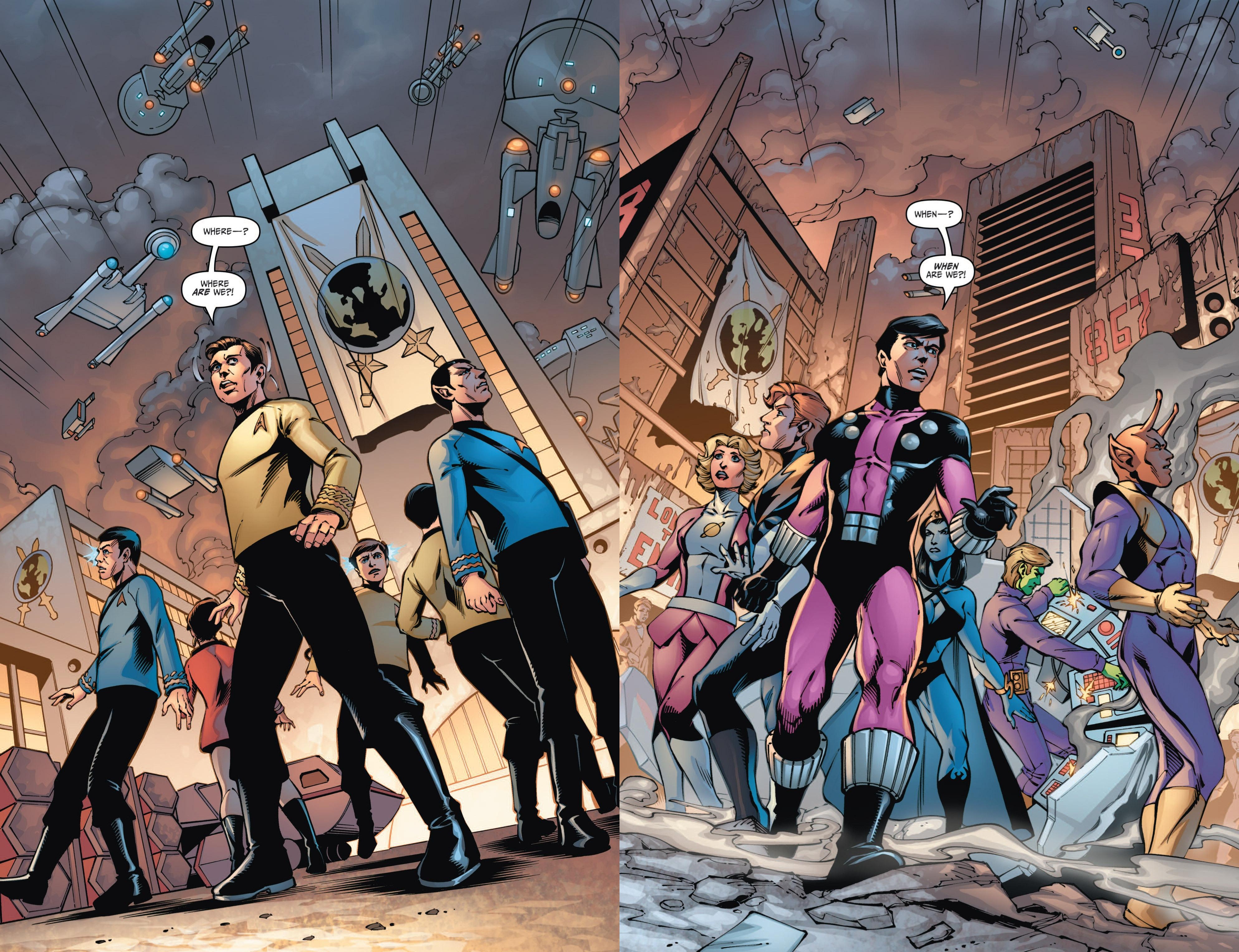 The first question to spring to mind is which Star Trek and which Legion of Super-Heroes? It’s the classic 1960s James Kirk Enterprise crew, with the LSH not mattering as much due to the restricted use of just six of the 30th century’s most powerful teenagers. Brainiac 5, Chameleon Boy, Cosmic Boy, Lightning Lad, Saturn Girl and Shadow Lass are taking what for them ought to a be a routine trip through the past when their time bubble breaks down, stranding them in 23rd century San Francisco. It’s where Kirk and his landing party have beamed down from the Enterprise, but both have somehow arrived in an alternate universe. Here humanity has spread across the universe as conquerors, ruthlessly dominating other races.

Chris Roberson channels the black and white moral simplicity of the Enterprise crew and the Legion as produced in the 1960s, and ensures the personality quirks of the Star Trek cast are given an airing. McCoy is grumpy with a heart of gold, Spock awkward with humour and Chekov prone to listing the unlikely achievements of his Russian homeland. The Legion personalities aren’t as well defined, the participants chosen for their prominence and the use of their powers in plot terms. While a twist in the Star Trek universe provides the over-arching structure for villainy, almost all the villains seen are connected with the Legion, and the one exception is a clever fusion.

Jeffrey Moy provides plenty of cameos for Legion universe details and a playful recreation of other items that may be recognised late in the story. He’s not big on ensuring exact likenesses of the Star Trek cast, but that’s a not anything that stands in the way of the pages turning.

There’s no great depth to Roberson’s plot, but it zips along at a fair pace, there’s one excellent surprise in the penultimate chapter, and enough other minor twists to keep the interest up, although the plot would have just about worked without the Legion at all. It’s their devices that are needed, so ultimately this is probably of greater interest to the Star Trek fan, because the turning points are truer to the 1960s TV show.