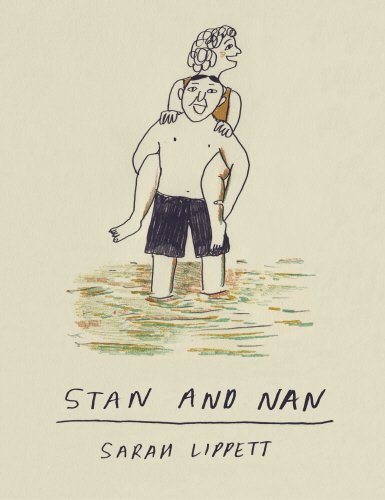 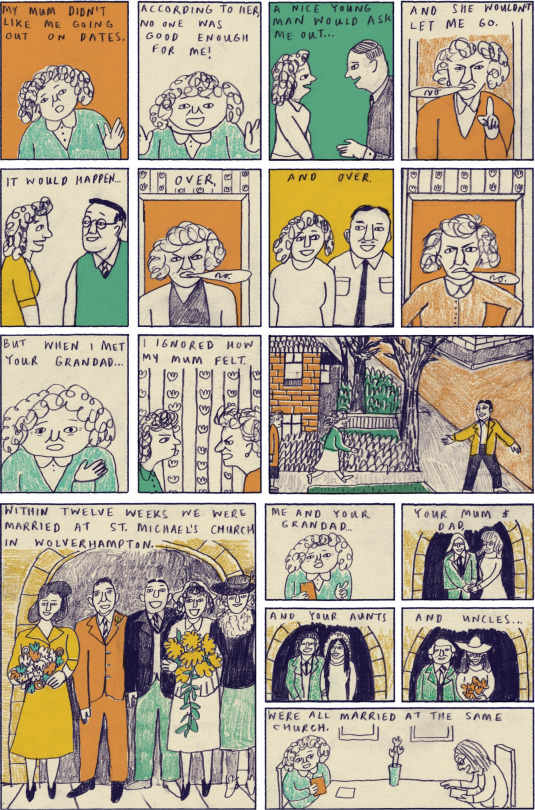 Sarah Lippett’s memoir of her maternal grandparents is lovingly constructed from letters written by her Nan, yet presented as if in interview form, relating stories of her grandfather Stan, who died before Lippett was born. In common with many of his pre-World War II era he had to suppress his own inclinations, in this case artistic, to provide a living for his family after his own father was severely injured in unrelated circumstances. Stan was always artistically inclined, indeed attended art college, but his only expression was in his spare time when he’d decorate the barge homes of friends, make ceramic figurines or paint.

Nan, Joyce, only really comes to life via the stories of others related at her funeral. She worked equally hard, having to maintain a family home after the death of her husband, and ultimately sacrificed friendships, later living vicariously through her grandchildren.

A major misjudgement is Lippett illustrating the work herself, or at least in the chosen style. The childlike renditions may reflect Lippett’s relationship with her Nan, but they render everything two-dimensional and largely bereft of emotion. At the point of Stan’s sudden death his daughter, Lippett’s mother, has rushed home after a foreboding experience, but arrived too late. This is related in hindsight, yet as depicted Lippett’s mother might be telling her the corner shop has run out of milk. Several untimely demises occur, yet the soulless art doesn’t convey the tragic circumstances. There’s rarely any sense of period, and all too often Lippett chooses to relate an anecdote via talking heads rather than illustrating the tale. Furthermore, these anecdotes may have a meaning to family members, but are often of little interest to those beyond.

Lippett studied in Brighton, so it’s not inconceivable she may have been taught by Raymond Briggs, and comparisons with his Ethel and Ernest covering very similar territory, show what can be done with such material. It’s chalk and cheese, that dripping with love and emotion, this distanced via the dull art, and mundane content.