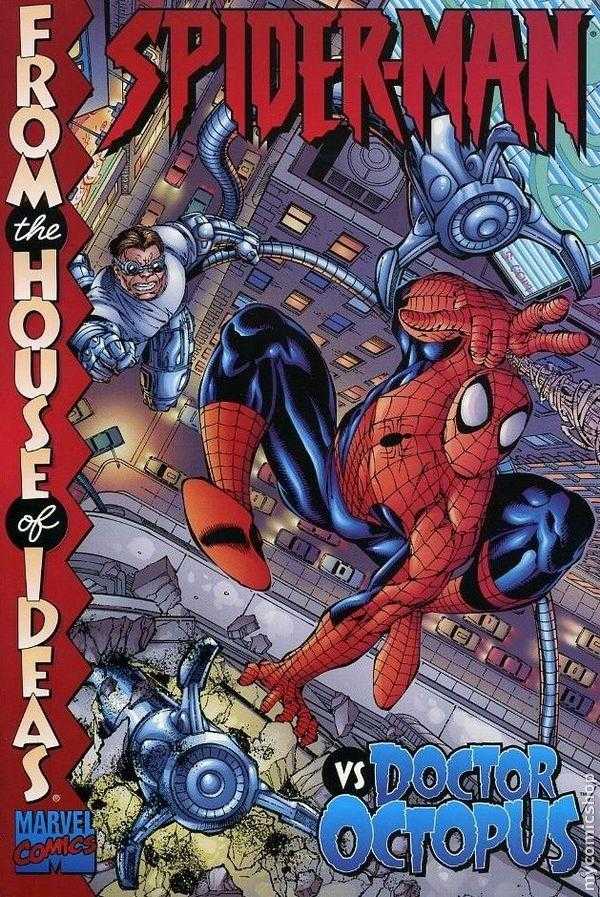 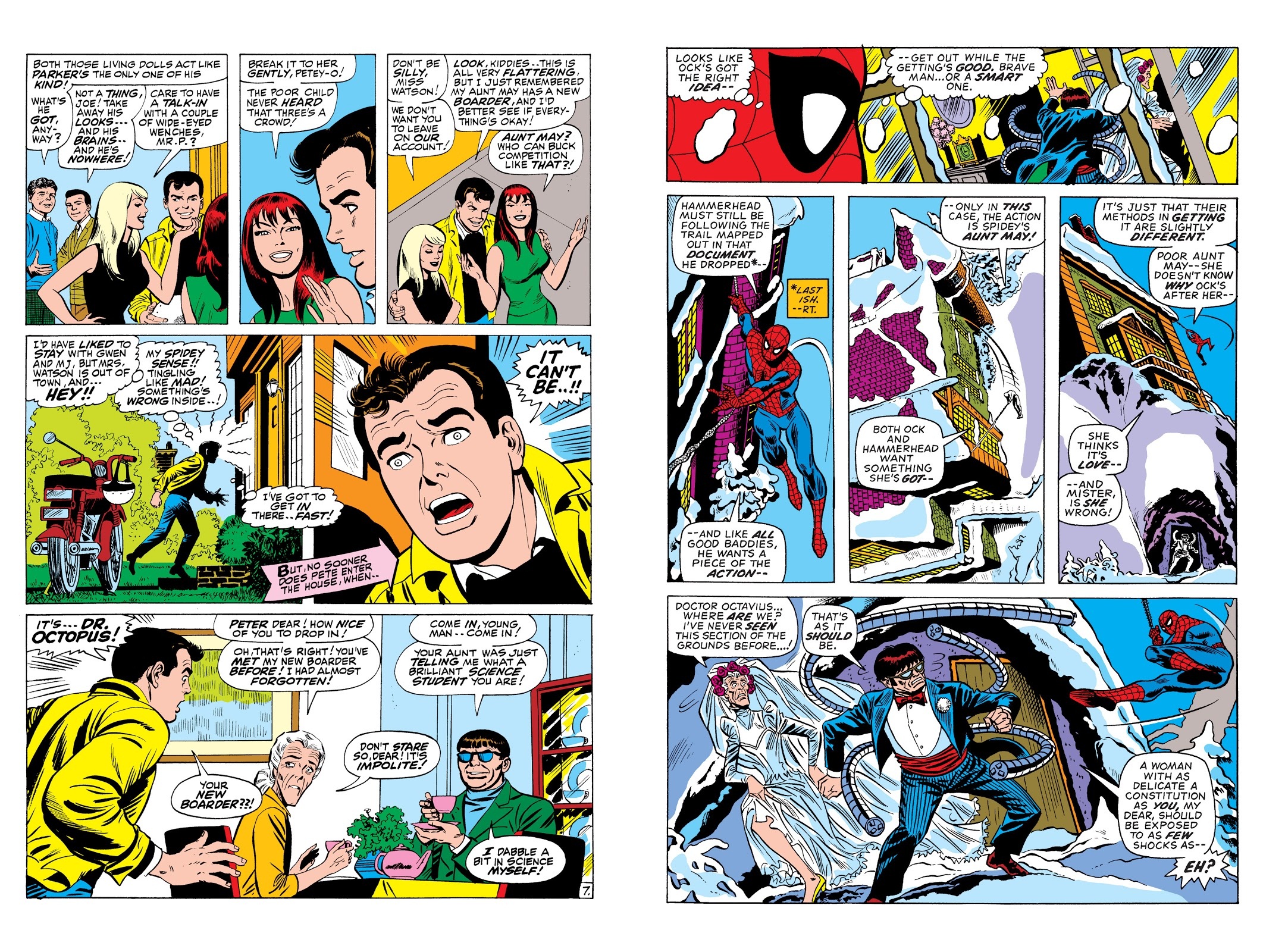 The most obvious question to be asked about this strange millennial compilation is why the most recent story in a book published in 2000 dates from 1981? Another question is why this is such a parsimonious collection? A total of five issues and an annual is hardly all encompassing. However, perhaps context is all, it lives up to the title, and two of the stories surely number among the milestones.

In 1962 Stan Lee and Steve Ditko’s work was visionary, but this was Lee in particular still finding his way, over-writing their introduction of Dr Octopus, but Ditko invests him with a still creepy quality. The white protective suit and lab environment create a forbidding atmosphere, and make for a villain immediately distanced. Lee and Ditko would combine for better Spider-Man/Doctor Octopus showdowns, but the inclusion of his first appearance is surely essential.

Skip forward five years and Lee has a far more assured touch with the narrative captions and dialogue, and while John Romita can’t equal the awkward other-worldliness Ditko gave Spider-Man, he compensates with the complete mid-1960s environment. It’s arguable that Peter Parker and his primary supporting cast have never looked better (sample art left), and his half page of Doc on the rampage tearing through army vehicles is great. Lee’s idea of Doc Ock boarding with Aunt May is still audaciously jaw-dropping, while hardly according her much in the way of dignity, and where Lee takes the plot is equally surprising.

If the idea of Aunt May taking in Dr Octopus as a border in 1966 introduced a superb tension, the preposterous idea of her almost marrying him in 1974 beggars belief. There is a reason for it, although not a very good one, and the better parts of Gerry Conway’s plot have Hammerhead continuing a gang war from an earlier story. The sample page right is deliberately funny, but Ross Andru is under-rated as a Spider-Man artist who applied a superb dynamism to the action scenes.

That 1981 story is Denny O’Neil’s plot, Frank Miller’s layouts and Klaus Janson’s art. It looks great, gritty and thrilling, although the poses feature some distorted figures if you do more than glance at them. Read it quickly without looking too closely, however, and the impressionistic work does its job well, and there’s a nice full page homage to Ditko’s work also. It’s Spider-Man vs the Punisher vs Dr Octopus, and O’Neil strings through the nice motif of ever-changing possible front covers to The Daily Bugle. It’s a rare story also where Dr Octopus has some credibility. Yes, he’s beaten by Spider-Man in the end, in a manner neatly tied in with the newspaper theme, but he has no problem seeing off the Punisher.

Each story features some nice elements, but only the last contribution still holds up in its entirety, which makes the selection puzzling. Surely someone on the editorial side realised this, and surely there were decent Dr Octopus stories between 1981 and 2000. Emphasising the redundancy without any sense of irony, the cover design features the phrase ‘From the House of Ideas’ in typeface as large as the title.